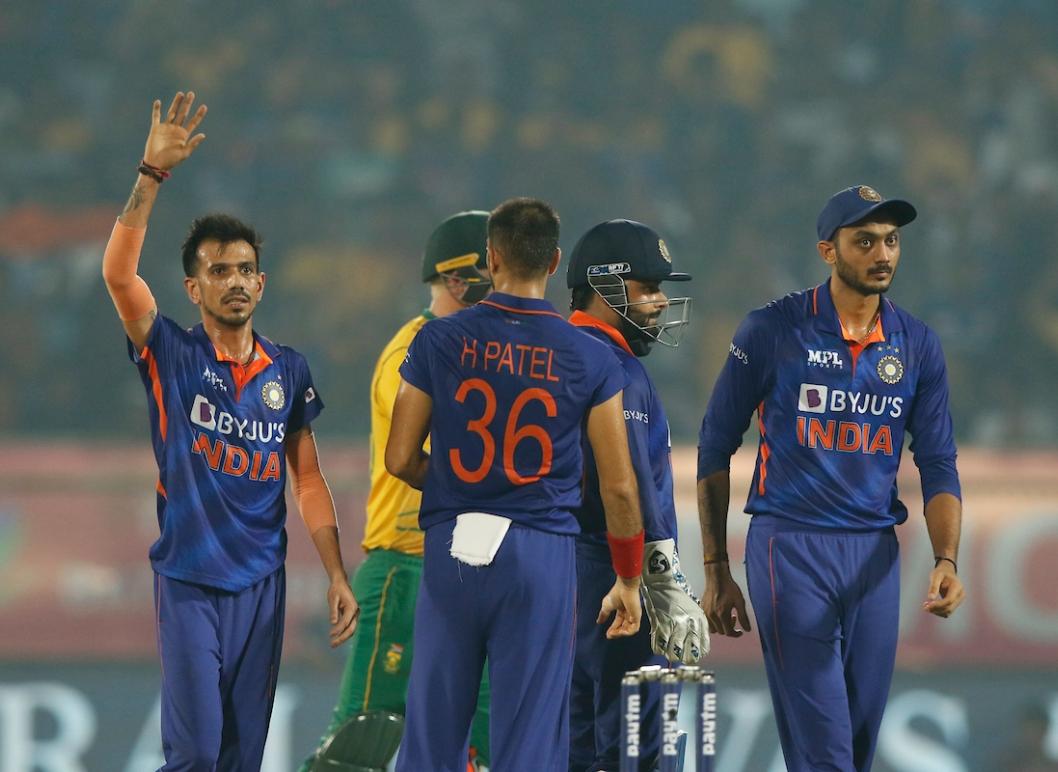 India will be looking to even the series score against South Africa in the five-match series when both teams hit the field at the Saurashtra Cricket Association Stadium here on Friday after a win by 48 runs in Visakhapatnam spared them from losing the series early.

Ruturaj Gaikwad and Ishan Kishan put up a blazing 97-run stand to set up India's base for a difficult 179/5 at Visakhapatnam 48 hours ago. Harshal Patel and Yuzvendra Chahal claimed four and three wickets respectively to bowl out South Africa for 131, after being off-colour in the first two matches in New Delhi and Cuttack.

India would like captain Rishabh Pant and top-order batter Shreyas Iyer to score large runs if they are to win the match. Pant hit some exciting strokes in Delhi, but his dismissals have a pattern: he's been dismissed three times for balls wide of the off-stump, and he's given catches to fielders in deep on the off-side. Pant must find solutions and return to his best with the Proteas bowlers playing away from his preferred hitting arc.

In every match, Iyer has been put to the test with short-pitched deliveries, and he has struggled against quick bowlers. But he's been brilliant in the field, gliding down the pitch and smashing Tabraiz Shamsi for sixes. Iyer would be excited at the prospect of altering his playing script.

With the ball, Chahal and Harshal excelled, while Bhuvneshwar Kumar maintained his impeccable form and Axar Patel provided solid support. They'd like pacer Avesh Khan to get some wickets, as the right-arm bowler has yet to take a wicket in the series.

South Africa, on the other hand, will be eager to swiftly forget about their loss in Visakhapatnam and a rare off day with the bat. Before their first loss to India in 2022, the Temba Bavuma-led side got runs from David Miller, Rassie van der Dussen, and Heinrich Klaasen in the first two matches.

Because Quinton de Kock is still recovering from a wrist injury, South Africa may opt to keep Bavuma and his replacement Reeza Hendricks at the helm. In terms of bowling, South Africa has been consistent in bringing India back into the game. The visitors, though, would prefer spinners Tabraiz Shamsi and Keshav Maharaj to have more control over the ball, since the large boundaries in Rajkot will force spinners to play.

Overall, India faces yet another must-win situation in order to tie the series with South Africa and force a decider in Bengaluru on Sunday.