IND v SA: KSCA announces 50 per cent refund for ticket-holders after rain washes out the match 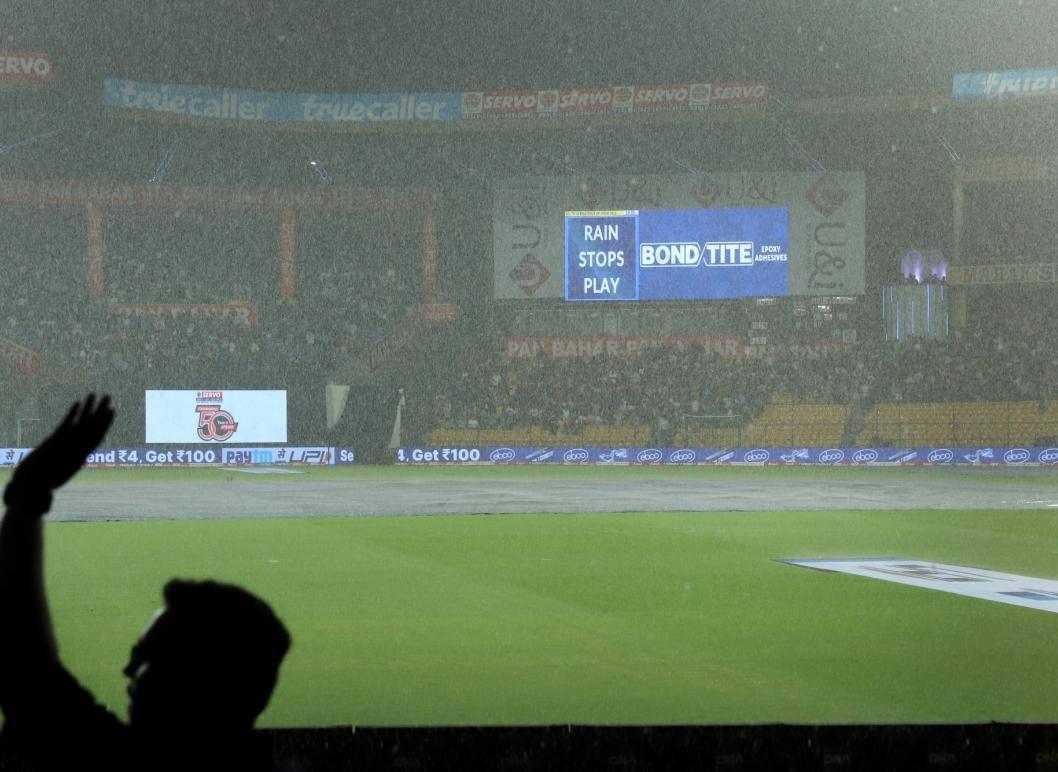 After the series decider T20I between South Africa and India at the M Chinnaswamy Stadium on Sunday was called off due to heavy rain, the Karnataka State Cricket Association (KSCA) stated that ticket holders will receive a 50% refund.

The fifth and final T20I was called off with India on 28/2 after right-arm bowler Lungi Ngidi dismissed openers Ishan Kishan and Ruturaj Gaikwad in only 3.3 overs.

When rain intervened and play was suspended for the final time, with over 16 minutes of play remaining, Shreyas Iyer was batting on nought and skipper Rishabh Pant was just off the mark on the very first ball he faced.

Rain eventually ruined the series decider, resulting in India and South Africa splitting the trophy with a final score of 2-2. Rain had previously caused a 50-minute delay in the start of play, limiting the match to a 19-over per side affair, as had been predicted for the match day.

"KSCA regrets to announce that the 5th T20I between India and South Africa at the Chinnaswamy Stadium was cancelled due to heavy and continuous rains after India batted just over three overs, as per terms and regulations, there would be no reimbursement even if a single ball is bowled."

"However, as a courtesy to cricket fans, the KSCA has decided to refund 50% of the costs of all bought tickets. The reimbursement mechanisms, as well as the dates, time, and location, will be disclosed shortly. All paid ticket holders are asked to keep their original tickets in order to receive reimbursements "Vinay Mruthyunjaya, KSCA Treasurer and Official Spokesperson, issued a statement.

India's white-ball squad will play two T20I matches against Ireland on June 26 and 28, while the Test side, made up of first-choice players, will face England in the postponed fifth Test match of the 2021 Test series at Edgbaston from July 1 to 5.