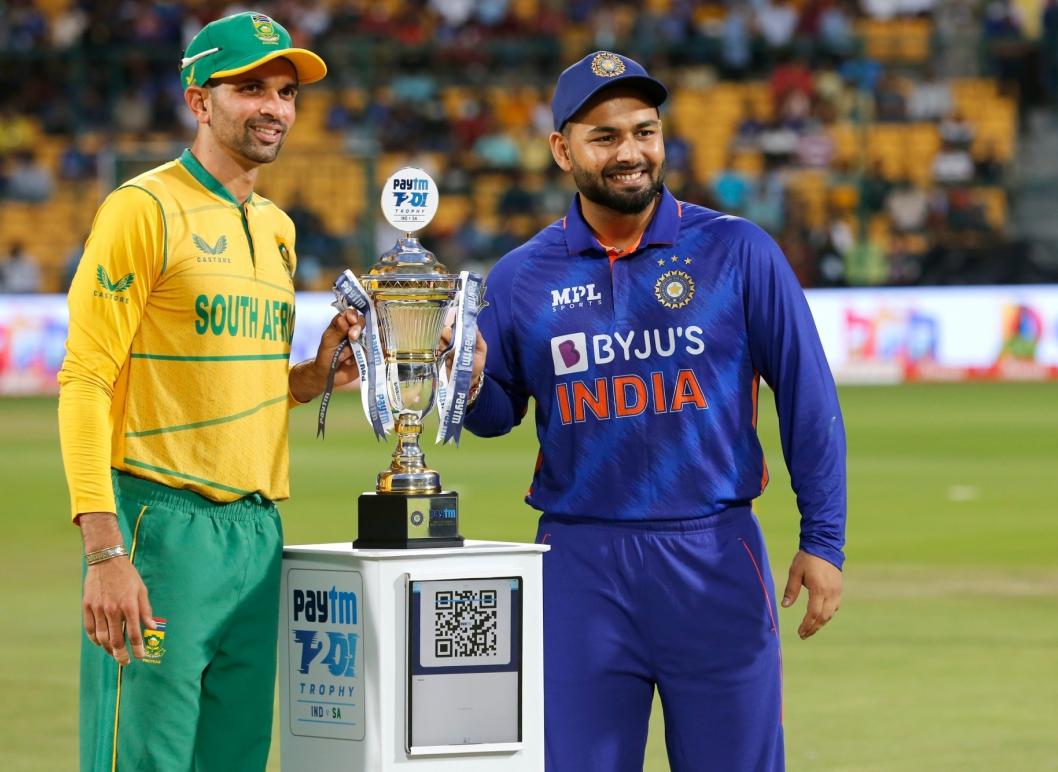 In place of an injured Temba Bavuma, stand-in skipper Keshav Maharaj won the toss, keeping South Africa's toss record spotless in the series. In place of Bavuma, Marco Jansen, and Tabraiz Shamsi, the visitors brought in Reeza Hendricks, Tristan Stubbs, and Kagiso Rabada. India, on the other hand, remained unchanged from the start of the series in New Delhi 10 days ago, fielding the same eleven.

The rain began to fall even before a ball was played as South Africa forced India to bat first for the fifth time in a row. Players from both teams hurried into the dugout as soon as the covers were put on.

The contest began after a 50-minute delay, and was now reduced to a 19-over-a-side game. Ishan Kishan teed off with back-to-back sixes, slog-sweeping Keshav Maharaj over mid-wicket and long-on with elegance and force.

In the next over, though, Kishan was misled by a slower ball from Lungi Ngidi that dipped on him, and he lost his off-stump. Ruturaj Gaikwad mistimed the loft to mid-on in the fourth over, allowing Ngidi to use the off-cutter once more.

Rishabh Pant was off the mark right away with a quick glance through the short fine leg, just as the rain began to fall again, this time heavier.

Between innings, umpires Anil Choudhary and K.N. Anantha Padmanabhan informed the broadcasters that the cut-off time for a 5-over game is 10:02 p.m., with mop-up procedures taking 25-30 minutes.

However, the rain continued to fall as word of the match's cancellation reached. It meant that a closely contested series, in which South Africa won the first two matches before India mounted a comeback with back-to-back victories, concluded without the conclusion it deserved owing to weather.

It also meant that South Africa maintained their streak of not losing a white-ball series in India since 2011.