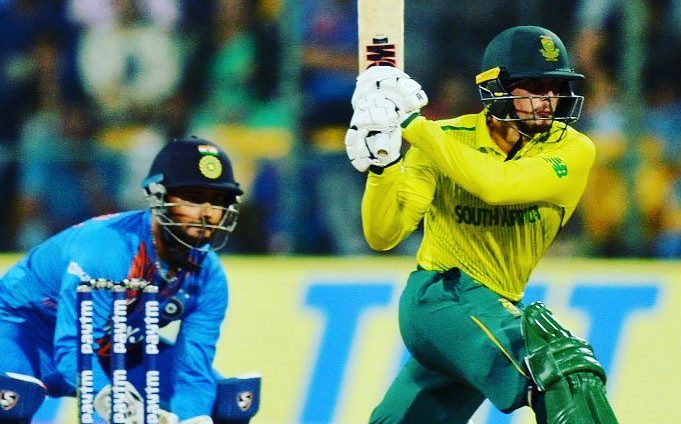 Cricket South Africa (CSA) and Board of Control for Cricket in India (BCCI) have reportedly agreed to play three T20Is in South Africa at the end of August, provided both governments allow the necessary clearances for the tour to go ahead. The series, which is not part of the Future Tours Programme, is said to have been negotiated by CSA’s director of cricket Graeme Smith and BCCI president Sourav Ganguly during a CSA executive trip to India in February and it was finalised via teleconference on Wednesday (May 20), reports ESPNCricinfo.

According to another report by Cricbuzz, CSA acting chief executive Jacques Faul told in an online press conference on Thursday that the board is hopeful about India’s visit to their country in August to play three T20s. He further spoke about the “willingness” of the Indian board to play the matches later in the South African summer, if the August series doesn’t get the government clearance amid the global COVID-19 crisis and travel restrictions.

Meanwhile, some insiders believe that in September South Africa is expected to reach the peak of coronavirus infection. Hence, the hosting the matches at that time seem highly unlikely.

However, for the financial health of CSA, which is forecasting losses of R654 million (USD 36 million approx) over the next four-year cycle; the series will be very important as hosting India can fetch them some much-needed revenue from the broadcasters and sponsors. Hence, they will go all-out to organise this three-match series.