India ahead after a hard fought day at Kanpur 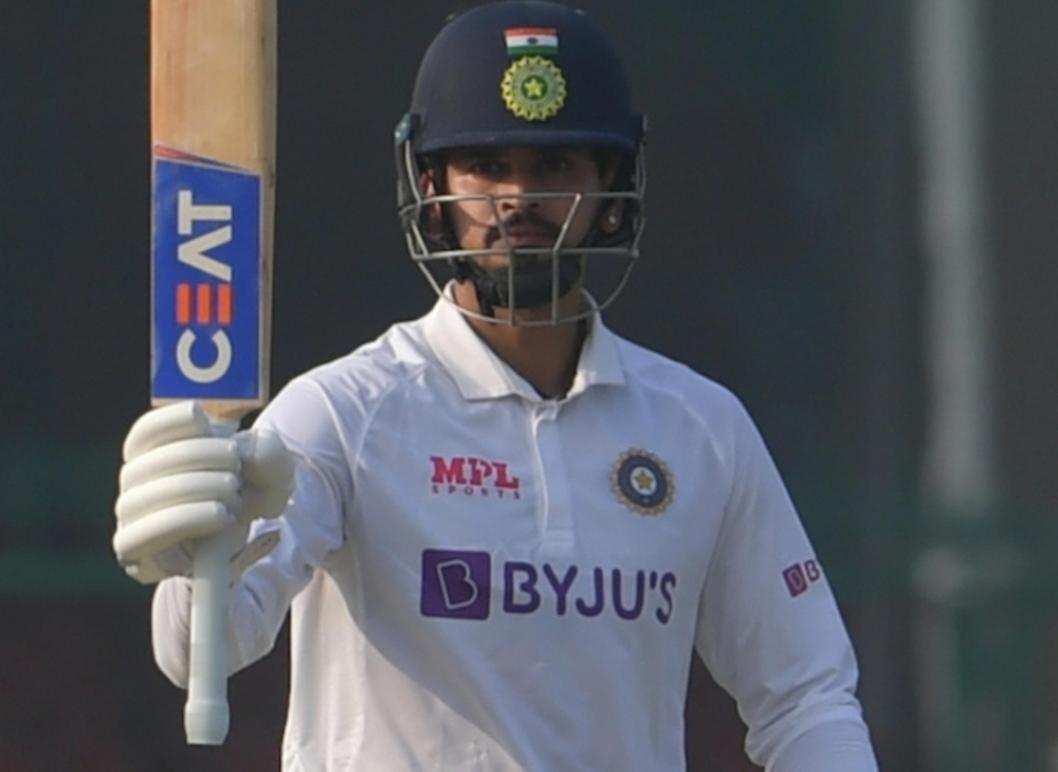 An unbeaten 113-run partnership between debutant Shreyas Iyer and Ravindra Jadeja put India on the driver’s seat at stumps on Day 1 in the first Test match against New Zealand, at Green Park, Kanpur. Iyer remained unbeaten on 75 and Jadeja on 50 after Kyle Jamieson put New Zealand in a strong position in his first ever Test match on Asian soil.

Earlier, India’s stand-in captain Ajinkya Rahane won the toss and decided to bat. Both teams went with three spinners, and fielded a debutant. While Iyer debuted for India, New Zealand gave out a cap to spin-bowling all-rounder Rachin Ravindra.

Both Mayank Agarwal and Shubman Gill were watchful for first few overs on their comeback. Kane Williamson began with Tim Southee and Jamieson. Southee almost got Gill leg-before in the third over, but Gill survived with the help of DRS: the ball had come off an inside edge.

Spin was initiated early as Ajaz Patel replaced Southee in the seventh over. He could have got a wicket in his first over, but New Zealand decided not to use DRS for a leg-before decision against Gill that might have been out. At the other end, Jamieson bowling beautifully, obtaining movement from the seemingly unhelpful pitch. He finally got his reward in his fourth over when Agarwal (13) nicked to wicketkeeper Tom Blundell.

Cheteshwar Pujara joined Gill, who started to look confident as the time progressed. Once the first hour passed, Pujara started to play more freely. A six and a four off Patel in the 17th over helped India cross fifty. Williamson soon brought on both Will Somerville and the debutant Ravindra, but Gill and Pujara continued without much troubled. Gill reached his fourth Test fifty just before the lunch as India went to break on 82/1.

Jamieson went through Gill’s defence soon after lunch before the latter could add to his pre-break 52. Williamson opted for a seam-spin combination almost throughout the entire second session. Jamieson and Patel were replaced by Southee and Somerville, before Jamieson had to take over when Southee walked off during his 11th over. Before that, however, Southee had Pujara (26), thanks to a very low catch by Blundell, reducing India to 106/3.

Pujara's dismissal brought Iyer to the middle to join his captain and senior Mumbai colleague, Rahane. They played cautiously to add 39 before Rahane (35) chopped Jamieson on to the stumps. Iyer and Jadeja then took India to 154/4 by tea.

Most of New Zealand’s excellent work was negated in the final session of the day. Iyer and Jadeja batted confidently and took the score to 258/4 without losing any more wickets. Williamson shuffled his bowlers around, including Southee, who returned to bowl six more overs including two with the second new ball.

Iyer played more aggressively after tea, reaching fifty in 94 balls. His eventual unbeaten 75 not out included seven fours and two sixes. Jadeja provided support before completing his own milestone in the penultimate over of the day.

The day was called off six overs early due to bad light. New Zealand will look to get few early wickets in the morning as they still have a new ball at their disposal. The Indian duo, on the other hand, will want to bat as long as possible.