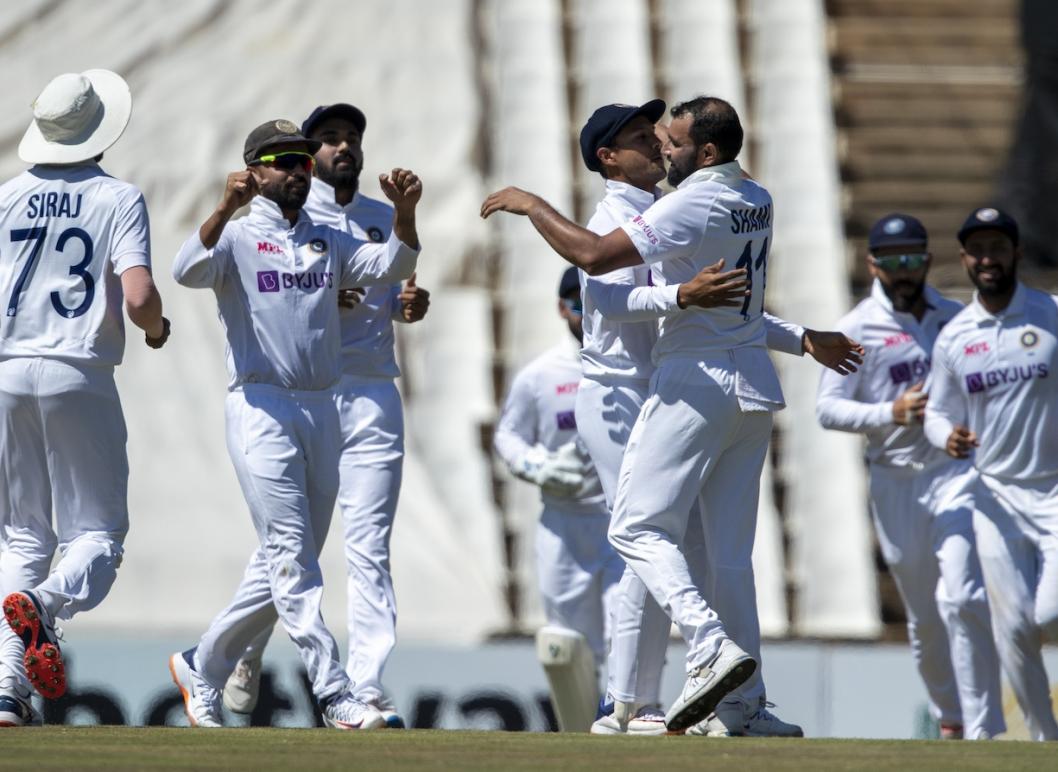 It took India a session and 12 balls on Day 5 to take a 1-0 series lead with a 113-run win against South Africa. They became the first Asian side to win a Test match at Centurion. Of course, they were lucky that the weather held up and they got the result in their favour before the thunderstorms could start as forecasted.

The day began with South Africa on 94/4, as Temba Bavuma walked out with Dean Elgar. They batted for 10 overs, adding 36. However, the Indian bowlers did not lose intensity. Mohammed Shami almost got a wicket when he forced Elgar into a false stroke, but dropped the return catch. Elgar was on 63 at this point. Soon, a ball from Jasprit Bumrah took Elgar's edge and flew through the gap between the second and fourth slips.

Bumrah finally struck, when Elgar (77) missed a flick, was struck in front of the stumps, and lost a review for his team. Soon, Quinton de Kock (21) chopped one on to the stumps off Mohammed Siraj, while Shami had Wiaan Mulder caught behind. South Africa went to lunch at 182/7.

Marco Jansen began with two fours after lunch, but Shami had him caught behind in the same over. India began with R. Ashwin at the other end. It worked, as Ashwin had Kagiso Rabada and Lungi Ngidi caught off consecutive balls to wrap things up. Bavuma remained unbeaten on 35.

This was South Africa’s third defeat in this ground in 27 Test matches and Indian bowlers played the key role. Shami finished with the match figures of 8-107 (5-44 and 3-63), while Bumrah had 5-66 and Siraj 3-92. Shardul Thakur and Ashwin chipped in with two wickets each.

K.L. Rahul was named Player of the Match for his first-innings century.

The teams will now travel to Johannesburg to play the New Year Test from 3 January.