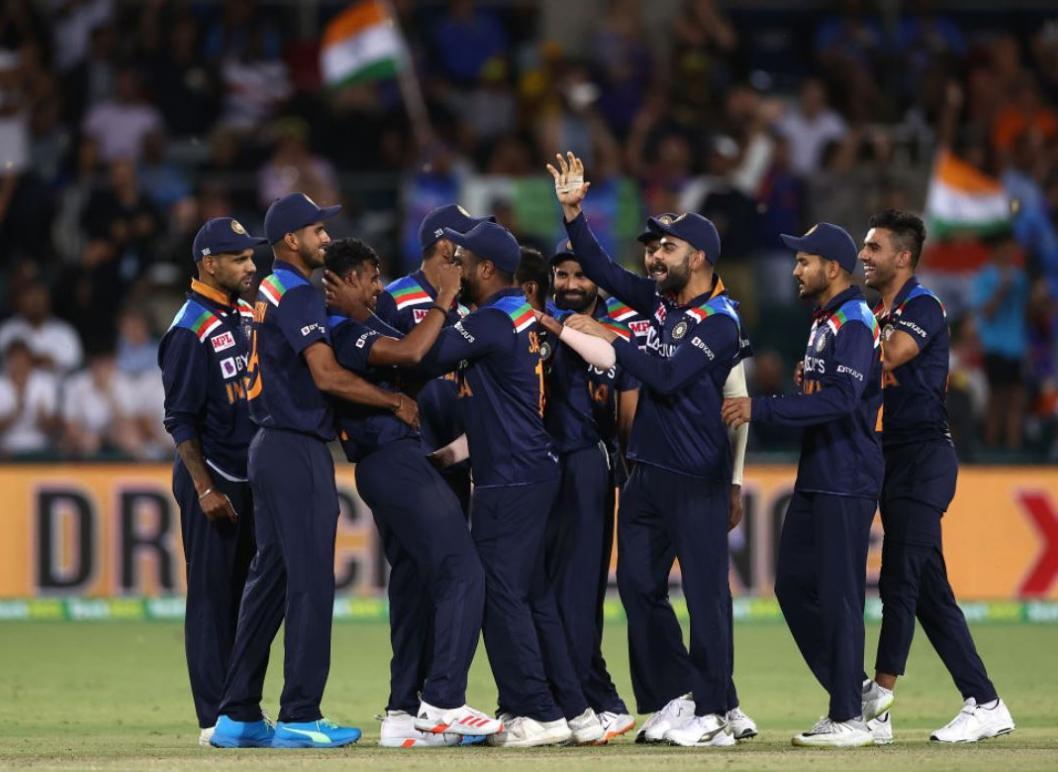 “I think a drawn series will be worse than the loss a couple of years ago,” former Australia skipper Ricky Ponting said on Monday. However, the Indian team on Tuesday went one step further as they came out with one of the best Day Five batting performances to beat Australia by three wickets in the fourth and final Test at The Gabba, thereby winning the four-match Border-Gavaskar series 2-1.

Chasing a mammoth target of 328 on the final day of the match, that too at a venue where Australia had not tasted defeat in the last 32 years, India rode on brilliant half centuries of Shubman Gill, Rishabh Pant, and Cheteshwar Pujara to register one of India’s most historic win in Test cricket.

When India scored the winning runs, Pant remained unbeaten on 89, alongside Navdeep Saini at 0.

Resuming the day at 4/0, Australia entered favorites and gave India an early blow as Rohit Sharma got out after scoring just seven. Sharma edged one behind Tim Paine off the bowling of Pat Cummins at the team’s score of 18.

However, Gill and Pujara then shared a brilliant 114-run partnership during which both collected runs at a brisk pace. While Gill was the more aggressive batsman of the duo, Pujara batted in his usual self, coping numerous blows on his helmet and hands but not giving up.

Gill, who scored his second half-century, looked all set to register his maiden, well-deserved Test hundred before he got out for 91 against Nathan Lyon — who was playing his 100th Test.

Skipper Ajinkya Rahane, who came in next, looked positive right from the word go and shared a quick 35-run stand with Pujara.

Rahane, after contributing with 24 off just 22 balls to India’s total, however, got out caught behind against Pat Cummins.

India then sent in Pant, instead of Mayank Agarwal, clearly signaling their intentions of going for the win.

Pujara and Pant stitched a 61-run partnership before India’s batting mainstay got out after playing a gritty, magnificent knock of 56 runs, which came off 211 balls.

Agarwal (9 off 15) then added 37 runs and once again put India in the ascendency. However, the right-handed batsman got out at the team’s score of 265, with India still needing 63 runs to win.

Washington Sundar, who had scored valuable 62 runs in the first innings, then came out all guns blazing and scored quick-fire 22 runs before getting bowled by Lyon, with India still needing 10.

Shardul Thakur, India’s unlikely batting hero in the first innings having scored 67 runs, then got out after scoring just two.

However, the work was almost done by then and Pant fittingly scored the winning boundary as India became the first team to beat Australia at The Gabba in over 32 years.

India had scored 336 in their first innings in reply to Australia’s 369. The visitors then bowled out Australia for 294 in their second innings, thus setting themselves a target of 328.

The hosts had won the first Test of the series in Adelaide while bowling out India with the pink ball for their lowest Test total of 36. The Rahane-led side, however, registered a stunning comeback in Melbourne, winning the Boxing Day Test by eight wickets. The third Test then ended in an epic draw in Sydney.

India, under Virat Kohli, in 2018-19 tour of Australia, had become the first Asian team to win a Test series Down Under.