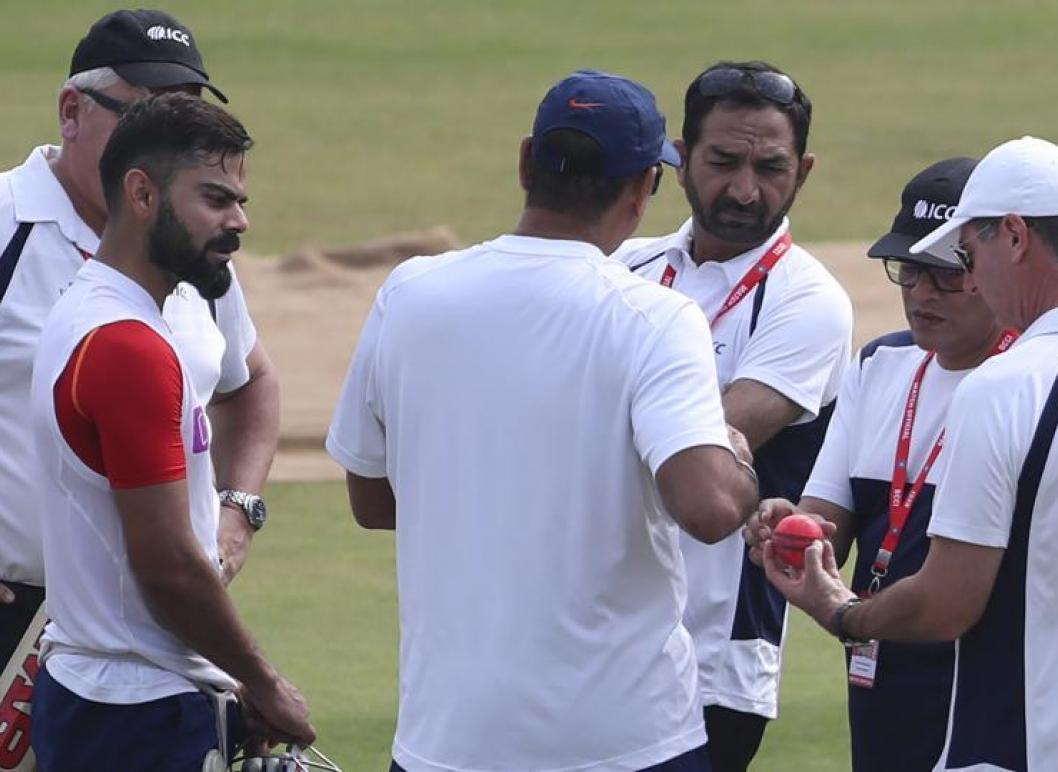 They were hesitant to take it up, but once they did, all India have been doing is practising with the pink ball or talking about it. Ahead of the Test series against Bangladesh, Virat Kohli insisted that India are very “excited” about playing with the pink ball under lights. India and Bangladesh playing a day-night Test will mean that now, Afghanistan and Ireland, newbies in Test cricket, are the only teams to have not played a day-night game.

“It’s quite exciting,” Kohli said. “I think it’s a new way to bring excitement to Test cricket. We are all very excited about that. The pink ball I played yesterday, I felt it swings a lot more as compared to the red ball because there’s extra lacquer on the ball which doesn’t go away too fast. And the seam holds upright quite a bit.

“I think if the pitch has extra help for the bowlers then the bowlers will be in the game, especially fast bowlers, throughout the course of the Test match. I don’t quite know how the old ball behaves with the dew and the lacquer going off. It will be interesting to see how much the old ball does. With the pink ball, with the pitch having enough, the life in it will be a very important factor.”

India had declined to play a day-night Test in Australia last year but with Sourav Ganguly at the helm of BCCI, things have changed. The new BCCI President was keen on making the pink ball Test happen and at Kolkata on 22nd, we will witness the historic occurrence.

Kohli and the others were seen practising with the pink ball in the twilight hours at Indore before the first Test.

“I hadn’t played with the pink ball before,” Kohli said. “I was given an opportunity to try and I wanted to, so that was my mindset behind playing with the pink ball. I think everyone else did it as well. You require extra concentration to pick the pink ball suddenly when you’re playing with the red ball. It [the alternating] was to work on the reflexes a little bit as well. Because when you play with the red ball in the net and you arrive at the pink ball, it gets very difficult to pick it up, which can be the case in the game as well. It sort of gives you the match scenario and how it might be difficult to pick it early on. To get into that zone was the reason behind it.”

“In Test cricket, I don’t think you can afford to take focus away at all, not even one session, not even one over,” he said. “With the red ball, you need to be absolutely precise in your focus, every game that you play, every ball that you play, every situation that you are in. Our prime focus is tomorrow’s Test match. When the pink-ball Test match arrives, as I said we will be quite excited about it.”