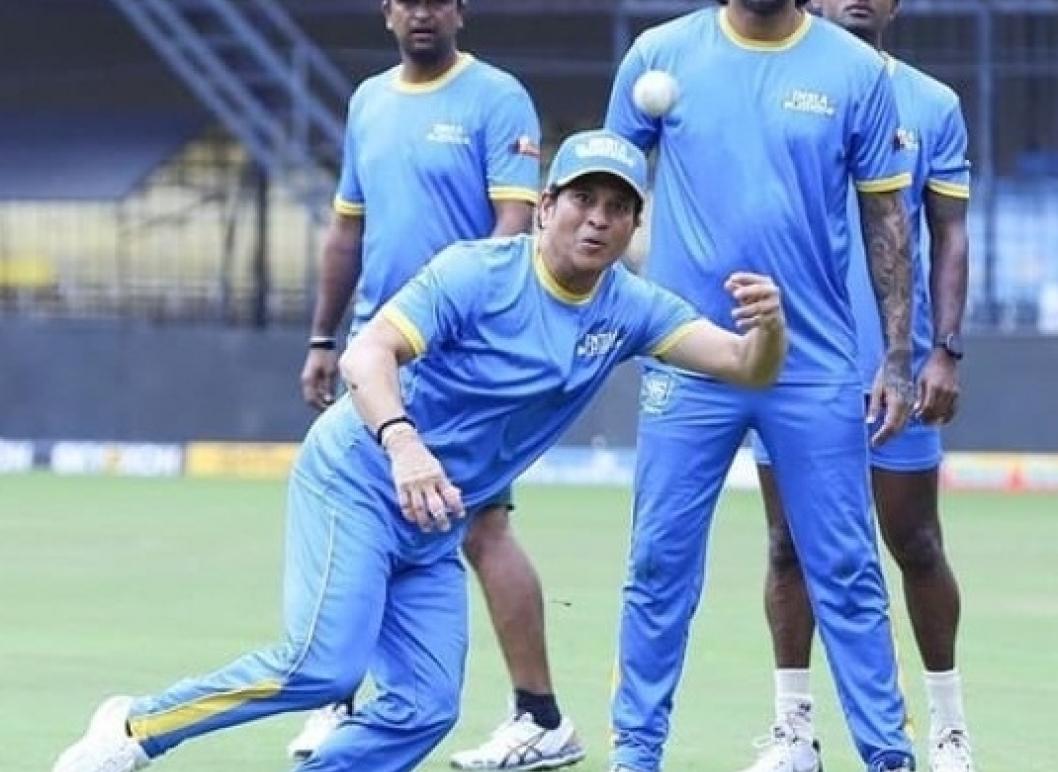 The team led by Sachin Tendulkar will play its maiden game in Dehradun, the state capital of Uttarakhand. Rain forced the postponement of the opening game of the Dehradun leg between the New Zealand Legends and the West Indies Legends on September 21.

Due to a damp outfield, the preceding league match between India Legends and New Zealand was called off on September 19 in Indore. In that match at Holkar Stadium, only 5.5 overs of the first innings could be completed before the heavens opened up, making the outfield soggy and unusable.

The team led by Sachin Tendulkar, who arrived in Dehradun on September 20, would be eager to get started and play a full game after having two of their first three games postponed due to weather.

Tendulkar and Naman Ojha, India Legends' opening pair against England Legends, will strive for a strong start on the power play. The Dehradun crowd will be hoping for a rain-free match and anticipating an entertaining shot from the master blaster, who was in outstanding form last time out against the Kiwi Legends. Tendulkar's superb strokeplay against New Zealand brought back fond memories for the crowd. The batting prodigy would be expected to have an even greater performance from the crowd in Dehradun, where the hosts will play twice.

T20 experts Suresh Raina, Yuvraj Singh, Stuart Binny, and Yusuf Pathan make up India's middle order. These players carried India in the initial match. In order to achieve a high total, the middle-order hitters will try to exert pressure on the English bowlers in the middle overs.

Irfan Pathan, Manpreet Gony, Munaf Patel, and Abhimanyu Mithun make up India's respectable speed attack, and Pragyan Ojha and Rahul Sharma provide the spin department a similar strong appearance. However, due to lack of match preparation for obvious reasons, all of these bowlers have been out of action for an extended period of time. Should the Indian tweakers become a touch rusty, it might be good news for the English batters.

Meanwhile, the Ian Bell-led England Legends are coming off a disgraceful loss to the West Indies. Mal Loye and Phil Mustard, the club's opening pair, have never been able to get the squad off to a strong start. The Men in Red's first objective should be to get off to a strong start in the powerplay against the Indian bowlers.

The middle order, which includes players like Darren Maddy, Ian Bell, and Rikky Clarke, will attempt to put up a valiant performance against the hosts. Rikky Clarke blasted a fantastic fifty in the previous game. Clarke, who scored a 25-ball 50 not out against WI while hitting five sixes and a few boundaries, will look to continue his recent success.

Stephen Parry, the English spinner, will experience a dream come true because he had stated a wish to bowl to the renowned Sachin Tendulkar throughout the competition. Watching the all-around player on the big stage will be interesting.