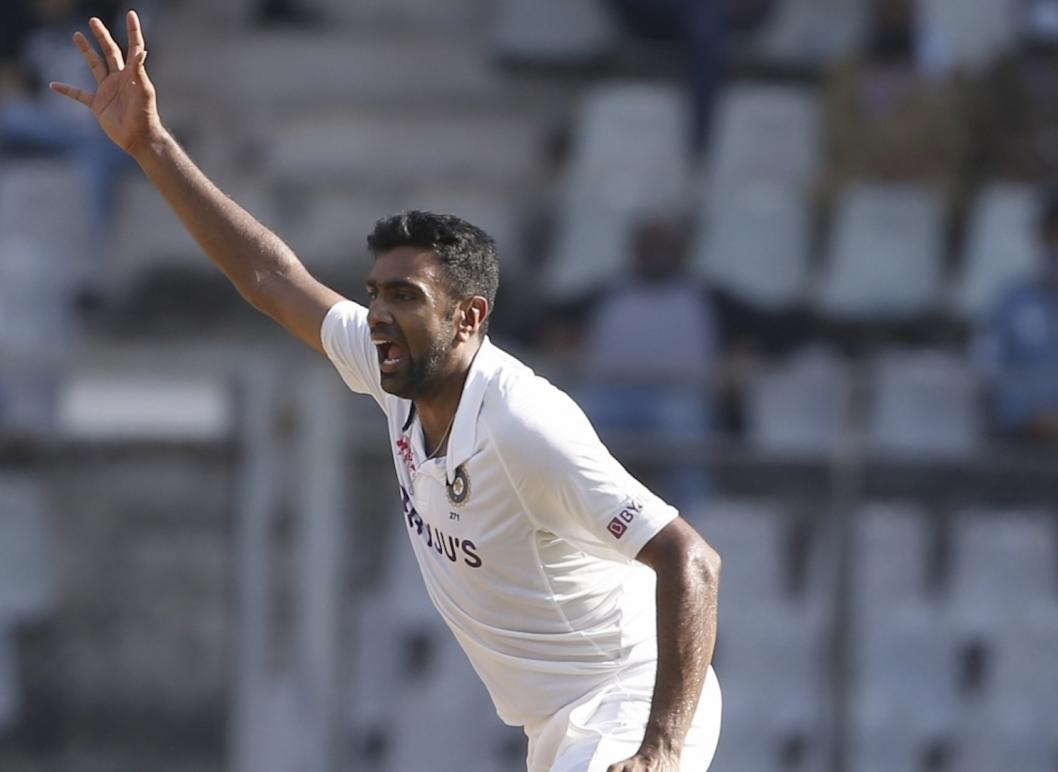 R. Ashwin triggered a New Zealand collapse early in the second innings. For a while it seemed the Test match at the Wankhede Stadium, Mumbai might get over inside three days. But New Zealand fought back to finish Day 3 on 140/5. They need another 400 runs to win the series.

Chasing 540 on a challenging surface, New Zealand lost captain Tom Latham in the fourth over, leg before to Ashwin. Will Young looked good for his 20 before Ashwin had him, caught at short-leg off his bat and pad. A few balls later, the experienced Ross Taylor fell to some self-imposed baffling tactics, as Ashwin struck for the third time.

Taylor’s slog-every-ball approach lasted eight balls and yielded six runs. Probably playing his final Test match on Indian soil, he finished with an average of 21.15 in the country, which will blot his legacy. In the five Tests from his last two India tours, Taylor has only 109 runs at 10.9, a reason for New Zealand’s struggle here.

Replacing Kane Williamson, Daryl Mitchell (60) exhibited brilliant application. Like Mayank Agarwal, he attacked the spinners without inhibition. Failing to draw a line on measured aggression, he fell to Axar Patel’s change of length, trying to clear the rope.

Mitchell and Henry Nicholls added 73 for the fourth wicket. The partnership was eventful for the array of attacking strokes they played and also for India’s consistent goofups with the DRS calls.

Like Taylor, Tom Blundell probably had a moment of brain-fade. He decided to sprint for a single after hitting a full-blooded drive to the mid off, only to gift-wrap his wicket to India in the form of a run out.

Despite the consistent plays and misses, Nicholls’ resistance helped New Zealand, the top-ranked Test side and the World Champions, salvage some pride as they managed to take the Test to the fourth day.

Yet again, a Mayank Agarwal and Ajaz Patel show

Ajaz Patel followed his world record perfect 10 in the first innings with four wickets in the second. His 14-225 are now the best Test match bowling figures by any visiting bowler in India.

Ajaz picked 14 out of the 17 Indian wickets to fall in the Test. Another three were picked by fellow left-arm spinner Rachin Ravindra, also of Indian origin.

Agarwal followed up his 150 with a steady 62, top-scoring yet again. His 212 runs in the match are still 10 more than New Zealand's match aggregate. Shubman Gill, forced to bat at No. 3 after sustaining an elbow injury on Saturday, missed his fifty by three runs. Shreyas Iyer (14) and Wriddhiman Saha (13) perished while looking to accelerate.

Earlier, Tim Southee did a Neil Wagner by coming around the wicket and peppering the Indian batters with bouncers. Pujara coped one on the elbow guard, while another bruised Agarwal’s wrist.

With Ashwin bowling beautifully with four others as support, India will look to finish the Test in the first session of Day 4. They have not won a Test match against New Zealand in over five years, having also lost every ICC tournament game against them since the 2003 ODI World Cup.