India in South Africa 2001/02: A controversial tour with some remarkable performances 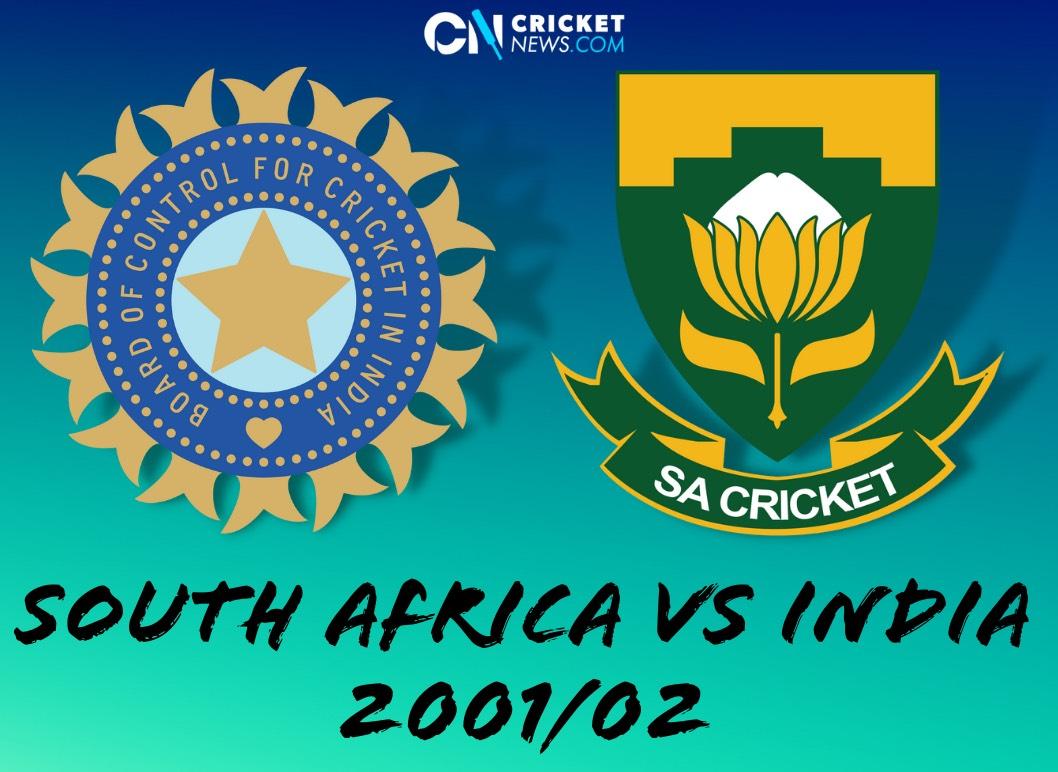 India lost the series on their previous tour of South Africa, in 1996/97, but they had almost won the third Test match, at Johannesburg. That Test match witnessed the first Test hundred of Rahul Dravid, and two fifties from Sourav Ganguly.  By the time India returned in 2001/02, Ganguly was leading India, with Dravid as his deputy.

After the euphoria of the 2-1 series win against Australia in early 2001, India struggled in both Zimbabwe and Sri Lanka. They started the South Africa tour with a triangular ODI series, involving the hosts and Kenya. They lost the final against South Africa by 6 wickets.

A week later, the two teams met at Goodyear Park, Bloemfontein for the first Test. Due to the lack of an in-form opener, India opened with Rahul Dravid along with S.S. Das, and fielded two debutants, in Virender Sehwag and wicketkeeper Deep Dasgupta. They had an inexperienced pace attack, with both Zaheer Khan and Ashish Nehra playing their first Test match in that country.

In contrast, the South African outfit consisted of seasoned international cricketers like Jacques Kallis, Lance Klusener, Garry Kirsten, Herschelle Gibbs, and Makhaya Ntini. At the helm was Shaun Pollock, who had done a commendable job, taking charge in the aftermath of the match-fixing scandal a year ago.

Asked to bat, India were left reeling at 68/4 despite V.V.S. Laxman's breezy 32. At this point, Sachin Tendulkar stepped up, and added 220 in 47.2 with Sehwag. As the South African fast bowlers bounced, Tendulkar and Sehwag responded with the uppercut, a stroke seldom used in Test cricket at that point. Tendulkar got 155 and Sehwag 105, and India eventually reached 379.

South Africa responded with 563 despite Javagal Srinath's five-wicket haul. Five of their top six got fifties, and that included hundreds from Gibbs and Klusener. Still, India seemed out of danger at stumps on Day 3, having reached 96/1.

Unfortunately, they collapsed to 237 on the fourth morning as Pollock picked up 6-56 to finish with a match haul of 10-147. South Africa won by nine wickets.

India dropped Zaheer and Nehra at Port Elizabeth for Ajit Agarkar and Harbhajan Singh, and used Dasgupta to open with Das and sent Dravid back to the middle-order. Gibbs led the South African charge with 196 out of a total of 362.

But that is not what the Test match is remembered for. After Day 2, match referee Mike Denness announced several sanctions on the Indian players. Sehwag was suspended for one Test match and Harbhajan, S.S. Das, and Dasgupta were handed a suspended ban, for excessive appealing; Ganguly was fined inability to control his side; and Tendulkar was given a suspended ban for the allegation of ball-tampering.

It created a huge uproar among Indian media and fans. The punishments were considered unfair, more so because the South Africans went unpunished despite similar on-field behaviour.

The ICC backed Denness. The BCCI threatened to abandon the tour. The teams eventually played the third Test match, at the SuperSport Park, Centurion, but it was not granted Test status. Connor Williams, who played for India in the match, never got a Test cap. South Africa won the Test by an innings.