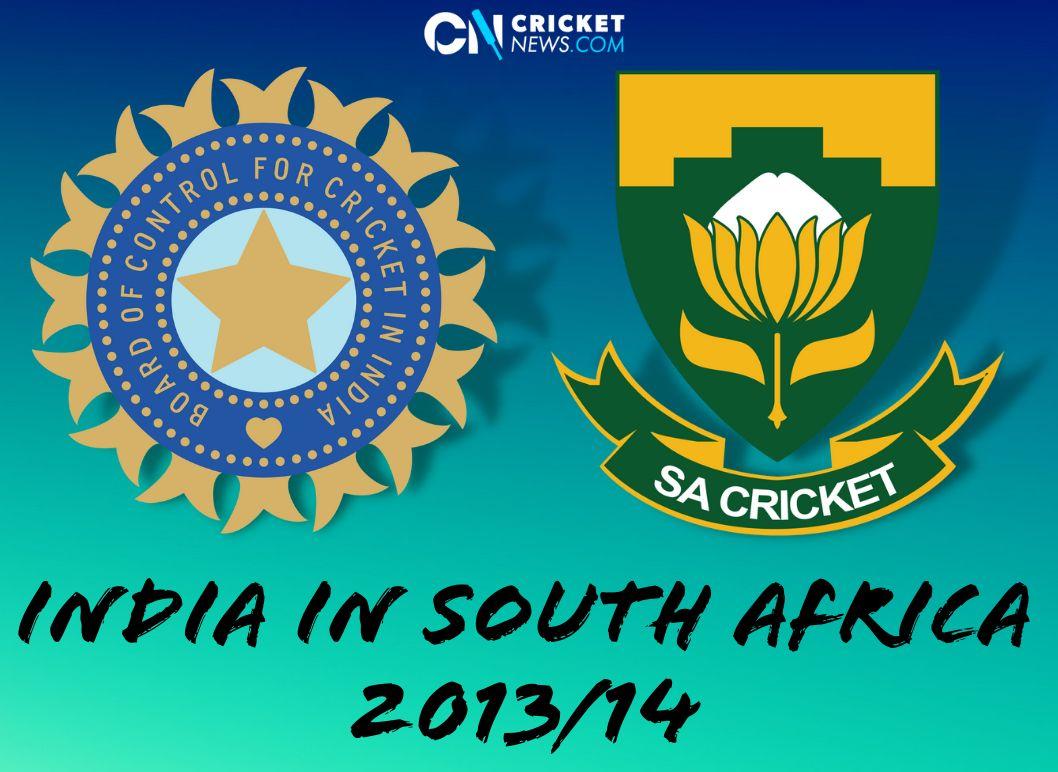 India’s 2013 tour of South Africa involved three ODIs and two Test matches and with a two-day practice match between the two legs. The series was affected by rain, and the third ODI and the practice match had to be abandoned.

This was India's first Test series after the retirement of Sachin Tendulkar, while Zaheer Khan was in the last phase of his career. And on Christmas, Jacques Kallis announced that the Boxing Day Test, the second match of the series, would be his last.

Indians lost the ODIs 0-2 primarily due to a young Quinton de Kock’s brilliance. The young wicketkeeper opened in all three matches and posted a century every time. For India, the only positive was the bowling of Mohammed Shami, who picked up three wickets in each ODI.

In the first Test match, at the Wanderers, Johannesburg, India brought another Mumbai batter, Ajinkya Rahane, to replace Tendulkar, as M.S. Dhoni won the toss and took a positive decision to bat. India lost openers M. Vijay and Shikhar Dhawan by 24/2 before Cheteshwar Pujara and Virat Kohli, promoted to fill Tendulkar's position at No. 4, took charge.

Ishant Sharma (4-79), Zaheer Khan (4-88) and Shami (2-48) then bowled out South Africa for 244, securing a 36-run lead. They could have been out even more cheaply, but Vernon Philander's fifty helped them add almost 100 runs for the last four wickets. Graeme Smith top-scored with 68

When India batted, Pujara and Kohli added 222 for the third wicket. Pujara scored a masterful 153, while Kohli fell four short of his hundred. Indians posted 421 and set a target of 458. Morne Morkel was injured after bowling just two overs, and Kallis had to bowl 20 overs for his 3-68.

It became an interesting chase, thanks to some great South African batting. The openers began well before centuries from Faf du Plessis and A.B. de Villiers kept them in the hunt. At 402/4, South Africa seemed set to pull off the highest chase in the history of Test cricket.

But Ishant got de Villiers, and Rahane brilliantly ran out du Plessis. Philander and Dale Steyn decided to play safe, more so given the injury of Morkel. South Africa finished on 450/7.

Both teams made a change to their spin attacks for the second Test match, in Durban. Ravindra Jadeja replaced R. Ashwin, while Robin Peterson came in for Imran Tahir.

Indians batted, and there were contributions from the top order, Vijay scoring 97 and Pujara 70. A chunk of the first two days was wasted due to bad light and wet ground. At 320/5, India would have hoped for a total around 400, but a Steyn (6-100) bundled them out for 334.

Kallis made his last Test memorable by scoring a hundred in his last innings. He became the third South African to achieve this feat, after Barry Richards and Lee Irvine. He found support from de Villiers (74), Alviro Petersen (62) and Peterson (61). Jadeja toiled hard for his 6-138, but could not stop South Africa from posting 500.

The 166-run lead turned out to be decisive, as India were bowled out for 223 despite Rahane’s 96. Steyn and Philander picked up three wickets each, while Peterson got 4-74. The South African openers chased down 58 without fuss.