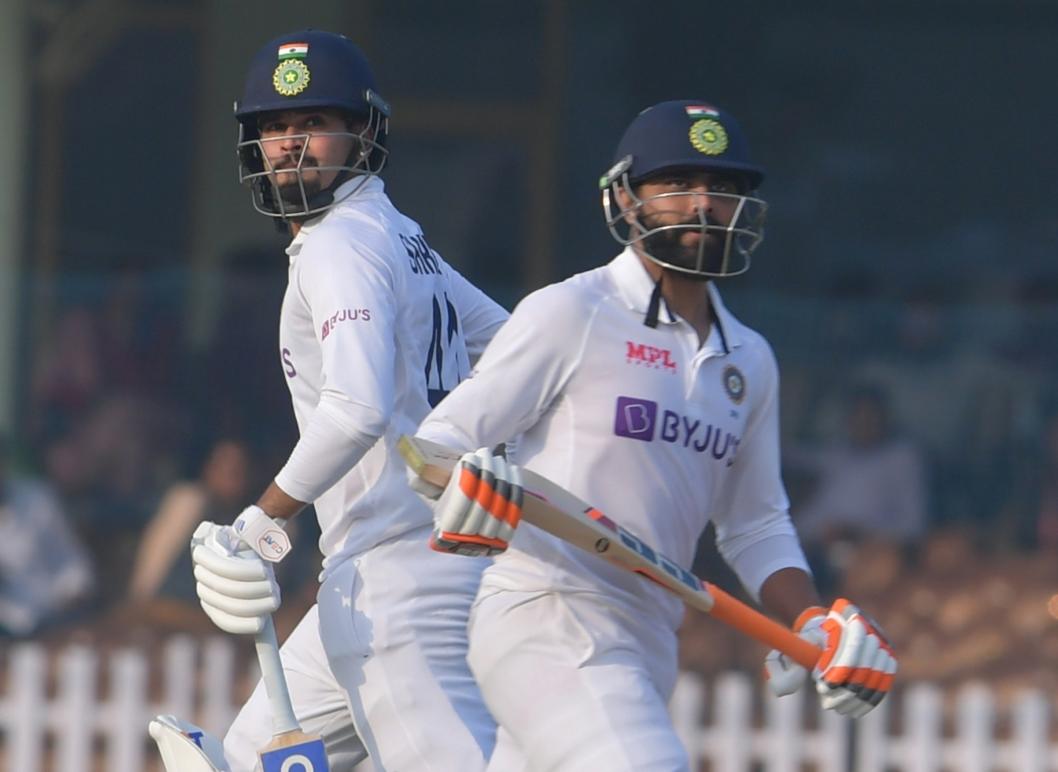 The first session of the second day of the India-New Zealand Kanpur Test match may determine which way the match – and series – will swing.

India, 258/4, are placed better than New Zealand. Batting was supposed to be their area of concern, especially with the absence of K.L. Rahul, Rohit Sharma, Virat Kohli and Rishabh Pant.

There was movement, both in the air and off the pitch, and the surface showed unevenness. There is every reason for India to walk away as the happier team after Day 1. New Zealand probably missed a trick by not including Neil Wagner as all four Indian wickets fell to pace. But then... what if they had won the toss and batted?

Day 2 will be a fresh start. The second new ball is just three overs old. There will be seam and swing on offer in the first hour, with both Tim Southee and Kyle Jamieson possessing excellent skills to capitalise on it. Whether home or away, India have a penchant for remarkable collapses. Less than six months back in Southampton, New Zealand triggered it – twice.

In a year-and-a-half-old international career, Jamieson, 26, has helped trigger several Indian batting collapses. On Thursday, with three key wickets, he dismissed the myth of being a condition-specific bowler, more suited for the conditions back home or in England.

Another wicket will make him the fastest New Zealander to fifty Test wickets, beating Shane Bond by three Test matches. A sixth five-wicket haul is also in sight – and he is only playing his ninth Test.

For India, if Shreyas Iyer (75*) and Ravindra Jadeja (50*) champion the first hour, they will pave the path for another Indian victory on home soil.

Trivia: Jadeja and Iyer have shared a 113-run stand for the fifth wicket. Interestingly, both were born on December 6. Jadeja was born in 1988; Iyer is exactly six years younger.

While captain Ajinkya Rahane (35) and his deputy Cheteshwar Pujara (26) were expected to helm India’s batting fortunes, it was Shubman Gill, Iyer and Jadeja who held the fort, further throwing light on the batting talent depth.

The Indian formula, not a complex one, merely got simpler after they won the toss: to get a first-innings total in excess of 400 and unleash R. Ashwin, Jadeja and Axar Patel on a surface over a hundred overs old. Not to forget, for matters like movement and reverse swing, they have the experience of Ishant Sharma and Umesh Yadav to fall back on.

Shreyas Iyer must grab the opportunity

India played the historic Adelaide Test match of 2014/15 that marked the beginning of the Kohli era back in 2014/15. Roughly around the same time, Iyer, barely 20, made his First-Class debut for Mumbai in their infamous defeat against Jammu & Kashmir.

Despite a dismal debut, Iyer finished with over 800 runs and an average of over 50 in his first season. The following year, he kept breaking one record after another. He was barging the selection doors after amassing 1,321 runs at an average of over 73, striking at almost 93. He was not the khadoos Mumbai cricketer. He did his thing in his style.

He made a mark in white-ball international cricket. He rose in stature as a leader in the IPL and other domestic tournaments. And he openly expressed disappointment when chances did not come his way. But the Test cap remained a distant dream.

In 2017/18, he had beaten a strong New Zealand A attack, comprising Matt Henry, Lockie Ferguson, and Ish Sodhi, to the pulp, with 108 and 82 in the unofficial Tests. His strike rate in the series was over 100.

Rahul’s injury opened the door for Iyer, who became India’s 303rd Test cricketer. The wait has been long, and now he finds himself 25 short of becoming the 15th Indian to score a hundred on Test debut. It will be crucial for him to continue with the measured aggression, especially in the first hour on Friday.

Making a comeback after the disastrous Adelaide Test of 2020/21, Wriddhiman Saha also has a lot to prove about his much-debated batting ability. Despite their heroics against England at home, Ashwin and Axar have found themselves out of the XI for four and five Tests, respectively.

A crucial first session that may alter the balance, a bunch of hungry Indian cricketers, and the top-ranked Test side in the ICC Rankings make great ingredients for an enjoyable second day at Green Park in Kanpur.