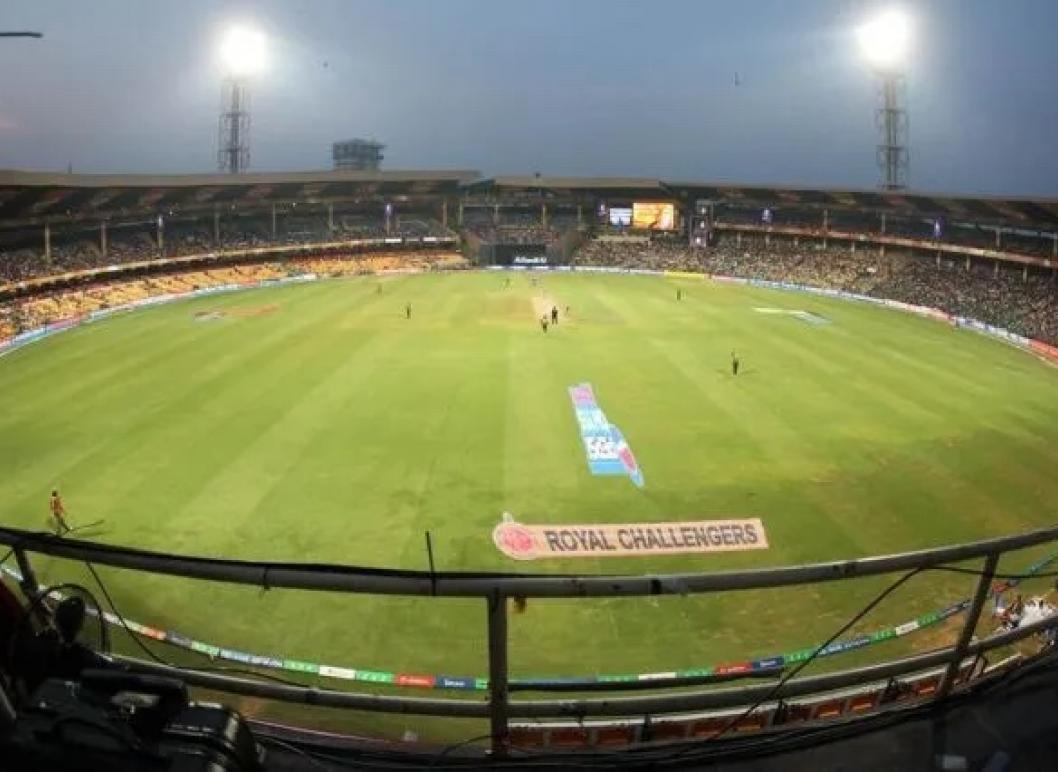 The fifth T20I between India and South Africa, at Chinnaswamy Stadium, Bengaluru, had to be called off after 3.3 overs of cricket. As a result, the five-match series ended in a 2-2 draw. After losing in Delhi and Cuttack, India had done well to level the series with comprehensive wins in Visakhapatnam and Rajkot. However, the much-awaited series decider turned out to be a damp squib.

Keshav Maharaj, standing in for the injured Temba Bavuma, opted to bowl after winning the toss. Apart from Bavuma, South Africa also left out Marco Jansen and Tabraiz Shamsi, and brought in Tristan Stubbs, Reeza Hendricks, and Kagiso Rabada. India, on the other hand, became the first ever team to play a bilateral five-match T20I series with the same XI.

It rained just before the scheduled time of play, reducing the match to a 19-over contest. Maharaj bowled the first over, and Ishan Kishan (15 in seven balls) lofted the second and third balls into the crowd over deep mid wicket. At the other end, Lungi Ngidi (3.3-0-6-2) bowled a superb slower ball that Kishan missed completely and lost his off stump.

Rabada replaced Maharaj to bowl an excellent over. Ruturaj Gaikwad (10 in 12 balls) pulled the fourth ball for four, but Rabada dominated the duel, cramping Gaikwad for space. At the other end, Ngidi bowled an off cutter that Gaikwad mistimed, and Dwaine Pretorius ran backwards at mid on to take the catch.

Rishabh Pant joined Shreyas Iyer, and flicked the first ball he faced for a single. But the skies opened immediately after that, and play did not resume. Bhuvneshwar Kumar was named Player of the Series for figures of 14-0-85-6.