Indian colts warming up for Under-19 World Cup 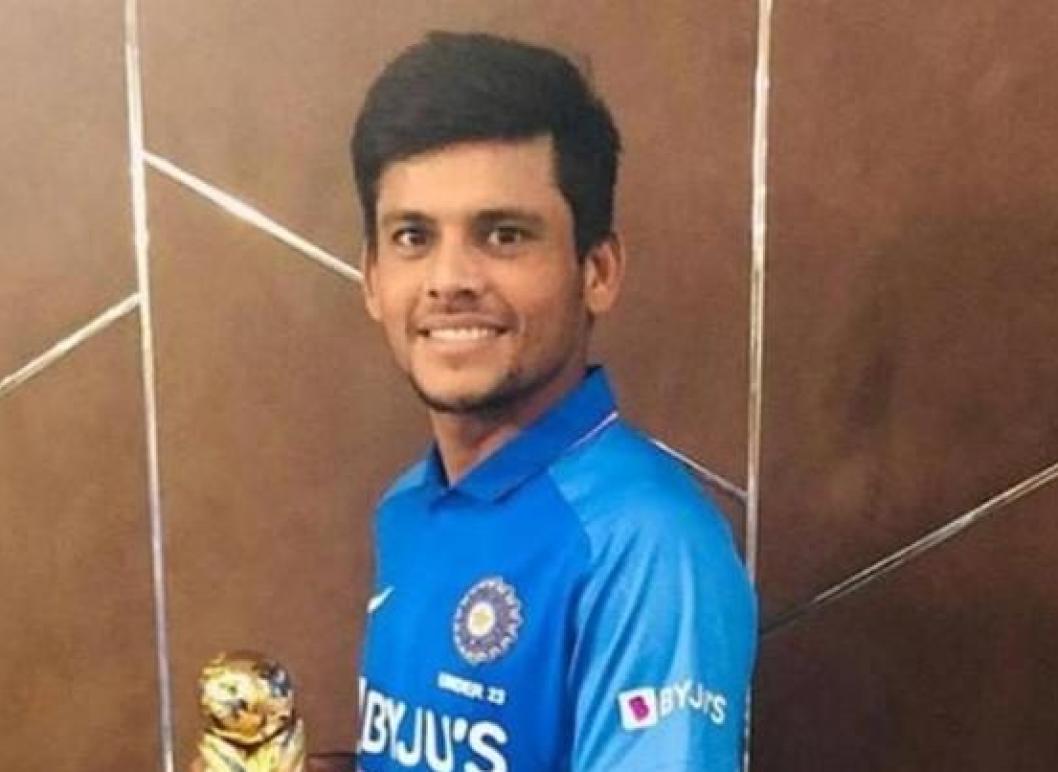 The Priyam Garg-led Indian Under-19 team is presently preparing for the upcoming Youth World Cup in South Africa with a three-match ODI (Youth) series against the hosts. And the defending World Champions have started the tour on a positive note as they beat South Africa by a comfortable margin of nine wickets in the first Youth ODI at East London on Thursday (December 26).

Half-centuries from Divyaansh Saxena and Tilak Varma helped India under-19s to register the Boxing Day victory at the Buffalo Park Stadium, which has given the hosts a 1-0 lead in this series as well as a confidence booster before the World Cup, which is taking place from 17 January – 09 February in the ‘Rainbow Nation’.

Saxena scored an unbeaten 86 off 116 balls (11 fours), while his opening partner contributed a valuable 59 off 95 deliveries (9 fours) during their match-winning partnership for the first wicket as India successfully chased down South Africa’s score of 187 all out.

Earlier in the day the hosts won the toss and elected to bat first, with openers, Andrew Louw and Ruan Terblanche looking to get the home side off to a solid start. Despite the batsmen looking untroubled in the opening overs, early inroads were made by the Indian bowlers as Terblanche (9), Jonathan Bird (16), Louw (26) and Pheko Moletsane (1) were all dismissed within 16 overs. The latter three all fell victim to the impressive spin bowling of Shubhang Hegde (2/32) and Ravi Bishnoi.

Those wickets brought Luke Beaufort and debutant Jack Lees to the crease, with the two combining to good effect to stabilize the hosts’ innings, adding 47 runs for the fifth wicket before Lees was caught behind for 27 off Bishnoi.

With wickets falling around him, Beaufort continued to fight with a well-composed  64 off 91 balls before being run out in the 47th over. He was aptly supported by another player making his debut, Merrick Brett, who’s quickfire 18 pushed the South Africans towards the 200-run mark.

For the visitors Bishnoi ended as the away side’s best bowler, taking three wickets for 32 runs with his right-arm leg spin, while Kartik Tyagi (2/28) and Atharva Ankolekar (2/35) also added to the wickets column as the hosts batting was bundled out 13 runs before the 200 runs.

In their chase, India was made to bat well and their opening pair obliged. Man of the Match, Saxena, and Varma proceeded to capitalise on any bad deliveries from the bowlers as the duo amassed 127 runs for their opening stand to take the game away from South Africa.

Although there were notable performances with the ball from Lees, who finished with none for 27 in his 10 overs, Brett (0/26) and Achille Cloete (1/42), the Indian batsmen adjusted well to the conditions before Kumar Kushagra finished off the home side with a run-a-ball 43 that included six fours as India reached 190/1 with 7.3 overs to spare.

The second and third Youth ODIs will take place on December 28 and 30 respectively at the same venue.