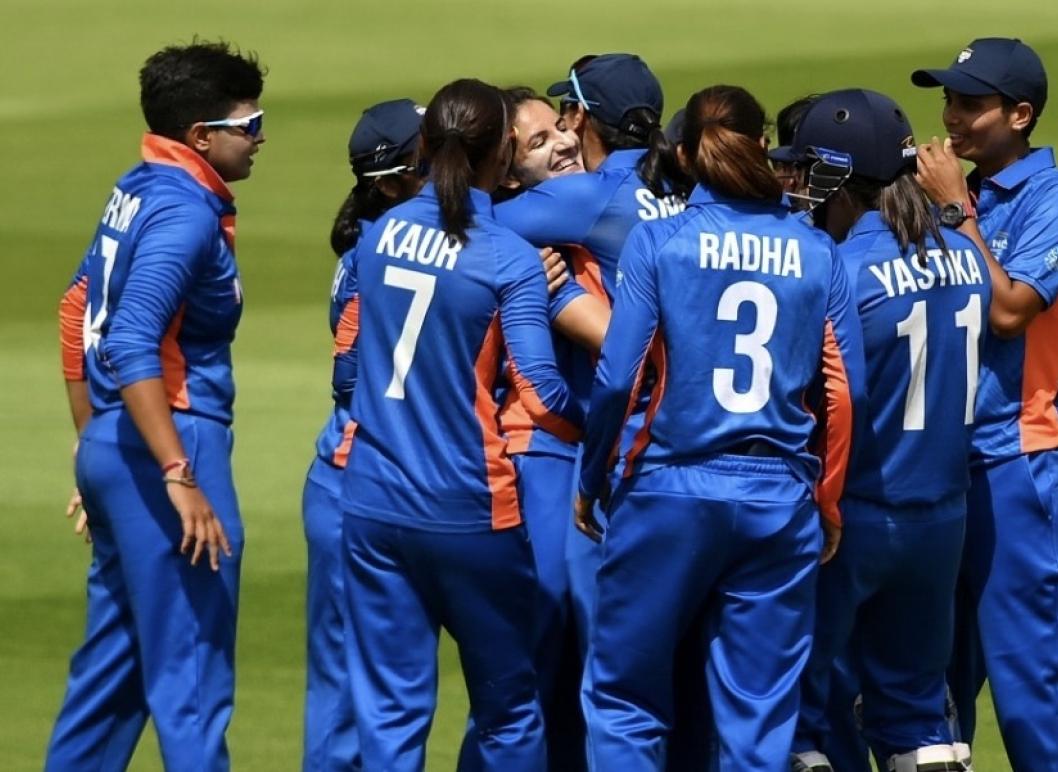 The ICC announced on Wednesday that Renuka Singh, an Indian fast bowler, and five other players have been nominated for Player of the Month honours for July.

Jonny Bairstow, the ICC Men's Player of the Month for June, is nominated once more after outstanding at-bat performances for England, while Sri Lanka's Test debutant and spin wizard Prabath Jayasuriya makes his first appearance on the shortlist. Gustav McKeon, a record-breaking adolescent sensation from France, completes the male lineup for July.

Nat Sciver has won the Player of the Month award before, and her second consecutive shortlist inclusion comes as a result of her exceptional efforts in the ODI and T20I series against South Africa. A dangerous Indian seamer named Renuka rounds out the shortlist, which includes England's Emma Lamb, who had a very successful month with both the bat and the ball.

Bairstow, who took home the ICC Men's Player of the Month honour for June, continued to put on dazzling performances in July. During his team's final Test match against India at Edgbaston, he once again displayed his exceptional batting form, scoring 106 and 114 to secure another historic Test triumph and, against all odds, secure a 2-2 series tie.

His case for winning a second consecutive award for July is strengthened by his noteworthy batsmanship throughout his team's white ball series against South Africa, including a 53-ball 90 in the opening T20I.

On the other side, Sri Lanka's Jayasuriya had a spectacular start to his Test career in July, collecting an incredible 29 wickets over the course of three matches at an average of 20.37 against stern competition. Jayasuriya, who was drafted into the team after a humiliating 10-wicket loss to Australia, shredded the visiting lineup in the second Test, taking six for 118 and six for 59 to seal a convincing innings triumph.

He went on to have a very successful month, taking nine and eight wickets respectively in the next two Tests against Pakistan to solidify his claim to be named the ICC Men's Player of the Month for July.

Few cricket players will have as exciting of a debut in the international game as France's teenage sensation McKeon. During the ICC Men's T20 World Cup 2024 Sub Regional Europe B Qualifier in Finland, the 18-year-old broke records by being the first player to ever hit four consecutive half-centuries in his first four T20Is, turning two of those scores into centuries against Switzerland (109) and Norway (101).

In five T20I matches, McKeon excelled for France, scoring 377 runs at an average of 75.40 and a staggeringly excellent strike rate of 164.62.

Renuka Singh of India has received her maiden nomination for the ICC Player of the Month award in the women's division as a result of a productive month with the ball. She had a spectacular start to India's quest for the Commonwealth Games gold in Birmingham, sharing the lead in wicket-taking for her team's ODI series in Sri Lanka with seven wickets at a superb average of 12.85.

Her most impressive individual performance of the month may have been the way she demolished Australia's top order in their opening match, taking four wickets for 18 runs, only for her team to be decisively defeated by Australia's bottom order.

On the other hand, Lamb, who bats first for England, was crucial in leading her team to a 3-0 ODI series victory over South Africa in July. After scoring a brilliant 102 in the opening match at Northampton, Lamb added two more half-centuries to end the series as the top run scorer.

In the third ODI at Leicester, the England all-rounder also showed off her bowling skills by getting rid of the dangerous Marizanne Kapp and opposition skipper Sune Luus.

Sciver continues to be a driving force for England after being nominated for the second consecutive month and the third time in four months. Both the ODI and T20I series against South Africa in July were won by her team 3-0 thanks to her significant bat and ball efforts.

She had a succession of outstanding performances, including a four-for-59 haul in the first ODI that kept the tourists to a score below par before a strong 55 from 36 balls lay the groundwork for a triumph that gave her team a winning month.

It's noteworthy that the three finalists in the male and female categories were chosen based on their performances from the first to the last day of each month.

The independent ICC Voting Academy and global supporters then vote on the shortlist. Every second Monday of the month, ICC's digital media reveal the winners.