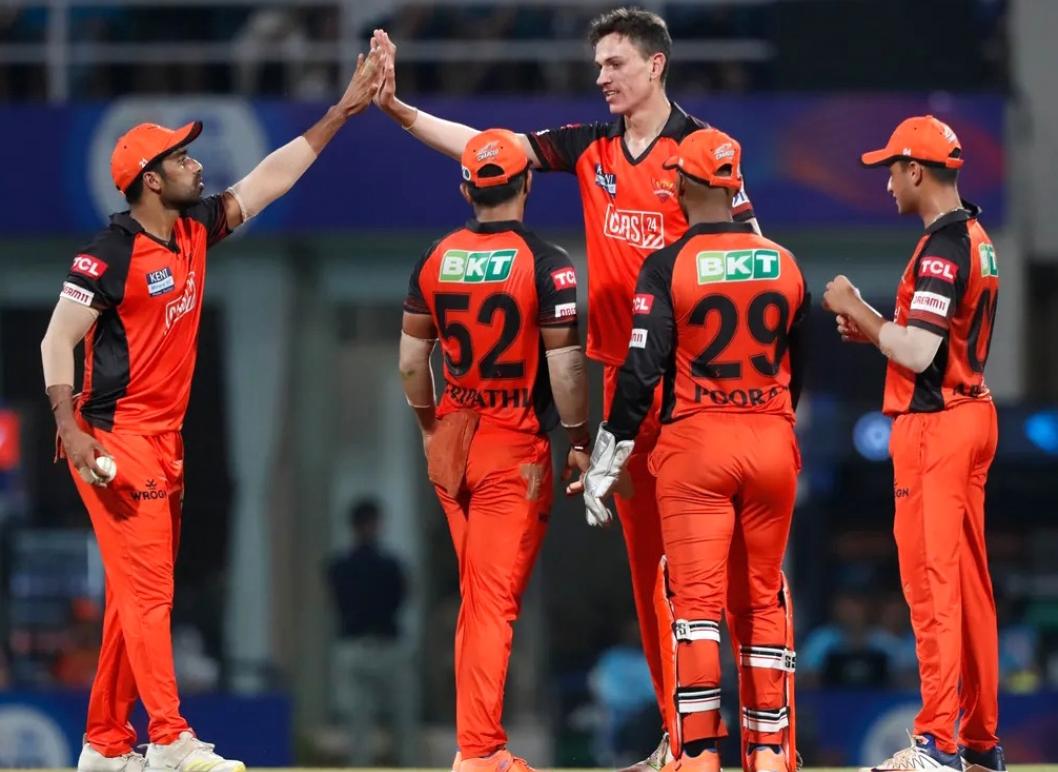 Sunrisers Hyderabad continued their winning streak, dishing out Gujarat Titans their first defeat in the Indian Premier League. With this win, Hyderabad now have four points, but are still in the eighth spot in the table due to their poor net run rate. Gujarat, on the other hand, dropped from third to fifth place.

Hyderabad captain Kane Williamson won the toss and decided to chase keeping the dew in mind. Both teams were coming off wins and went with unchanged squads.

Bhuvneshwar Kumar conceded 17 in the first over, but came back to pick up Shubman Gill, Gujarat's hero from their last two matches, in his second over, caught brilliantly by Rahul Tripathi. Shortly afterwards, Sai Sudarshan hit T. Natarajan to Williamson at cover.

At that stage, Hardik Pandya was on 37 from 29 balls with four fours and a six. As he decided to drop anchor, Abhinav Manohar started with two back-to-back fours off Malik. He continued, hitting Bhuvneshwar and Jansen for fours as well as a six and a four off Natarajan to race to 32 from 18 balls. He survived a couple of dropped catches before being brilliantly caught by Tripathi at long on for a 21-ball 35.

Pandya remained unbeaten on 50, reaching the milestone in the 20th over. However, he failed to push the run rate and could not hit a single boundary off the last 16 balls he faced. Gujarat finished on 162/7, probably about 15 runs short.

Gujarat hit back, conceding just 11 runs in first four overs without a boundary. Hyderabad got the required momentum in the fifth over, from Mohammed Shami, when Williamson hit a four and six to take 14 off the over. Abhishek Sharma then hit four fours in Lockie Ferguson’s next over to take them to 42/0 at the end of the Powerplay.

Pandya introduced Rashid khan immediately after the Powerplay, but Abhishek hit another four in his first over. But Rashid got his revenge in the next over when Abhishek hit to Sudarshan in the deep. Tripathi began urgently, but Williamson failed to get going, reaching a mere 27 off the first 32 balls he faced. He shifted gear in the 13th over, when two consecutive sixes off Pandya took his strike rate above hundred.

Tripathi hit Rahul Tewatia’s first ball for six but had to retire hurt immediately with an injured calf. Williamson soon reached his fifty and was finally dismissed off Pandya for a 46-ball 57. At that point, Hyderabad needed 34 in 23 balls. Nicholas Pooran, in the company of Aiden Markram, completed the chase on the first ball of the last over. Pooran scored an 18-ball 34 and finished the match with a huge six of Darshan Nalkande.