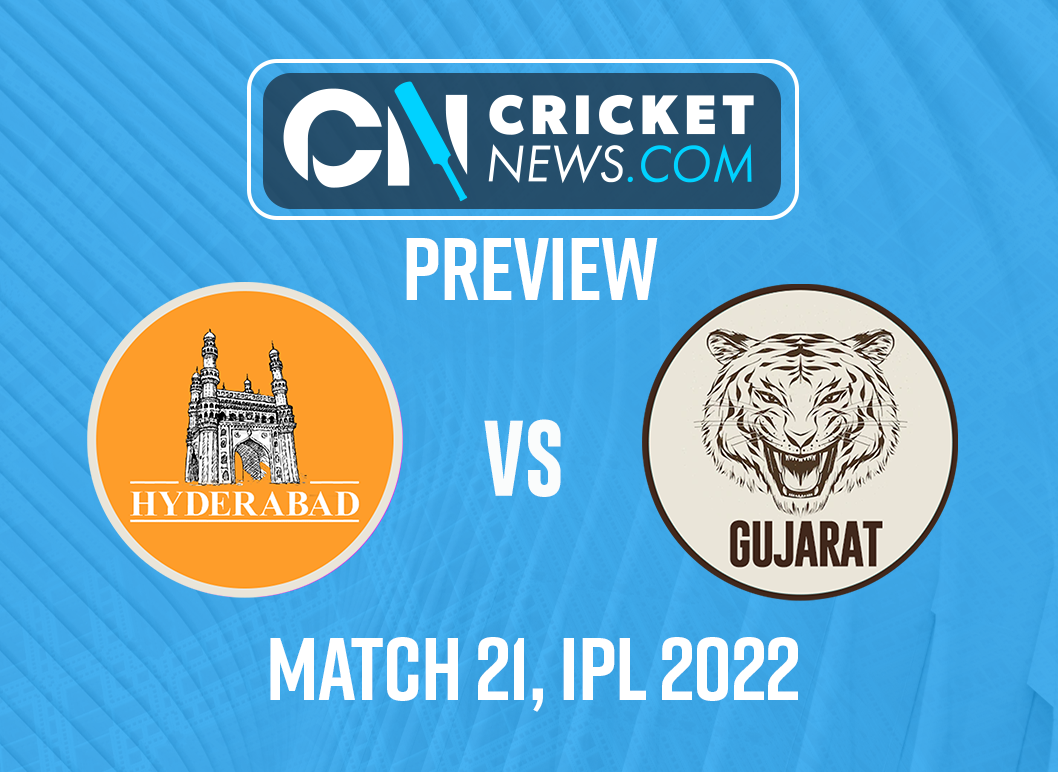 The Sunrisers Hyderabad (SRH) will play the Gujarat Titans (GT) in Match 21 of IPL 2022 on 11 April at the D.Y. Patil Sports Academy in Navi Mumbai.

Hyderabad come into this game having hauled themselves off the bottom of the IPL table with their first win of the season, against defending champions Chennai Super Kings by eight wickets on Saturday. That win owed much to a 50-ball 75 from Abhishek Sharma, who helped turn a potentially tricky run chase into a comfortable win. Rahul Tripathi’s 15-ball unbeaten 39 was also crucial in helping to tilt the match decisively in Hyderabad’s favour.

However, the Gujarat Titans are the only unbeaten team in the IPL so far this season.

New franchises often struggle to adapt to the IPL. The one exception to that was the Gujarat Lions, who had topped the league in their first season, in 2016. Under Hardik Pandya, the Titans, too, have taken to the IPL like a duck to water. Shubman Gill has struggled to convince at international level or for the Kolkata Knight Riders, but his batting form this season suggests he is due another chance for India.

And, while they may not be greatly heralded, Darshan Nalkande and Sai Sudharsan have both been adept performers so far, making positive contributions with both bat and ball.

This will be the first match between these two teams. However, based on the evidence of the last two games played on this ground, the toss may be vital. Whoever wins it will almost certainly choose to bowl: dew will make bowling difficult later at night.

• Back Bhuvneshwar to find some form. He has not been at his best so far, but he has won the Purple Cap twice. As the old adage says, form is temporary, class is permanent;

• Pick Williamson. He is overdue an innings for his side. This could be a good time to deliver.

• Gill should once again make a contribution for his team. Pick him. Also pick Wade as wicketkeeper.

‘Match 21 between SRH and GT will start at 19:30 on Monday, April 11th. You can watch the match on the Star Network and Hotstar.