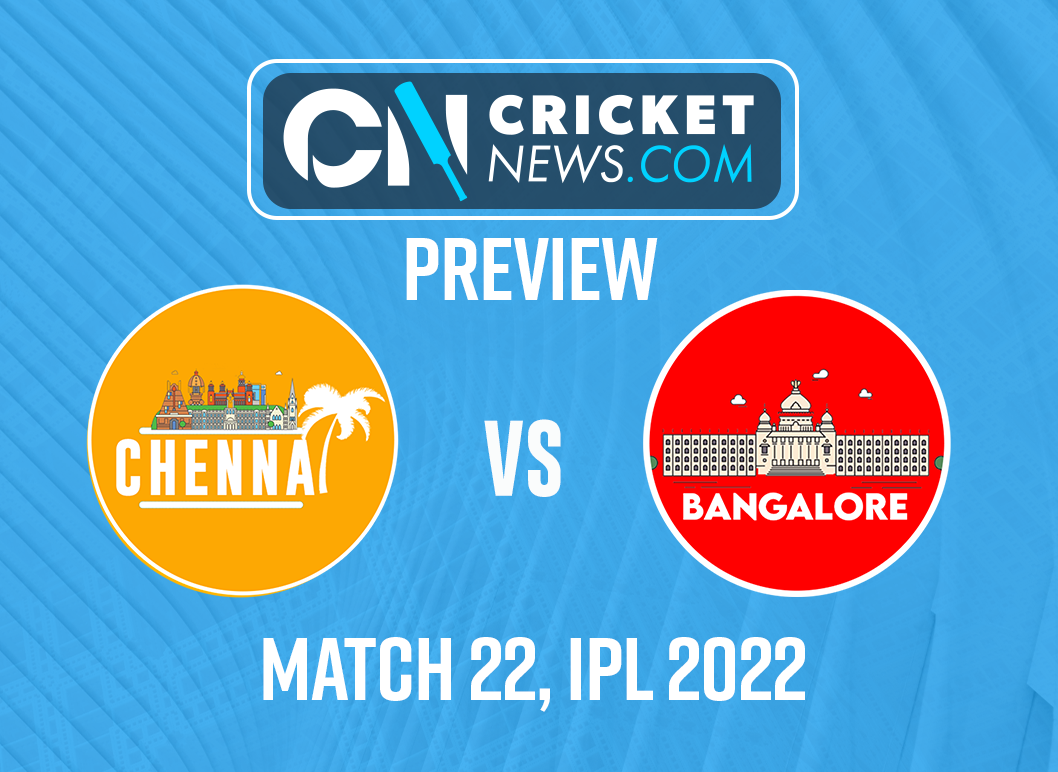 The Chennai Super Kings (CSK) will play the Royal Challengers Bangalore (RCB) in Match 22 of IPL 2022 on 12 April. The game will be played at the D.Y. Patil Sports Academy in Navi Mumbai.

It will be fair to say that CSK’s defence of the title they won last October in Dubai could not have started in a more disastrous fashion. They have played four and lost all so far this season. Not only are they bottom of the table, but their net run rate is also the worst of any team in the league.

Even this early in the campaign, making the playoffs seems like a tall order. Ravindra Jadeja’s position as captain is starting to look untenable. If the defeats continue, the owners might relieve him of the job. Could they be tempted to turn to M.S. Dhoni again, even just as a temporary measure?

RCB have never won the IPL, but their fans are hoping that this could finally be their year.

They lost their opening match of the season, but have rebounded with three wins on the spin to sit fourth in the table, but with the same number of points as the three teams above them.

One man who may have a point to prove in tins match is their captain Faf du Plessis. He is up against his former IPL franchise, who refused to retain or buy him in the auction, even though he had been a star performer for them for a long time. He may regard this as a great opportunity to remind them of what they are missing.

Harshal Patel is expected to play for them, despite having to leave the biosecure bubble to attend the funeral of his sister. If he is unable to play, Siddarth Kaul is his likely deputy.

• Pick Gaikwad as he could find some overdue for runs.

• Pick du Plessis. He may have extra motivation against CSK for not renewing his contract;

• Pick Harshal if he plays.

• Hasaranga should be your best bet for all-rounder.

‘Match 22 between CSK and RCB will start at 19:30 on Tuesday, April 12th. You can watch the match on the Star Network and Hotstar.