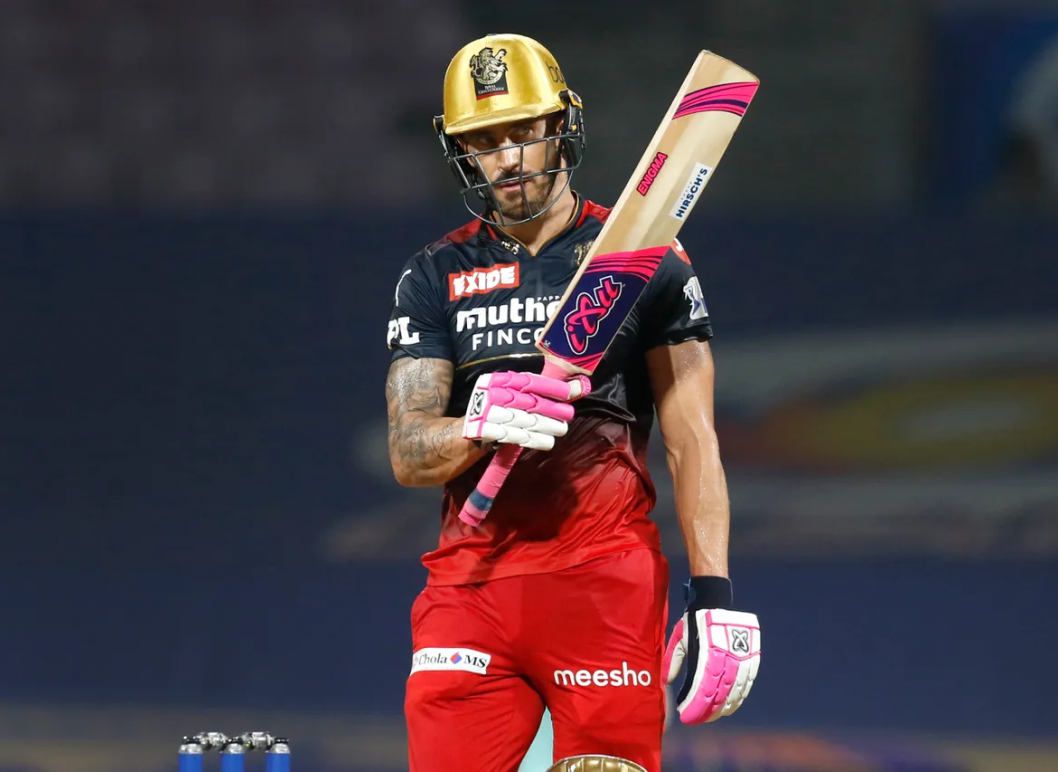 Despite having an ordinary start, Royal Challengers Bangalore won Match 31 of the Indian Premier League 2022, against the Lucknow Super Giants, by 18 runs. Faf du Plessis led the charge with bat for Bangalore before Josh Hazlewood and Harshal bowled them to a win.

K.L. Rahul won the toss and decided to field as both teams went unchanged. For Bangalore, Anuj Rawat started with a four, off Dushmantha Chameera, but fell in the same over. Chameera then had Virat Kohli caught at point first ball, and Bangalore were 7/2 after the first over. But Glenn Maxwell again started in a blazing fashion as du Plessis focussed on holding one end up.

Maxwell raced to 23 off 10 balls with three fours and a six, but his reverse sweep off Krunal Pandya flew to Jason Holder at gully. Holder then had Suyash Prabhudessai caught by Pandya, and Bangalore slumped to 62/4.

Shahbaz Ahmed walked out at this stage and eased into a passive role as du Plessis took charge. The duo kept the scoreboard moving and added 70 runs in eight overs without taking risks before Shahbaz was run out for 26. The pace probably cost them a few runs, for it delayed Dinesh Karthik's arrival.

Du Plessis seemed set for a maiden IPL hundred, but some tight bowling from Avesh Khan and Holder ensured that Bangalore could add only 17 in the last two overs. Du Plessis was eventually caught by Marcus Stoinis off Holder for 96 as Bangalore finished on 181/6. Holder and Chameera finished with two wickets each, while Ravi Bishnoi conceded 47 in four overs.

Lucknow did not start well either. Hazlewood picked up Quinton de Kock and Manish Pandey in his first two overs. Rahul was not in his usual fluent self either, and Lucknow scored only 44/2 during the Powerplay. Soon, Rahul had a faint edge to one down leg side – a nick that was confirmed only by DRS. Lucknow also lost Deepak Hooda and Pandya in consecutive overs.

They required more than 70 in six overs when Marcus Stoinis joined young Ayush Badoni. Unfortunately, Hazlewood and Harshal had two overs each, and all they needed was to defend 54 in four overs. Hazlewood got his third wicket when he dismissed Badoni for 13 in the 17th over. He finished with a wicket in each of his overs as he dismissed Stoinis in his last over.

Upset over a wide not given, Stoinis tried to hit the next ball moving to the off side but only managed to hit it on to his stumps. He was fuming while walking off. Hazlewood finished with 4-25 as Lucknow Super Giants finished on 163/8 to lose by 18 runs.

Also Read: Delhi vs Punjab to be played at Brabourne Stadium