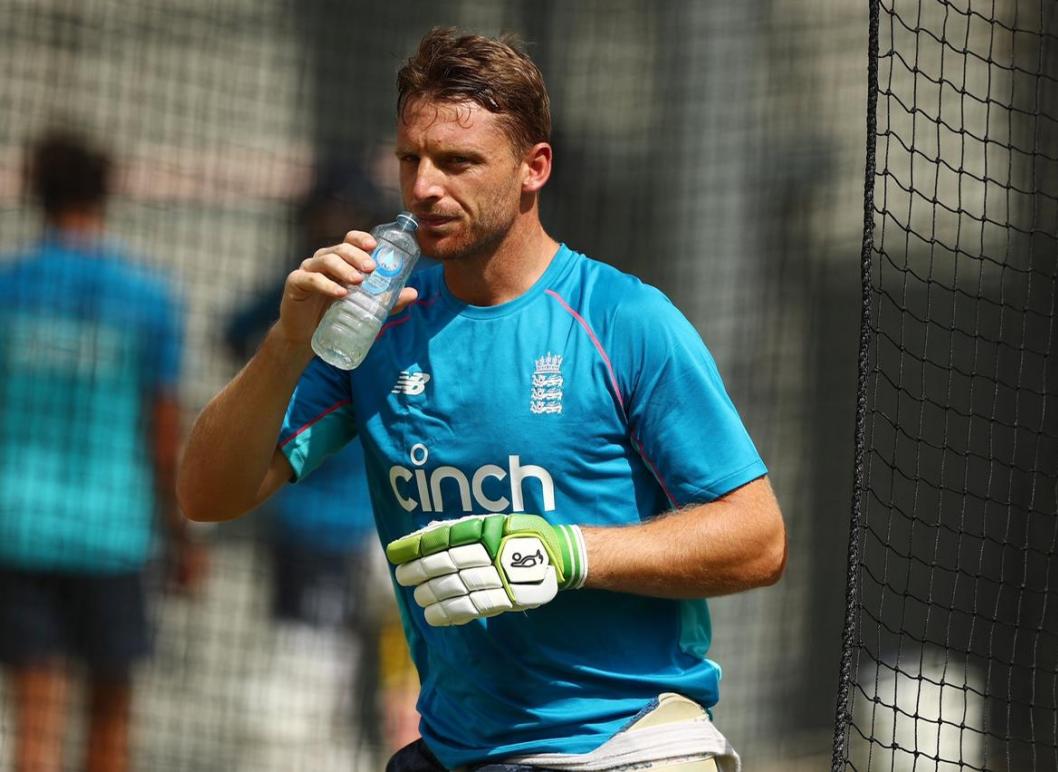 Jos Buttler slammed his third hundred at in IPL 2022 to lift Rajasthan Royals to the top of the points table. As with Kolkata Knight Riders, it was not an easy win for Rajasthan despite scoring 222/2 at Wankhede Stadium, Mumbai. Delhi remained in the hunt until the last three balls before losing by 15 runs.

Both teams were coming off wins and went in with unchanged squads. Rishabh Pant won the toss and opted to bowl.

Delhi did not get immediate success. Buttler started with two fours in the first over, while Devdutt Padikkal, after taking his time, hit three consecutive fours off Mustafizur Rahman in the fourth over. In fact, by the eighth over, Padikkal was outscoring Buttler comfortably, striking at 150 to Buttler's 110.

Buttler then caught up. He was particularly harsh on Kuldeep Yadav whose three overs went for 40. He reached his fifty in 36 balls, and by the time Padikkal completed his fifty off 31 balls, Buttler was already past 80. They eventually added 155 in 15.1 overs – a record for Rajasthan – before Khaleel Ahmed snared Padikkal for a 35-ball 54.

Buttler was already on 99 at that point. He completed his third hundred of the season in the same over. Sanju Samson then slammed an unbeaten 46 in 19 balls to lift Rajasthan to 222/2 despite Buttler (116 in 65 balls) not adding too many to his hundred.

The Delhi openers, Prithvi Shaw and David Warner, began in blazing fashion until Prasidh Krishna broke through in the fifth over. Krishna was the most impressive Rajasthan bowler of the night, finishing with 4-1-22-3.

Delhi lost Sarfaraz Khan soon, but Pant and Shaw kept Delhi in the hunt. They added 51 in less than five overs before R. Ashwin claimed Shaw for 37.

Pant continued to play his shots and was lucky to be dropped by Yuzvendra Chahal. However, when he gave another chance in the same over, Padikkal took a very good catch to dismiss him for a 24-ball 44. Delhi continued to lose wickets frequently while as the asking rate kept increasing.

With 36 required off last two overs, Krishna delivered a wicket maiden. Rovman Powell hit three sixes in the first three balls of the final over, from Obed McCoy, bringing a scare to Rajasthan fans. However, the third ball was marginally above waist level, and the Delhi players in the dugout demanded a no-ball. The umpires ruled against it.

Powell missed the next ball and scored just two off the fifth before being dismissed on the last ball of the match, for a 15-ball 36 with five sixes.