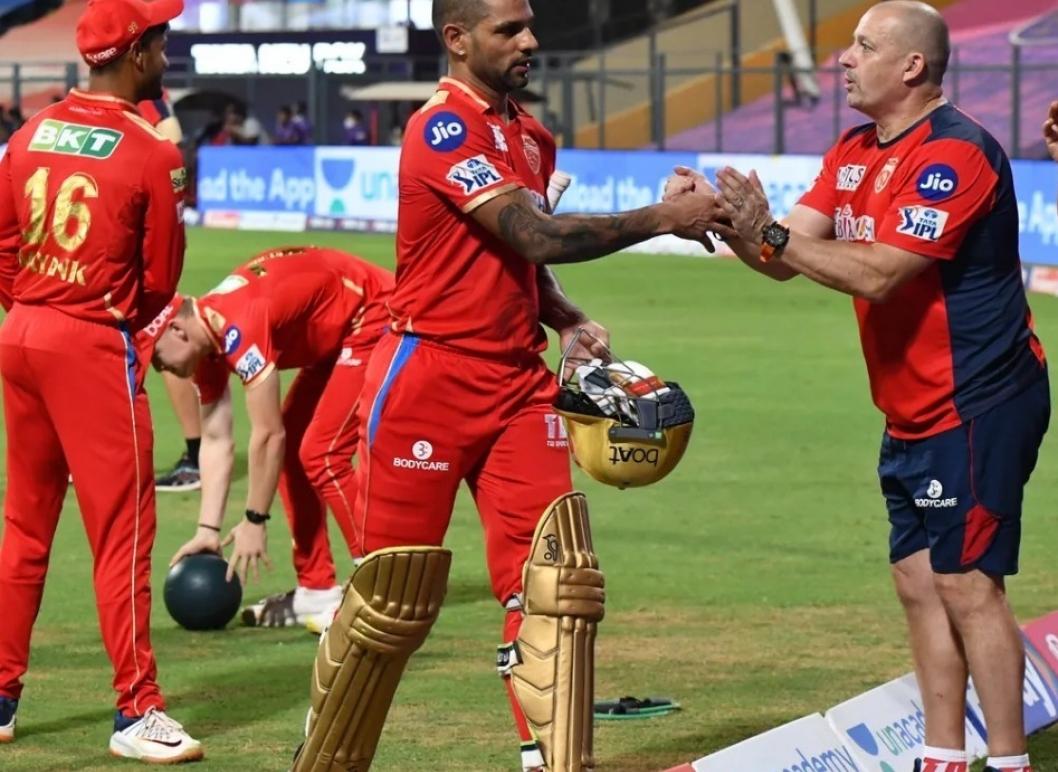 M.S. Dhoni could not repeat his last-over heroics of last match as four-times champions Chennai Super Kings lost their eighth match of IPL 2022, by 11 runs to Punjab Kings. This is their sixth defeat of the tournament and now they have only a faint chance to qualify for the playoffs. Punjab, on the other hand, moved up to the sixth spot with these important two points.

Punjab did not have their usual blazing start as the ball did not come on to bat quickly. They scraped 37 before Maheesh Theekshana claimed Mayank Agarwal for 18 in the final over of the Powerplay. Shikhar Dhawan and Rajapaksa then added 110 in 11.3 overs, focusing mostly on ones and twos when they could not find boundaries against some tight CSK bowling.

Dwayne Bravo got Rajapaksa for a 32-ball 42, but Dhawan reached his fifty and batted till the end. Liam Livingstone hit the third ball he faced for four before hitting the next two balls, from Dwaine Pretorius, for two massive sixes. His seven-ball 19 helped Punjab register 187/4. Dhawan remained not out for a 59-ball 88.

Sandeep and Rishi combined in the second over to dismiss Robin Uthappa for just a single. Ruturaj Gaikwad and Mitchell Santner took 22 balls to add 20 runs before Arshdeep Singh got Santner for nine. Shivam Dube also did not last long, and Chennai were 40/3 after seven overs.

Ambati Rayudu had been injured in the first over of the match while trying to stop a fierce cover drive from Agarwal and did not field for most of the PBKS innings. He now helped Gaikwad lead the recovery. They added 49, of which Rayudu scored 32, before Kagiso Rabada claimed Gaikwad for 30.

Jadeja joined Rayudu, and soon the equation came down to 70 in five overs. Rayudu, set by then, took 23 off Sandeep Sharma’s last over, including three consecutive sixes and a four, to bring the target to 47 from four overs . However, Punjab came back, as Arshdeep and Rabada conceded only 20 off the last three overs. Rabada also scalped Rayudu for a 39-ball 78.

Dhoni was led to score 27 off the last over. He hit a six off the first ball from Rishi Dhawan, who was bowling in a safety facemask. The next ball was a wide, but Rishi followed with a dot ball, then induced a false shot to have Dhoni caught by Jonny Bairstow at the deep mid wicket.

Although Jadeja hit a six in the penultimate ball, the fate of the match had already been sealed. This is now the fifth consecutive match at the Wankhede Stadium won by the team batting first.