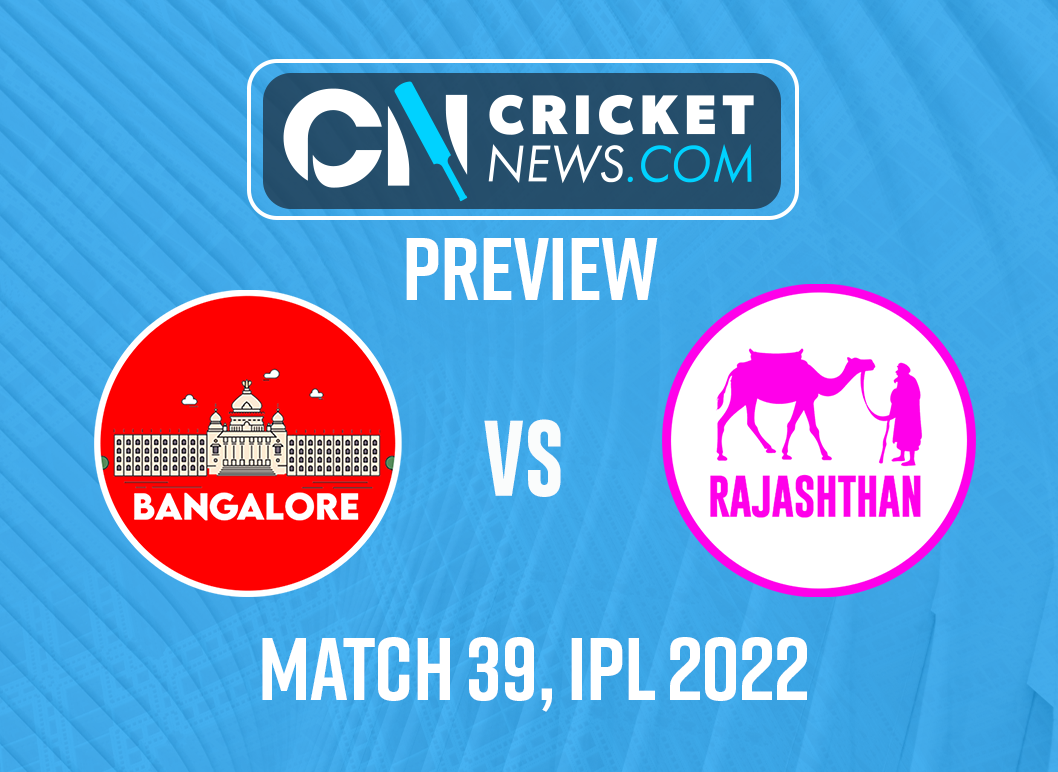 Royal Challengers Bangalore (RCB) will play Rajasthan Royals (RR) in Match 39 of IPL 2022, on 26 April at the Maharashtra Cricket Association Stadium in Pune.

The two sides go into this game on the same number of points. However, Rajasthan's superior net run rate (and a game in hand) have put them two places ahead of Bangalore.

They also experienced contrasting fortunes in their last match. The Royals beat Delhi Capitals by 15 runs, while the Royal Challengers endured a humiliating defeat: they lost to the Sunrisers Hyderabad by nine wickets after being bowled out for just 68.

That is not the sort of performance expected from pre-tournament bookies' favourites.

The undoubted star for the Royals this season has been opener Jos Buttler. During the defeat of the Capitals he became only the second man to score three centuries in an IPL season. Few would bet him against equalling Virat Kohli’s all-time record of 973 runs in a season before the campaign is finished.

By contrast, Kohli has yet to find his best form in 2022. Perhaps stepping down as India’s Test and ODI captain has taken more of a toll on his mental state than was first appreciated. Captain Faf du Plessis has blown hot and cold as well, but his experience may be vital in helping pick his team up after such a dispiriting defeat.

Bangalore have the fire power to hurt Rajasthan if they all fire together – Dinesh Karthik, Sherfane Rutherford and David Willey can all hit the ball a long way on their day. What they have to do is find a way to stitch together a string of consistent team performances.

The pitch should offer something to both bat and ball. There might be some movement but not an excessive amount.

• Pick Buttler. He is seeing the ball like a football right now. It may be too much to expect another century, but, unless RCB can dismiss him cheaply, he still can cause some damage;

• Du Plessis may need to play one of his better innings to give his side heart. Pick him.

• Ashwin can get among the wickets, pick him.

RCB suffered a humiliating loss in their last match, and this could be another damaging defeat.

Match 39 between RCB and RR will start at 19:30 on Tuesday, April 26th. You can watch the match on the Star Network and Hotstar.