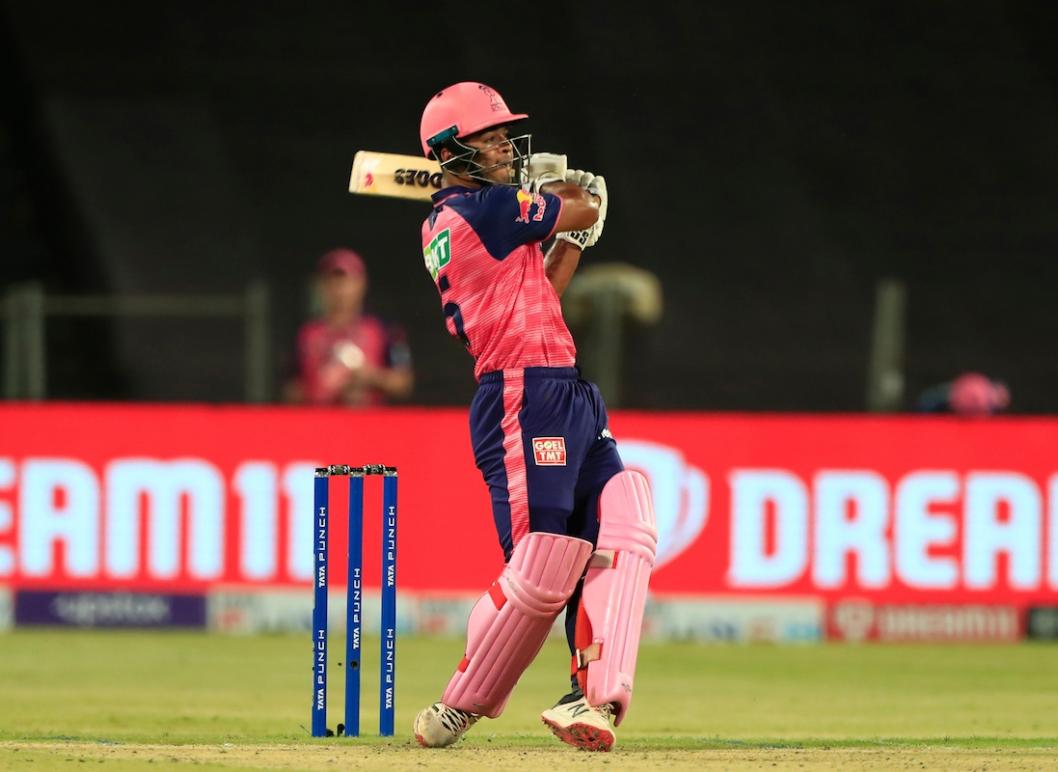 Rajasthan Royals (RR) continued their winning streak thanks to a very good effort by their bowlers after a fifty by Riyan Parag. With 12 points, they now sit at the top of the table. They seem set for a berth in the Playoffs. The Royal Challengers Bangalore (RCB) bowlers also performed well, but another dismal show from their batters resulted in them getting bowled for the lowest score by any side batting second in IPL 2022.

Faf du Plessis won the toss and asked Rajasthan to bat. Bangalore brought in Rajat Patidar in place of Anuj Rawat, while Rajasthan got Daryl Mitchell and Kuldeep Sen for Karun Nair and Obed McCoy.

Rajasthan promoted R. Ashwin to No. 3. after Mohammed Siraj trapped Devdutt leg-before early. Ashwin began with a flurry of boundaries before top-edging an attempted pull off Siraj. Josh Hazlewood struck at the other end, having the in-form Jos Buttler caught at mid on to leave Rajasthan reeling at 33/3.

Refusing to slow down, Sanju Samson launched a counterattack. He hit three sixes in his 27 before he tried to to reverse sweep Wanindu Hasaranga and was bowled. Daryl Mitchell took 23 balls for his 16, Shimron Hetmyer hit out for three, Virat Kohli caught Trent Boult brilliantly at mid wicket, and Prasidh Krishna was run out.

At this point, Rajasthan were 121/8. With only eight balls left and little support available, Riyan Parag hit Hazlewood for four and kept strike, and hit a four and two sixes in the final over, bowled by Harshal Patel. The first of the sixes took him to his fifty. He finished with an unbeaten 31-ball 56 as Rajasthan reached 144/8.

True to the pre-match announcement from the Bangalore camp, Kohli came out to open with Faf du Plessis. Despite hitting two fours in the first over, Kohli hardly timed the ball well. When on nine, he tried to hook Prasidh, the ball flew off the bottom edge, and Parag flung himself forward to take an excellent diving catch at backward point.

Against a low target, du Plessis and Patidar took their time before Kuldeep Sen struck. Du Plessis first hit to Buttler at cover. For Glenn Maxwell, Rajasthan placed fielders on the fence behind square, making him anticipate a short ball. Sen then bluffed Maxwell to induce an edge to win an excellent strategic duel.

Bangalore, 37/3 when Maxwell fell, never recovered. Ashwin turned a ball the proverbial mile to knock back Patidar's off stump and had Suyash Prabhudessai caught by Parag at long on. Shahbaz Ahmed pushed a ball to mid on, set off for a run, and turned back – but was too late to send Dinesh Karthik back. Yuzvendra Chahal had little difficulties in running out Karthik.