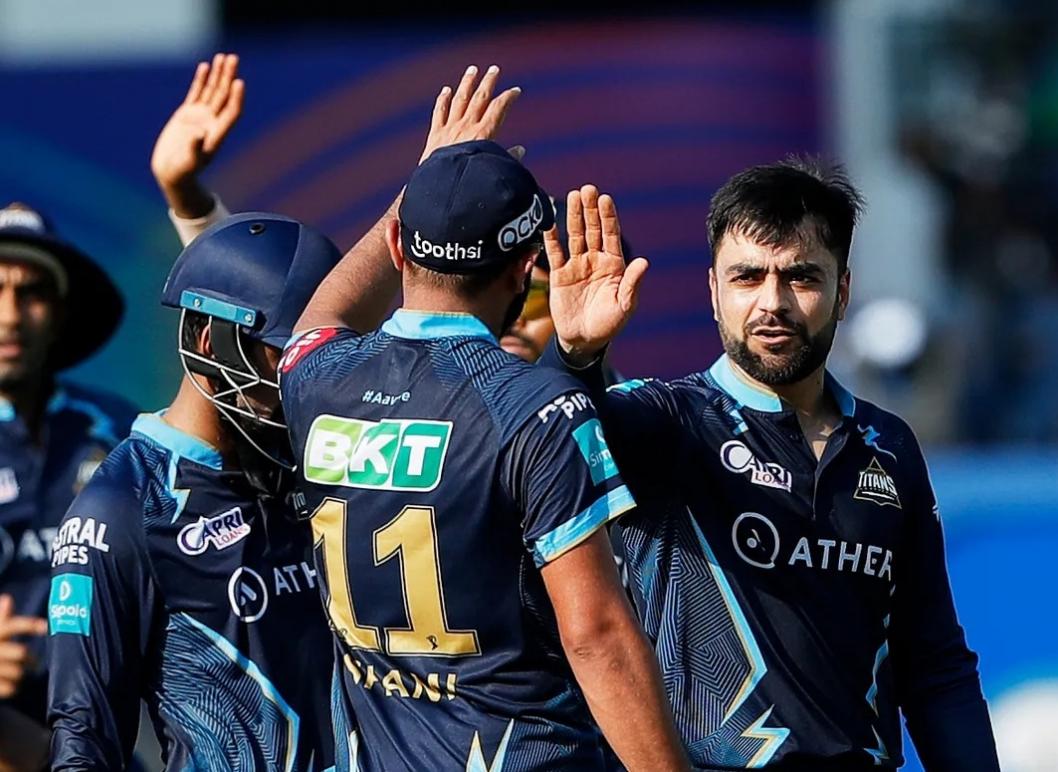 Virat Kohli scored his first IPL fifty of the season against Gujarat Titans, but the 53-ball 58 failed to help Royal Challengers Bangalore to set a safe score. David Miller and Rahul Tewatia eventually won the game, helping Gujarat increase the margin on the IPL 2022 points table.

At Brabourne Stadium, Faf du Plessis won the toss and decided to bat. Bangalore included Mahipal Lomror for Suyash Prabhudessai, while whereas Gujarat brought in Sai Sudharsan and Pradeep Sangwan for Abhinav Manohar and Yash Dayal.

Sangwan found the edge of du Plessis in the first over, sending him back for a duck. Kohli started confidently with two back-to-back fours in the first over. He looked solid, and Rajat Patidar provided him good support before taking charge.

Patidar’s first 18 runs took 14 balls, but he switched gears after hitting Rashid Khan for a six. Kohli hit Lockie Ferguson for a six and two fours. At the other end, Patidar hit Alzarri Joseph for a six and a four off consecutive balls to race to 40 off 21 balls. Kohli took 45 balls to reach his fifty, an effort that hardly helped Bangalore's cause. Patidar, in contrast, reached his his maiden IPL fifty off 29 balls.

Wriddhiman Saha continued started with a four in response. He and Shubman Gill added 51 before Saha fell for 29 in the eighth over. Gill failed to rotate the strike until Shahbaz Ahmed ended his painstaking 28-ball 31. Shahbaz also got Hardik Pandya for three, and when Wanindu Hasaranga got Sai Sudharsan for 20 in the 13th over, Titans required 76 runs off 37 balls.

Miller and Tewatia then got hold of the match. In a dramatic partnership that included multiple DRS calls by du Plessis, the duo not only stayed put but continued to keep up with the asking rate with regular boundaries. Miller hit 4 fours and a six in his 24-ball 39, while Tewatia's 25-ball 43 included five fours and two sixes. Their unbeaten 79-run stand, off 34 balls, helped Gujarat win their eighth match (out of nine) and ensure a four-point gap with other teams. Bangalore remain at fifth place with 10 points from 10 matches.