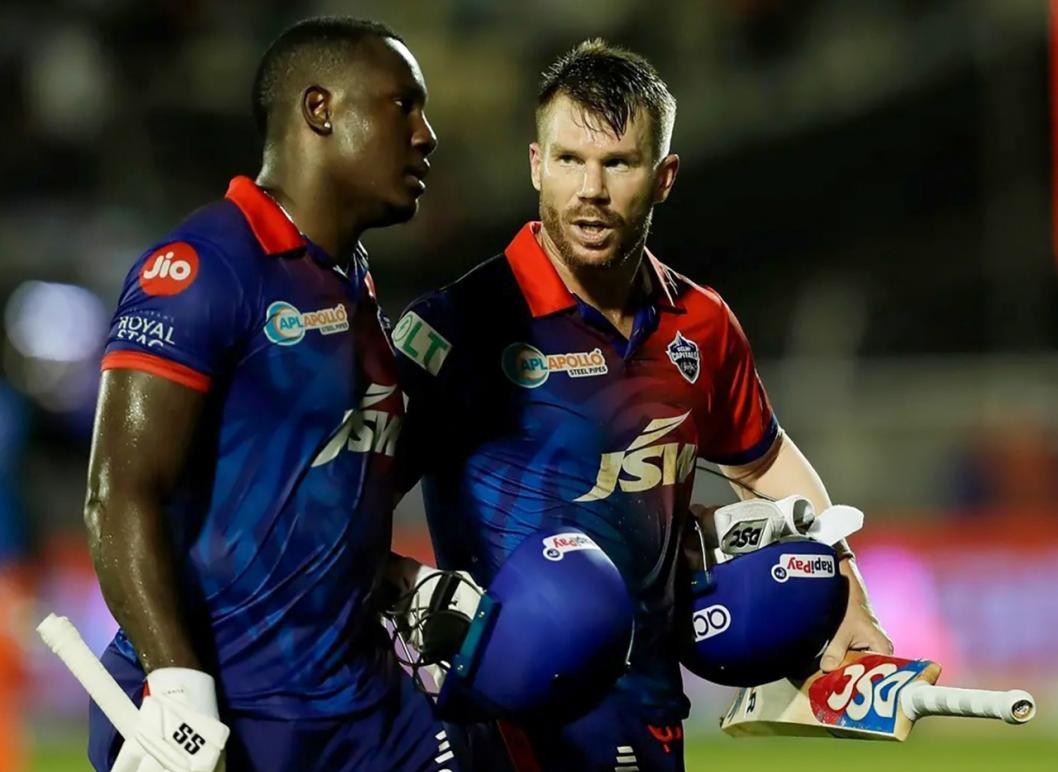 A 122-run partnership between David Warner and Rovman Powell helped Delhi Capitals win their their fifth match of IPL 2022 and move to fifth position on the points table, just above Sunrisers Hyderabad, their opposition of the night. Aiden Markram and Nicolas Pooran tried their best during the chase, but Hyderabad eventually fell 21 runs short.

Despite losing Mandeep Singh, his new opening partner, in the first over, Warner looked in solid from the beginning against his old franchise. Umran Malik was introduced in the fourth over, and Warner hit a couple of fours and a six to take 21 off the over. Delhi also lost Mitchell Marsh in the Powerplay, but Warner continued to play his shots.

Rishabh Pant played an unusual innings. He scored four from his first 11 balls before launching Shreyas Gopal for three sixes and a four off four consecutive deliveries before being bowled next ball. Delhi were 85/3 in ninth over at that stage. Warner was already on 42, while Powell also did not take time to get set. He hit the sixth ball he faced for six. He was lucky to be dropped by Williamson on 18. By then, Warner had reached his 54th IPL fifty. At the end of 15th over, Delhi were on 137/3 and looked set for something around 180.

However, some astonishing hitting from Warner and Powell took them past 200. They added 70 in the last five overs. The 17th over went for 18, while the last over, bowled by Malik, for 19. Warner remained unbeaten on 92 off 58 balls, while Powell, with some of clean hitting in the end overs, finished on unbeaten 67 off just 35 balls, including three fours and six sixes.

Hyderabad lost Abhishek Sharma in the second over. Rahul Tripathi started in usual fashion, with a six off Khaleel Ahmed, but Williamson again failed to keep the scoreboard moving. He finally nicked one to give Nortje his first wicket of the season, for an 11-ball four.

Mitchell Marsh bowled his quota of four overs today, and had Tripathi beautifully caught by Shardul Thakur. Hyderabad were struggling at 37/3 when Pooran joined Markram. The asking rate was past 13 by then. The duo added 60 in less than six overs – impressive but below what they needed. Markram eventually fell for 42 looking for more big shots.

Pooran completed his fifty and kept the hope alive for Sunrisers Hyderabad despite the asking rate going above 15. His 34-ball 62 included two fours and six sixes. He finally fell to Thakur in the 18th over. Despite some hitting from the lower order, there was no real threat, and Hyderabad eventually finished on 186/8.