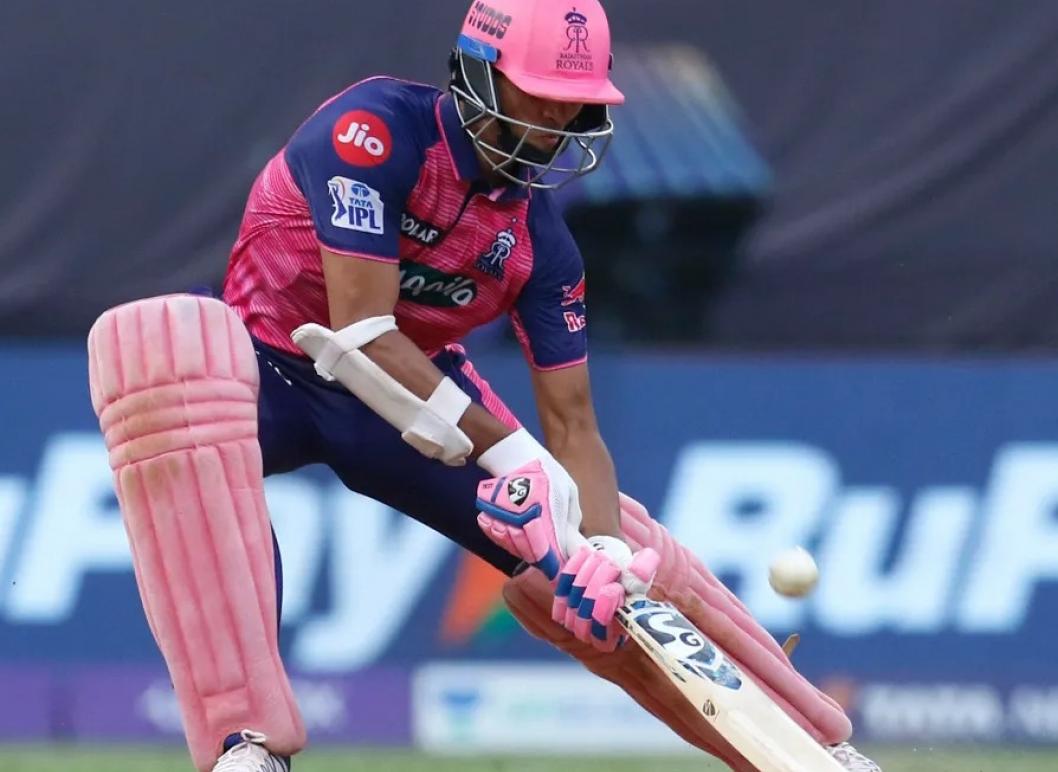 Thanks to an excellent spell from Yuzvendra Chahal and a counterattacking fifty on comeback by Yashasvi Jaiswal, Rajasthan Royals beat Punjab Kings by six wickets. With the win, they are now on 14 points and have a very good chance of qualifying for the Playoffs. Punjab remain in the seventh position and need to win all remaining matches for any chance of qualification.

Mayank Agarwal won the toss and decided to bat in the afternoon match. Punjab went with an unchanged XI, while Rajasthan Royals recalled Yashasvi Jaiswal for Karun Nair.

Jonny Bairstow began with a four first ball, and hit four more in in the first 12 balls he faced. At the other end, Shikhar Dhawan, not too comfortable with the two-paced nature of the pitch, could score only 12 in 16 balls before Jos Buttler leapt at mid off to catch him.

Bhanuka Rajapaksa again played his shots from the start, slamming an 18-ball 27 and helping Bairstow add 42. Bairstow reached his first fifty of the season, setting a launching pad for Liam Livingstone and Agarwal. Biut Chahal sent back both Bairstow and Agarwal in the same over, which brought Livingstone and Jitesh Sharma to the crease with slightly more than five overs to go.

Jitesh played the key innings at the death for Punjab Kings. He showed his full range and played some breathtaking shots to remain unbeaten on 38 off 18 balls with four fours and two sixes. Livingstone scored 22 which included two characteristically colossal sixes as Punjab finished on 189/5. Chahal, meanwhile, took his tournament tally of wickets 22, with 3-28 in this match.

Fireworks were expected of Buttler, and he did not disappoint. However, it was Jaiswal who had the first onslaught, hitting two fours and a six in the first over. Buttler was also in his usual self and attacked Kagiso Rabada in the fourth over of the match. The first five balls went for 6, 4, 4, 2, 4, but Rabada had his revenge when Buttler edged a scoop to third man off the last ball. His 30 took only 15 balls.

Sanju Samson kept the score moving from the beginning. His 12-ball 23 helped Rajasthan to maintain a run rate above 10 as they reached 85 after eight overs. Then Samson skied one off Rishi Dhawan, and Shikhar Dhawan held the catch. By then Jaiswal was set and had started to play his shots all around the ground. That helped Rajasthan, as Devdutt Padikkal failed to rotate the strike regularly.

Jaiswal reached his fifty in 33 balls. Arshdeep Singh eventually claimed him for 68. The in-form Shimron Hetmyer took charge after Jaiswal’s dismissal. He hit three fours and two sixes in unbeaten 31. Rajasthan lost Padikkal for 31, but Hetmyer ensured that there was no panic, and took them to a win with two balls to spare.