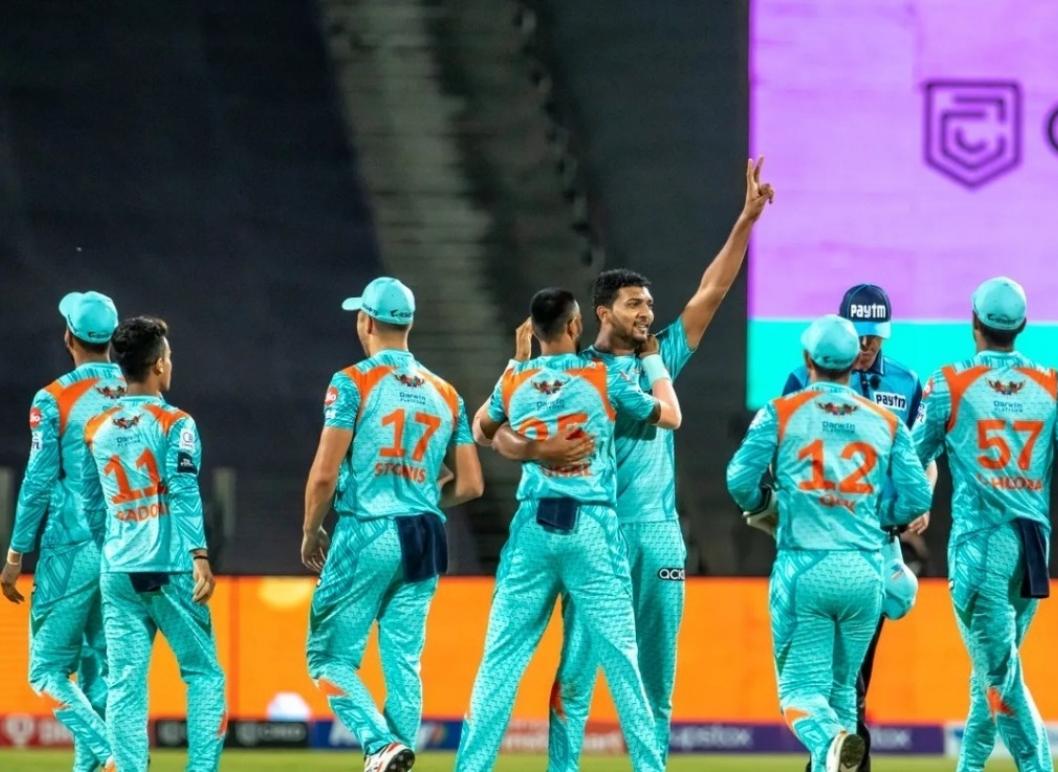 Gujarat Titans beat Lucknow Super Giants by 62 runs in Match 57 of the Indian Premier League 2022 at MCA Stadium in Pune. With this win, Gujarat reclaimed the top position in the points table and became the first team to qualify for the Playoffs. Shubman Gills' unbeaten 63 helped Gujarat reach 143/4 before a Rashid Khan took four wickets to help bowl out Lucknow for 82.

Wriddhiman Saha and Shubman Gill were unable to score freely against the Lucknow fast bowlers in the Powerplay. Saha took 11 balls for his four before falling to Mohsin Khan. Matthew Wade's comeback game ended in disappointment after he mistimed an attempted scoop and was caught behind.

Hardik Pandya and Gill rebuilt the innings with some cautious batting. Gujarat reached 50 in the eighth over, but Pandya's dismissal in the ninth over landed them in a trouble. Gill, however, held the end, and forged two crucial stands with David Miller and Rahul Tewatia. Miller struck a four and a six for his 24-ball 26, while Tewatia scored a flurry of fours in the death over to propel Gujarat to a fighting total.

With just over seven an over to defend, Gujarat did not seem to have a chance against this Lucknow side, whose openers have been in fine touch. But Yash Dayal struck twice in his first two overs to get rid of Quinton de Kock and Karan Sharma. In between, Mohammed Shami prised out a crucial wicket of K.L. Rahul for a 16-ball eight

Deepak Hooda waged a lone battle as the rest of the middle orders crumbled against Rashid. Both Krunal Pandya and Ayush Badoni were stumped, while Marcus Stoinis was run out.

Brought in to bowl his last over, Rashid had Hooda caught by Shami on 27, the highest score of the innings. Four balls later, he wrapped up the innings by getting Avesh Khan.