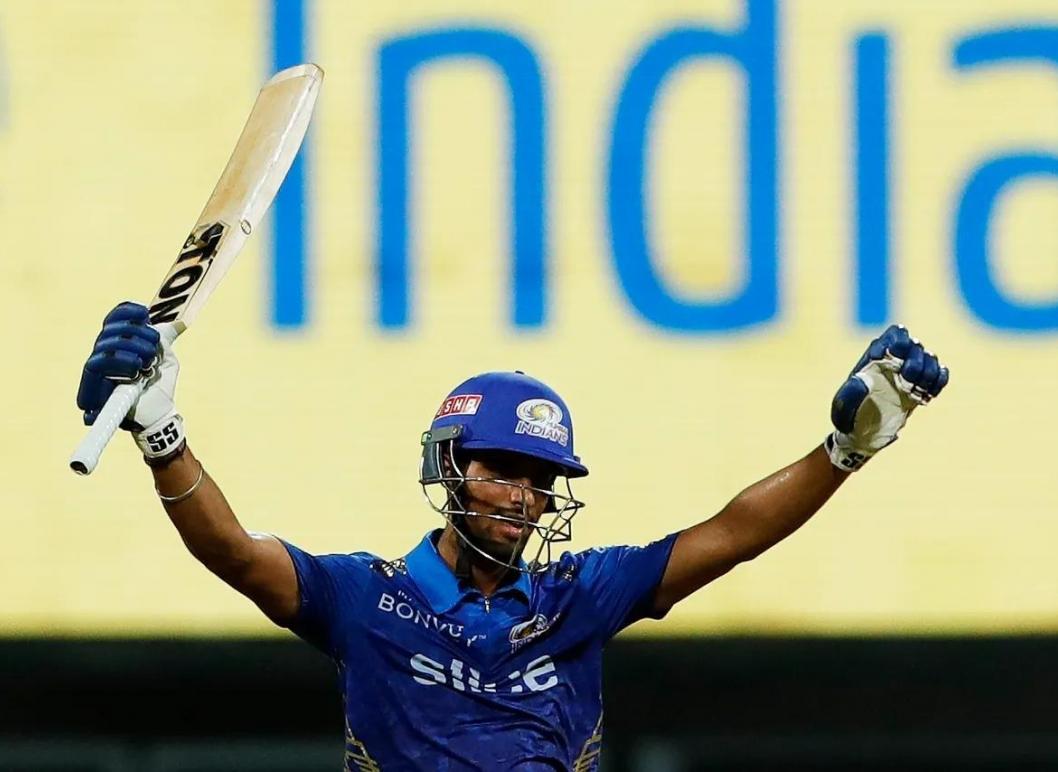 Mumbai Indians beat Chennai Super Kings by five wickets in a low-scoring clash in Match 59 of the Indian Premier League 2022 at Wankhede Stadium in Mumbai. The Mumbai bowlers – especially Daniel Sams and Riley Meredith – bowled out Chennai for 97 before chasing it down in 14.5 overs. Chennai are now out of the hunt for the Playoffs.

Sams continued his impressive run after being brought back into the XI, sending back Devon Conway and Moeen Ali in the space of three balls. In the next over, Jasprit Bumrah pinned Robin Uthappa leg-before to reduce Chennai to 5/3, which soon became 17/4 after Ruturaj Gaikwad's dismissal. Gaikwad edged to Ishan Kishan to become Sams' third wicket.

Wickets kept falling at regular intervals thereafter. M.S. Dhoni stood firm, scoring 36 in 33 balls, but it was never going to be enough. Kumar Kartikeya dismissed Dwayne Bravo and Simarjeet Singh in the 13th over. Three overs later, Dhoni ran out of partners when Mukesh Choudhary was run out.

Chennai gave their fast bowlers – Choudhary and Simarjeet – four unchanged overs to start with. Kishan was caught behind in the first over, off Choudhary. Rohit Sharma played a short, entertaining knock, comprising of four fours, before getting out to Simarjeet.

Choudhary soon had his second wicket, pinning Sams leg-before, while Tristan Stubbs got a two-ball duck on debut. But Tilak Verma ensured a comfortable win with his 32-ball 34. Tim David struck two sixes in his quick 16 to seal the match.