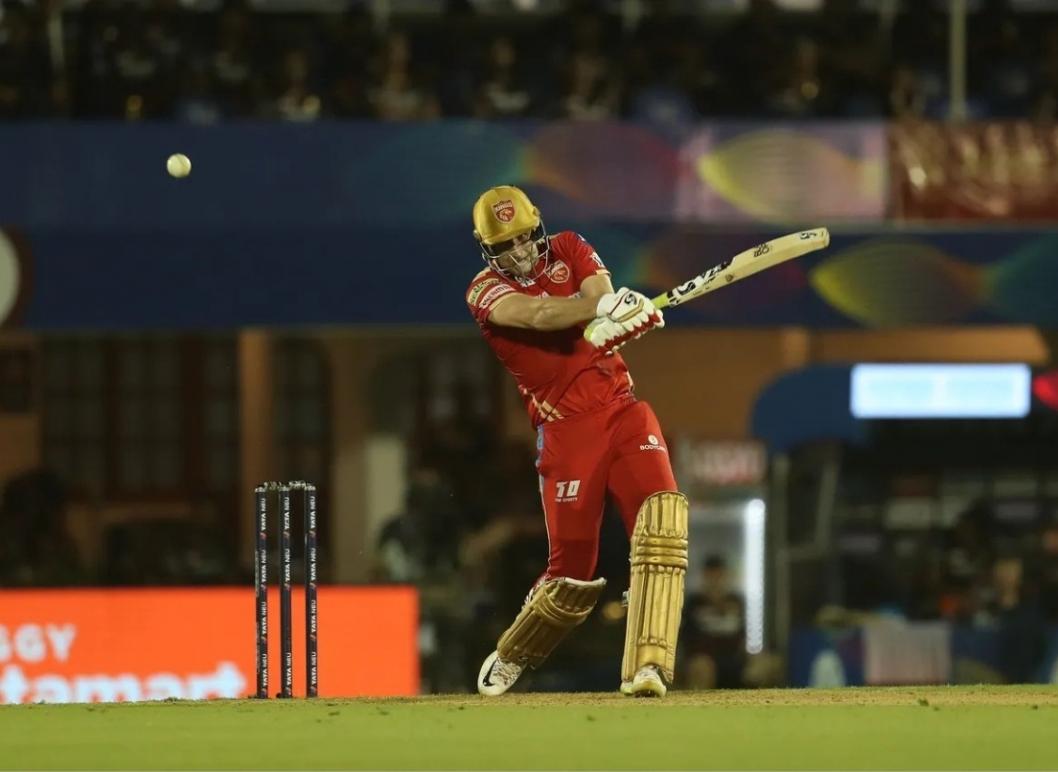 The English pair of Liam Livingstone and Jonny Bairstow whacked a one-two punch to the hopes of Royal Challengers Bangalore in the Brabourne Stadium in Mumbai. Bairstow's 66 came at a strike rate of over 225, while Livingstone made 70 in 42 balls, as Punjab posted 209/9. The bowlers then stepped up as a unit to restrict Bangalore to 155/9.

The Brabourne Stadium lived up to its reputation of being a hellish arena for fast bowlers. This time, Mohammed Siraj and Josh Hazlewood bore the brunt. Glenn Maxwell conceded two sixes before prising out a wicket of Shikhar Dhawan, which was no mean achievement.

Hazlewood soon realised that the futility of his usual line and length as Bairstow greeted him with two fours and two sixes. In the next over, Bairstow rode on the pace of Siraj and played a delightful swivel pull. There was a shade if disdain in the way he took on Siraj. A terrific start to the Powerplay concluded with two consecutive sixes by Bairstow, who reached his first IPL fifty inside the Powerplay.

If Bairstow ran the show in the first half, Liam Livingstone ensured that it went on uninterrupted until the end of the second half. Livingstone compounded Hazlewood's misery by launching two sixes and two fours in the penultimate over. Punjab lost a flurry of wickets towards the end, but that did not affect them much.

Given the kind of form Virat Kohli is in this season, the first wicket seemed just a matter of time. Cramped into the corner against a rising ball from Kagiso Rabada, Kohli tried to pull but the ball went to Rahul Chahar at short fine leg. Rishi Dhawan then punched a killer blow, getting rid of Faf du Plessis and Mahipal Lomror in the space of four balls.

No team would like to be 40/3 while chasing such a daunting total, even if the pitch resembled a newly built expressway where a bit of recklessness would not necessarily bring your demise. The small partnership between Maxwell and Rajat Patidar was not enough to reignite the chase. Harpreet Brar claimed Maxwell for 35.

The middle order has so often rose to the challenge in such situations, and a team can only pull off so many heists in a season. Even for Dinesh Karthik, who is in the form of his life, it was a herculean task to uplift his team from the rubbles their top-order had dug. In the end, they huffed and puffed to 155/9.