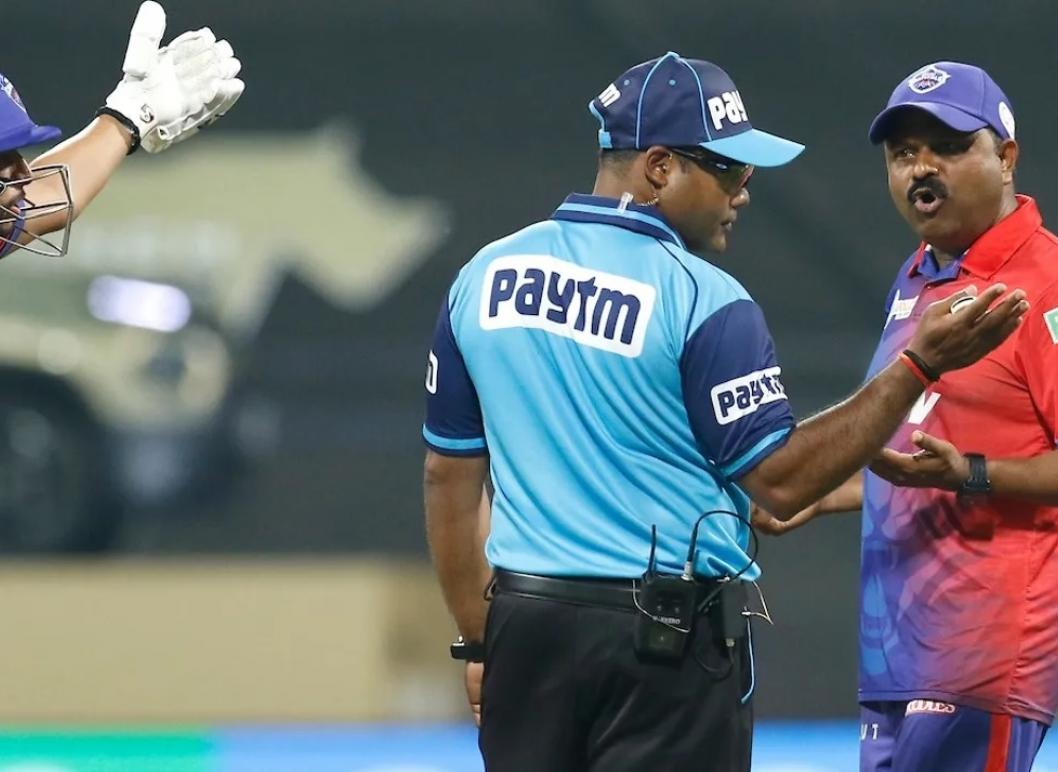 Delhi Capitals captain Rishabh Pant has been fined 100% of his match fee, while assistant coach Pravin Amre was handed a one-match ban, for breaching the IPL Code of Conduct in their team's 15-run loss to Rajasthan Royals. Shardul Thakur too was fined 50 percent of his match fee. All three of them admitted to the Level 2 offence.

Delhi required 36 off the last over, off Obed McCoy. Rovman Powell began the over with three successive sixes, with the third coming against a a high full toss. The on-field umpire did not signal a no Ball, which infuriated the Delhi camp. A no ball would have left Delhi with only 17 runs to win off the last four balls.

Pant even asked the batters to walk off the ground, while Amre even stepped on to the field to have a talk with the umpire. Jos Buttler, who scored a match-winning century, too had few words with Pant.