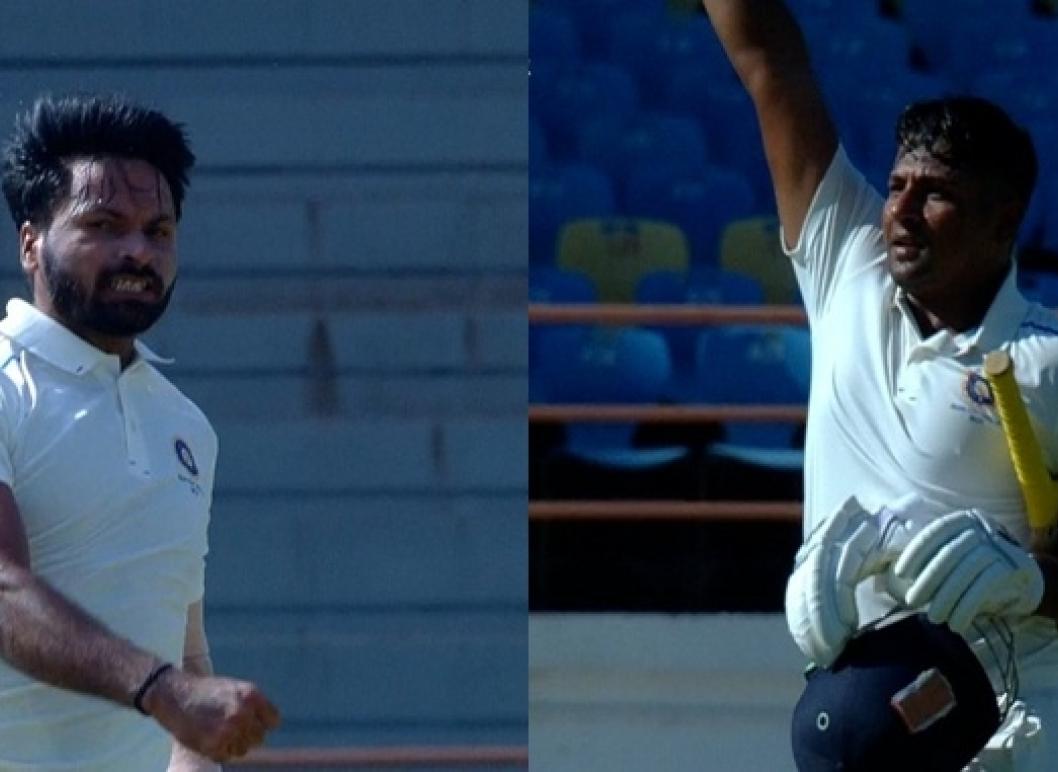 On the opening day of the Irani Cup 2022 at the Saurashtra Cricket Association Stadium, here on Saturday, the in-form Sarfaraz Khan and bowler Mukesh Kumar put the Rest of India in the driving seat against the hosts and defending champions Saurashtra.

After knocking Saurashtra out for just 98 in the first innings, Rest of India was 205-3 in their innings and in the lead by 107 runs at day's end.

The bowler Mukesh Kumar set the tone with the ball for Rest of India after winning the toss and choosing to bowl first when he dismissed Harvik Desai and Chirag Jani for ducks off consecutive balls in the third over of the session.

When Cheteshwar Pujara was out caught by Kuldeep Sen in the following over, Saurashtra had a further shock. They continued to drop until Snell Patel's 5/4, who was nicked from behind, giving Mukesh his third wicket.

Jaydev Unadkat, the captain, and Dharmendrasinh Jadeja, who batted lower in the order, each made a few runs, but Umran Malik and Kuldeep Sen each scored three runs to put an end to Saurashtra's innings with a pitiful total.

In response, the left-arm opening duo of Unadkat and Chetan Sakariya also caused trouble for the Rest of India. To boost the hosts' prospects, the pair dismissed the top three (18/3) in just five overs. However, Sarfaraz and captain Hanuma Vihari put together a strong unbroken stand for the fourth wicket with their varied strokeplay.

Vihari put up a 145-ball vigil at one end to grind out the run chase for his 62. However, Sarfaraz exploded to a practically run-a-ball 125 at the other end, with 88 of those runs coming from just boundaries. Their unbroken 187-run partnership made sure that Rest of India didn't waste their bowlers' advantage.