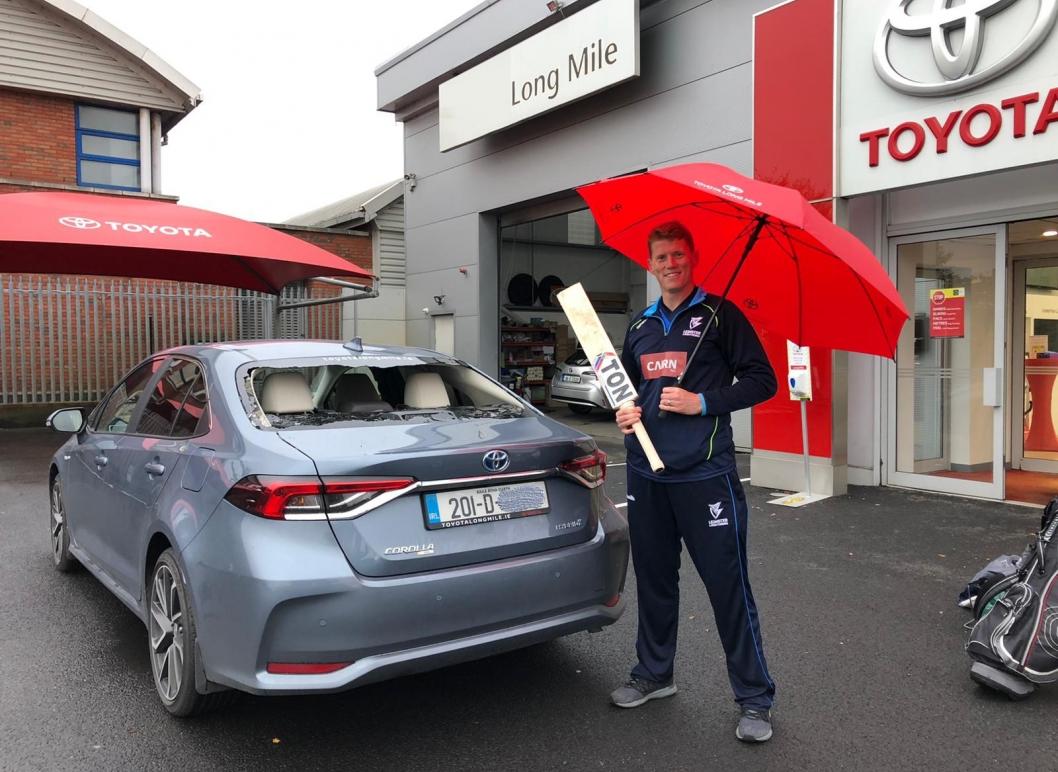 Kevin O'Brien, an all-rounder for Ireland, announced on Tuesday that he was quitting international cricket after a distinguished career.

O'Brien made his international debut for Ireland in 2006, and throughout the course of a nearly 20-year career, he was a key player in helping his nation advance from Associate Membership to Test Match status. With 114 wickets at an average of 32.68 and an economy rate of 5.20, O'Brien retires with a number of batting records and the title of Ireland's top ODI wicket-taker.

In a lengthy social media post, an Irish icon announced his retirement. O'brien stated in his article that he had wanted to hang up his boots after competing in the 2018 T20 World Cup, but a lack of opportunities has forced him to make the choice.

"After 16 years and 389 international matches for my country, I am officially retiring from cricket today. Since I haven't been selected for the Irish squad since the World Cup last year, I feel that the management and selectors are seeking elsewhere for me to end my career, which I had hoped to do during the T20 World Cup in Australia "O'Brien made the statement in a tweet.

I have made many friends on the field and have a tonne of wonderful memories from my time playing for the National team, the player continued, adding that he has enjoyed every minute of representing Ireland.

O'Brien still maintains the record for the quickest ICC Men's Cricket World Cup century courtesy to his stunning match-winning innings in 2011 against England in Bangalore, one of a number of records for Ireland with the bat.

During his breathtaking 113-ball innings, the batsman smashed 13 fours and six sixes, reaching three figures in just 50 balls as the underdog team raced down 328 in blazing heat.

The all-rounder possessed a talent for excelling on the greatest stages, taking an important wicket in a pivotal 2007 Cricket World Cup match against Zimbabwe and guiding Trent Johnston through a challenging run chase against Pakistan during the same tournament.

O'Brien, who played middle during Ireland's victory over UAE at the 2015 Cricket World Cup, was equally important during Ireland's T20 World Cup campaigns. In 2009, against Bangladesh, he scored 39 runs without being out from just 17 balls, and he finished the performance by scoring the winning runs.

The 38-year-old played a key role in Ireland's fight for full membership; as a result of the team's continuing success in international competitions and World Cricket League events, Test status was granted to Ireland in 2017. He departs the squad as the second-highest wicket taker behind George Dockrell and only behind Paul Stirling in terms of runs across all official international formats (5820). (172).

In his move to coaching, the veteran has already worked as a consultant for Estonia before their inclusion in the men's 2024 T20 World Cup qualification tournament and as a member of Italy's staff during their Cricket World Cup Challenge League campaign.

"The time is ripe for me to move on to the next phase of my life and work. I have some great prospects coming up in the near future that will help me expand my own Coaching Academy here in Ireland. I also want to continue gaining coaching experience abroad and am confident that I will have more possibilities with some professional and foreign teams soon " he said.