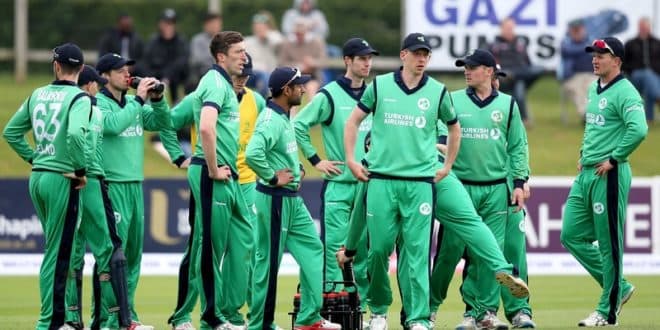 Cricket Ireland have named a 21-man expanded training squad that will travel to Southampton for training ahead of their three-match ODI series against England.

The squad will depart from Dublin on a special charter flight to Southampton in order to comply with COVID-19 protocols. After that, they will be transported in bio-secure buses to a hotel within the Ageas bowl where they will stay until August 5.

“The Selectors were delighted to have been able to meet once more to select a squad for international action. We have lost so much cricket this year, so to have a series – let alone such a major series as this – to look forward to is a great relief for all,” the chairman of National selectors, Andrew White, said.

“This lack of on-field action since March – and the short lead-in programme to the ODI series – influenced our thinking on the broader squad, however, the unique circumstances of the situation has allowed us to involve more players than we would normally bring on such a tour,” White added.

They have announced the expanded squad mainly to figure out which players are in the best shape to play matches and also to identify other players who could serve the all-round purpose of preparing their batsmen against similar English counterparts.

“The squad selected covers all eventualities – we have picked players that are in obvious contention to play, but also players that will help our batters prepare for the type of opposition we’ll be facing.”

“We also felt that the form shown by several players in the Caribbean in January, Wolves tour in February and the Afghan series in March really bolstered their case for selection.”

After the completion of the training session and two warm-up matches, a 14-man squad will be announced. The other seven players will stay as backup.