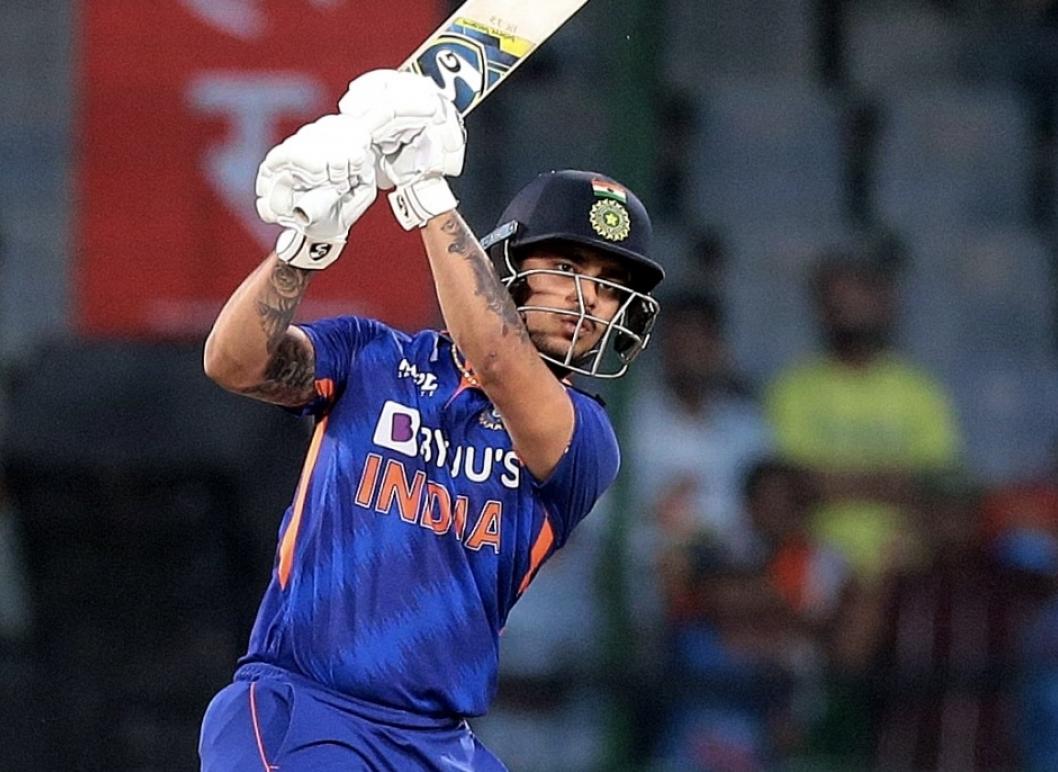 Ishan Kishan, India's left-handed wicketkeeper-batter, avoided a lengthy suspension for his deliberate appeal for a hit-wicket against New Zealand captain Tom Latham in the first ODI at Hyderabad.

According to a report on stuff.co.nz on Monday, Kishan could have been charged with a Level 3 offence of attempting to gain an unfair advantage, which carries a suspension of four to twelve ODIs or Twenty20 internationals.

The incident occurred on the fourth ball of the 16th over, when Latham went deep in his crease and tapped off left-arm wrist-spinner Kuldeep Yadav through the leg side.

Kishan abruptly filed an appeal, which was joined by captain Rohit Sharma. The square seg umpire made the decision immediately upstairs, unsure of what had happened.

Kishan and the Indian team filed an appeal for Latham's dismissal, claiming that the batter had stepped on his stumps, causing the bails to be disturbed. However, replays reviewed by TV umpire K Ananthapadmanabhan revealed that Kishan had purposefully knocked a bail off with his glove on his second attempt, long after Latham had hit the ball. It didn't take him long to declare Latham "Not Out" on the big screen.

According to the report, match referee Javagal Srinath spoke with Kishan about the incident after the game, as did Indian captain Rohit Sharma and coach Rahul Dravid.

"However, it is believed that Srinath did not take any further action, most likely because neither umpire Anil Chaudhary nor Nitin Menon appear to have officially reported Kishan for the incident. Srinath also spoke with stand-in Black Caps head coach Luke Ronchi and team management, and the touring team agreed not to pursue the matter further "The report was added.

Attempting to gain an unfair advantage during an International Match' is defined as "deliberate attempts to deceive an Umpire" in Article 2.15 of the ICC Code of Conduct. It also states, "When assessing the seriousness of the breach, consideration should be given to whether the relevant player's conduct was deliberate, reckless, and/or negligent."

Even as the wicketkeeper-batter continued to laugh, on-air commentators Sunil Gavaskar and Murali Kartik were unimpressed by Kishan's moves. "The cheeky grin is fine, but I don't think that was the right thing to do," Kartik, India's former left-arm spinner, said. Gavaskar, the legendary Indian batter, said something similar.

"It was fine as a joke, but I don't think going on to appeal is the right thing to do. That is understandable as a joke to suggest to Tom Latham what happened earlier when India was batting. But appealing is not an option. That is not the game of cricket."

The incident referred to by Gavaskar, which also involved Latham, occurred in the 40th over of India's innings, when all-rounder Hardik Pandya was dismissed in bizarre circumstances. Hardik attempted to cut off a Daryl Mitchell delivery through third man, but his off-stump bail was dislodged as the ball passed extremely close to the stumps, and the call was referred to Ananthapadmanabhan by the on-field umpires.

Replays showed Latham standing up to the stumps with his gloves very close to the bails, which appeared to light up just after the ball passed over the top of the stumps and was cleanly collected by the keeper, as Hardik was eventually dismissed for 38 balls.

India won the second ODI of the series by eight wickets in Raipur, after winning the first by 12 runs in Hyderabad. With an unassailable 2-0 lead, India will now aim for a 3-0 sweep in the final match on Tuesday in Indore.