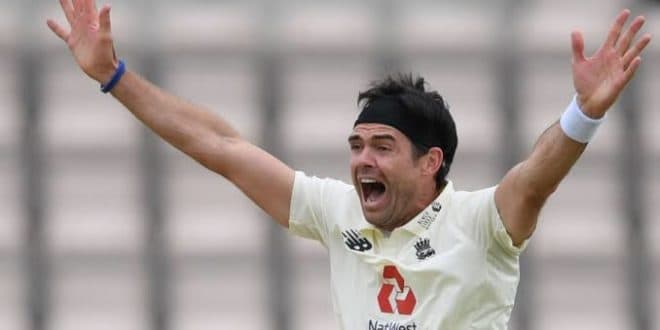 After ending day 3 with a 99-run deficit, James Anderson is hoping the hosts will find some luck to turn around West Indies’ upper hand on proceedings.

Assessing his side’s chances after three days of the first Test at Ageas Bowl, Anderson remained optimistic that the hosts will be able to make a comeback, but also hoped that the pitch would help them a bit.

“The West Indies have had the best of the first few days certainly, we are up against it,” Anderson said in the post-day press conference.

“But we know exactly what we’ve got to do. If we bat well tomorrow and get a decent lead, get a bit ahead, we can give ourselves a chance of bowling them out in the fourth innings of the game.”

“We’ll need a little bit of luck. We don’t want it [the pitch] to deteriorate too much tomorrow obviously and then on the final it can do as much as it wants.”

The leader of the pace attack, who picked up 3/62, was all praise for stand-in skipper Ben Stokes and played down the non-impact of Jofra Archer and Mark Wood.

“Ben [Stokes] did a brilliant job. There were some decent miles in the legs of me, Jof and Woody so when he got those wickets at the end it was crucial.

“I thought Woody [Mark Wood] and Jofra [Archer] bowled really well, but you have days like this in Test cricket. Jofra got a wicket off a no-ball – if he gets that, his confidence goes up and he could get on a roll. Similarly with Woody, I felt he bowled well in periods and on another day he could have had more wickets.”