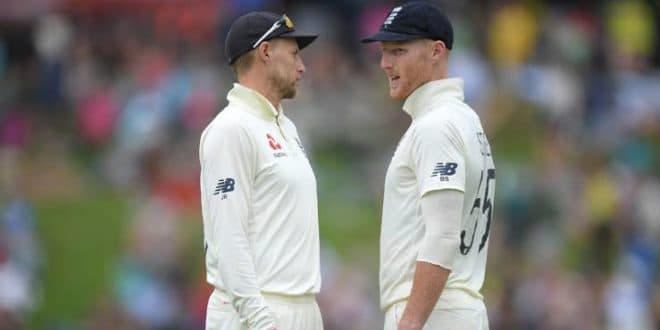 Joe Root was all praise for England’s ‘Mr Incredible’, Ben Stokes, the Man of the Match of the second Test against West Indies at Old Trafford.

England beat West Indies on the final day by 113 runs with Ben Stokes firmly standing out with the bat and ball yet again. He slammed a 57-ball 78 earlier in the morning on day 5 and then with the ball, he came back to break the vital stand between Shamarh Brooks and Jermaine Blackwood by dismissing the latter.

Stokes was even more critical in the first innings, making a 356-ball 176, batting over 500 balls in a partnership with Dom Sibley. Later with the ball, he dismissed West Indies’ top-scorer, Kraigg Brathwaite.

“He’s Mr Incredible. I suppose,” Root said after the match, referencing the muscle-bound cartoon superhero of the same name. “He looks a bit like him, and will probably end up the same shape too.

“I certainly think he can keep performing at this level. I think the sky’s the limit for him really, when you watch how he goes about things, there’s no reason why he can’t keep performing this consistently.”

“To have such a complete game, and so many different gears at your disposal, allows you the ability to keep getting better. But most importantly, if he continues to read situations the way he is, and keeps the confidence that he’s playing with at the moment, there’s no reason why we can’t continue to see such brilliant performances as we have done this week, and over the last 12 months really.”

Stokes’ knock was reminiscent of his Headingley heroics against Australia in the Ashes.

“It’s very difficult to compare the two on a number of levels,” said Root. “There was the magnitude of an Ashes series – a series on the line, running out of partners, running out of options, everything sort of seemed to be dead in the water – and being able to get us across the line.

“Here he showed a bit more versatility really, within himself, and the fact that he’s more complete player now. I think on a personal front he thoroughly enjoyed this week in a different way to Headingley.

“From a team point of view, it’d be very easy for us to not appreciate how good a performance this was, because of the lack of atmosphere within the ground. Well, I don’t think that’s the case. I think everyone understands that we are watching a player at the peak of his powers, at the peak of world cricket, delivering time and time again.

“We have to savour that, we have to appreciate that and understand that we are – without trying to pump his tyres too much – in the presence of greatness.”