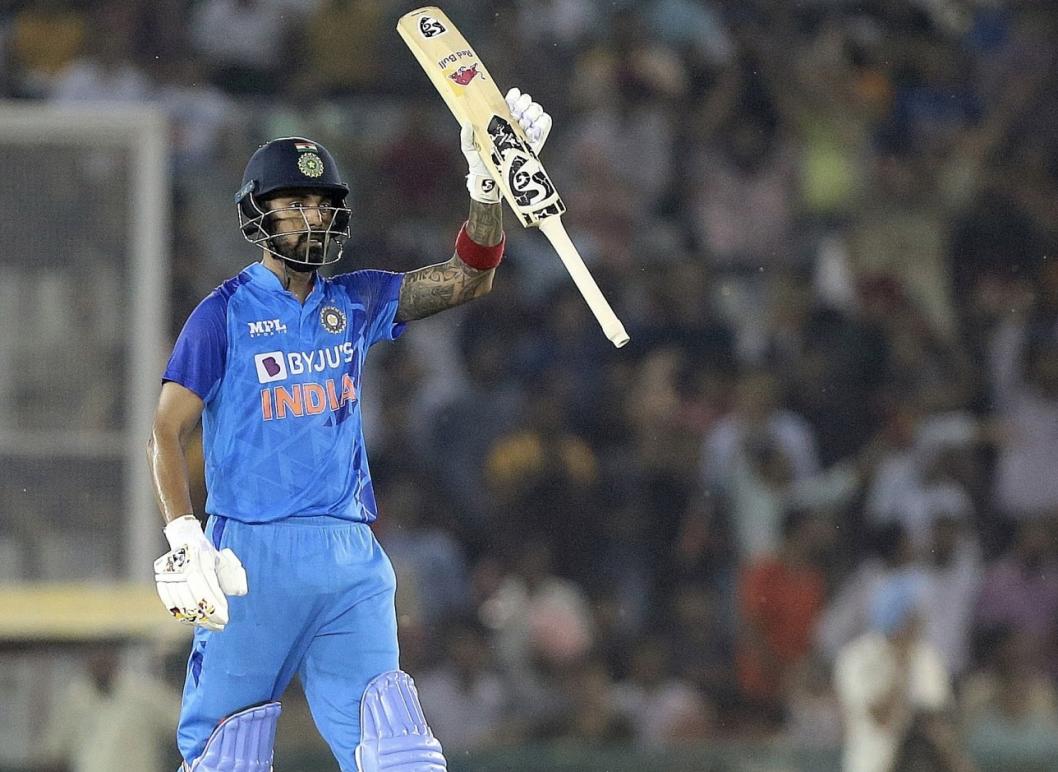 Opening batsman KL Rahul entered the record books as the third-fastest player to achieve the 2000-run milestone in the game's shortest format as India challenged Australia in the opening T20I of the three-match series.

After Australia captain Aaron Finch won the toss and decided to field, Rahul scored a 35-ball 55 with four boundaries and three sixes.

In the process, the 30-year-old Karnataka cricketer from his 58th innings finished his 2000 runs in T20I cricket.

As a result, he surpassed the 2000-run milestone in the third-fastest time, trailing only Pakistani captain Babar Azam (52 innings) and former Indian captain Virat Kohli (56 innings).

It takes some time to get acclimated to the bounce of the pitch, Rahul stated during the innings break, so he used his experience playing here at Mohali during the Indian Premier League (IPL).

"It appears to be a strong pitch. The bounce of the pitch required some getting used to. I played in the IPL here, so I am familiar with the shots that are effective.

"I applied my knowledge. I usually want to get into solid positions and hit on both sides of the ground. Luckily, the ball was in a position where I could hit sixes with it. I'm glad they started right away," he concluded.