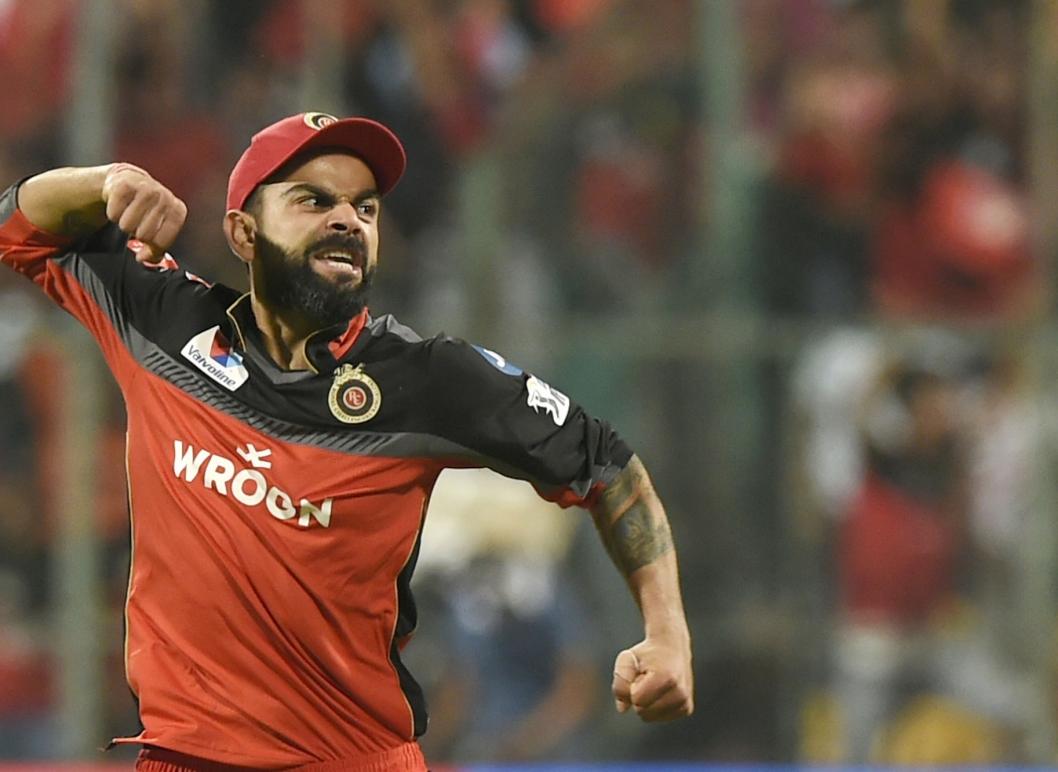 Royal Challengers Bangalore rode on Virat Kohli’s 73 to win their last match of the league stage against the table toppers Gujarat Titans. This gave them two points, which took their tally to 16. While they are at fourth place, their ordinary net run rate means that they need Mumbai Indians to beat Delhi Capitals. Meanwhile, they successfully managed to knock out both Sunrisers Hyderabad and Punjab Kings.

Having sealed the top spot (and thus, a berth in Qualifier 1), Gujarat looked a little flat on the night. They did not score enough runs, their pacers were slightly wayward, and only the spinners – Rashid Khan and Sai Kishore – bowled tightly.

Hardik Pandya won the toss and decided to bat as Gujarat recalled Lockie Ferguson in place of Alzarri Joseph, while Bangalore brought in Siddarth Kaul for Mohammed Siraj.

Wriddhiman Saha began in his usual swashbuckling manner, hitting two fours and a six in the first over, but Glenn Maxwell caught Shubman Gill brilliantly in the third over. Matthew Wade started briskly Maxwell trapped him leg before. Wade reviewed, and the decision remained unaltered – though it did not go without controversy. Faf du Plessis ran out Saha for 31 with a direct hit to reduce Gujarat Titans to 62/3 in the ninth over. Maxwell bowled two overs in the Powerplay, dismissing Wade and conceding just two, and finished with 4-1-28-1.

Pandya and David Miller added 61 before Wanindu Hasaranga (4-0-25-1) caught the latter off his own bowling, for a 25-ball 34. Rahul Tewatia did not last long, but Rashid Khan hit his way to an unbeaten six-ball 19. Pandya remained unbeaten on a 47-ball 62, his fourth fifty of the season.

The Bangalore openers, Kohli and du Plessis, began confidently. Mohammed Shami conceded four fours in his first two overs, two to each batter. Kohli looked confident from the start and played some brilliant shots. He was dropped by Rashid, and could have been played on, off Pandya; instead, Bangalore picked up three fours in the over.

Bangalore reached 55/0 by the Powerplay, as good as sealing the match. Kohli, the more attacking of the two, reached his fifty with a six off Rashid, but du Plessis perished for 44 when he mistimed a slog off Rashid. Maxwell attacked from the word go, dominating the last part of the RCB innings. Rashid had Kohli stumped for a 54-ball 73, but that did not have any impact on Bangalore. Maxwell played shots all around the ground and finished unbeaten on 18-ball 40, including five fours and two sixes.