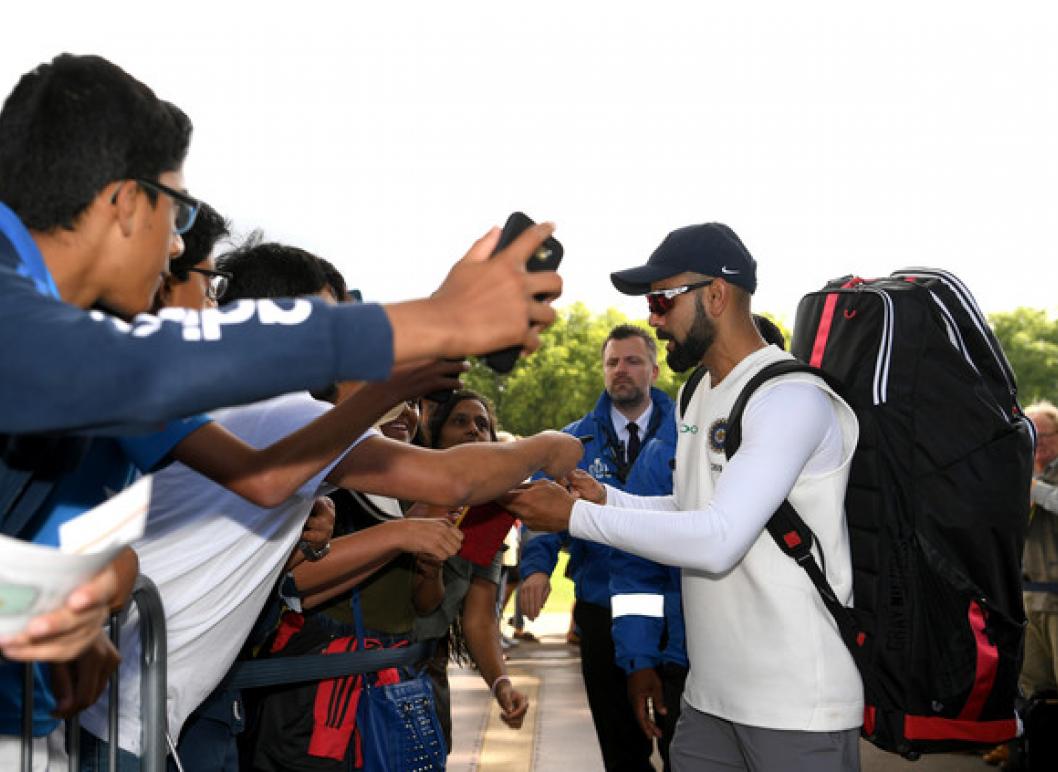 Ahead of the first Test match between India and Bangladesh that will be staged at Indore from Wednesday, the Indian batters had a feel of the pink ball at the nets session to gear up for the Day/Night Test match that will be held in Kolkata from November 22. On Tuesday, the batters were alternating between facing the pink and the red balls and it was interesting to see the Indians adjust to the swing and the pace of the ball.

Speaking about the session, Indian skipper Virat Kohli stated that it was a conscious effort to adjust to the pink ball and adapt accordingly as it offered more seam and swing than the normal red ball.

“I played against the pink ball for the first time yesterday and it swings a lot more compared to the red ball as there is extra lacquer on the ball which does not go away too soon and also the seam holds upright for a longer period of time. If the pitch has enough assistance, the fast bowlers will be in the game for a longer period of time,” Kohli said on the eve of the first match at Indore.

“I was given an opportunity yesterday to try it out. I think every one of us went through the drill (of alternating between pink and red ball) as you require extra concentration to pick the pink ball after you have played the red ball. I think it also helped us work on our reflexes because if you play with the red ball in the nets and then arrive to play with the pink ball, it becomes quite difficult, which can be the case in the match as well. So, we tried this trying to put together a match scenario, get into the zone where we were able to pick the ball a lot better,” the captain further added.

Kohli also added that the pink ball will swing more at the Eden Gardens pitch that will favour the bowlers, and the seamers will have a huge say in the game.

“The pink ball I have played yesterday, I think it swings a lot more compared to the red ball because there’s extra lacquer on the ball and doesn’t go away too fast and the seam holds upright quite a bit,” Kohli said.

“If the pitch has enough for the bowler then the bowlers will be in the game, especially the fast bowlers,” he added.