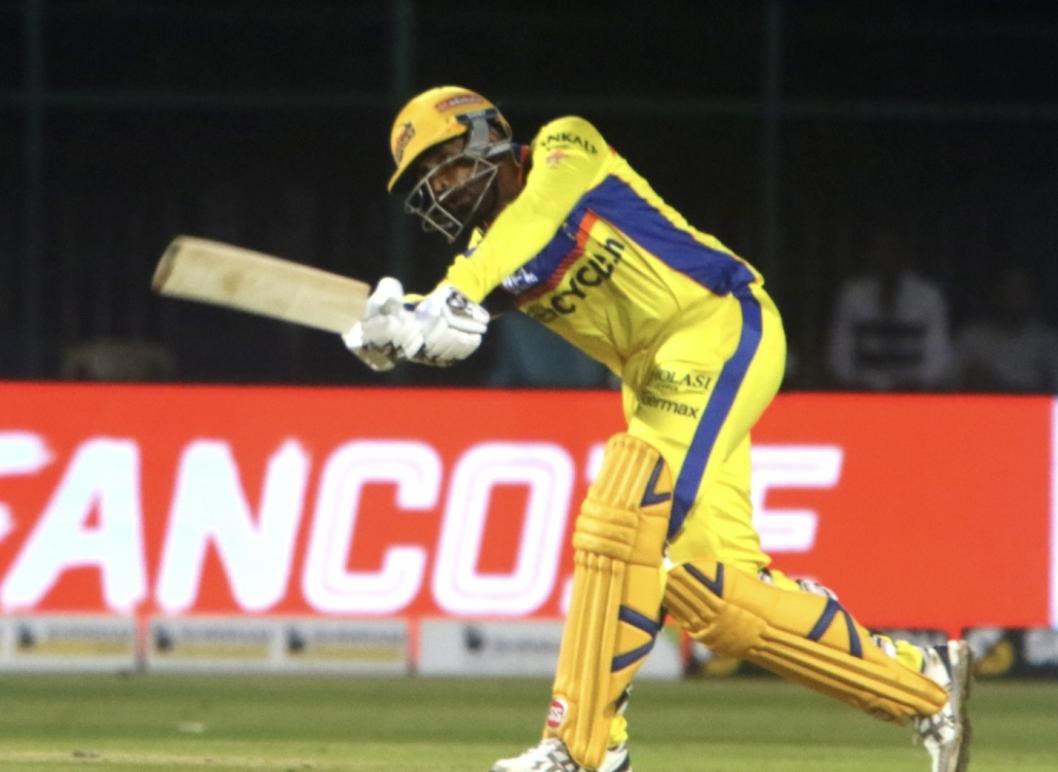 Shreyas Gopal played a brilliant hand with the bat before Shubhang Hegde picked 4 wickets as the Mysore Warriors put on a show for the home crowd, defeating the Shivamogga Strikers by 69 runs in second match of Maharaja KCSA T20 Trophy at the Srikantadatta Narasimha Raja Wadiyar Ground.

Asked to bat first, Mysore lost a couple of early wickets in Nihal Ullal (6) and Naga Bharath (1), before captain Karun Nair and Pavan Deshpande got their act going. The duo absorbed the pressure and then cut loose as the powerplay ended with the score on 41-2. Karun was well on his way to get a big score before the opposition skipper K Gowtham dismissed him for 27.

Gopal moved to the middle as a result, and he proceeded to destroy Shivamogga's bowling lineup. In Deshpande, who had the best seat in the house to watch Shreyas display his full repertoire of strokes across the park in a 39-ball knock, he had nice company and a smart approach.

He scored 62 runs while hitting three sixes and five boundaries, giving the home crowd enough to cheer about. Before the southpaw was castled by Gowtham for 43 runs, Shreyas and Deshpande put up a stand of 89 runs.

In the last few overs, Shivraj S. and Shubhang added a few ferocious hits as Mysore set Shivamogga to chase 173 in order to win. Gowtham and Stallin Hoover each took two wickets for the Strikers, and Avinash D took the crucial fall of Shreyas, who was dropped twice—in the eighth and the nineteenth overs, respectively—for the team.

When faced with a high necessary run rate, Strikers' batters failed in an effort to keep up. They lost Rohan Kadam, Stallin Hoover, Krishnamurthy Siddharth, and Smaran R in quick succession on the powerplay, dropping their score to 28-4. The excellent fielding and accurate bowling of Mysore guaranteed that the Strikers' were not going to get any freebies. Gowtham attempted to counterattack but was dismissed for 23, and the goal was then lowered to 161 off 18 overs due to rain.

As the Strikers began to crumble like a house of cards, Avinash was the next player to go for a score of 9. In the following over, Hegde dismissed Rajvir Wadhwa and MB Darshan, giving him a total of four wickets. Following Shreyas' dismissal of KC Cariappa for ten runs in the fourteenth over, Vidyadhar Patil finished off the innings by taking Vinay Sagar's wicket for eighteen runs, resulting in Strikers being bowled out for 91.