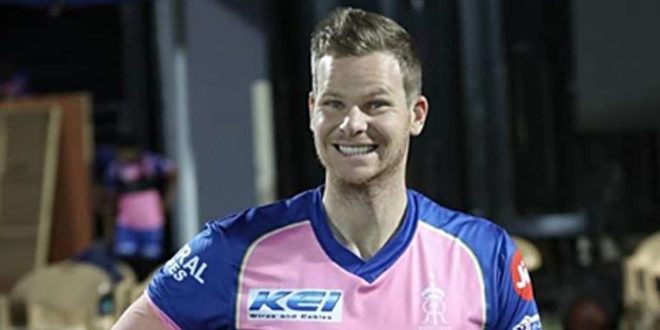 Ace Australian batsman Steve Smith said on Monday that he is open to participate in the Indian Premier League (IPL) if the ICC T20 World Cup scheduled in his country in October-November this year is postponed due to the ongoing COVID-19 pandemic.

There have been reports that the Board of Control for Cricket (BCCI) in India is also eyeing a September-October window for the IPL which had been postponed indefinitely last month.

However, Smith, who was named as the captain of the Rajasthan Royals earlier this year, said that he would be open to traveling for IPL only if the Australian government thinks it is safe to travel.

“I think when you’re playing for your country at a World Cup, that’s the pinnacle for one-day or T20 cricket, so of course I’d prefer to play in that,” Smith said when he returned to training with the New South Wales squad on Monday.

“But if that doesn’t happen and the IPL’s there, and they postpone it, then so be it. IPL’s also a terrific tournament as a domestic tournament.

“So that’s out of everyone’s control at the moment, players are just doing what we’re told and going where we need to go and playing whatever’s on at that stage.”

It has been reported that Cricket Australia wrote to the International Cricket Council (ICC) last week to postpone the T20 World Cup to next year. However, the fate of the tournament won’t be decided before the ICC’s meeting on June 10.

“I personally haven’t really thought about it, I think it’d just be going off the advice of the professionals and the governments and essentially doing what we’re told.”

If that happens then great, if not then there’s just so much going on in the world right now that cricket kind of seems a little bit irrelevant.

So we’ll get back when we’re told to and until then it is sit tight, get fit and strong and freshen up mentally,” said Smith.

Smith also went on to mention that he would like the World Test Championship to go on without any hurdles. At the moment, there are a lot of questions over its scheduling in the wake of the COVID-19 pandemic.

“…so it’d be good if we could carry on with that, but I don’t know, everything is sort of up in the air at the moment with everything going on around the world. So we’ll wait and see where everything lands.”