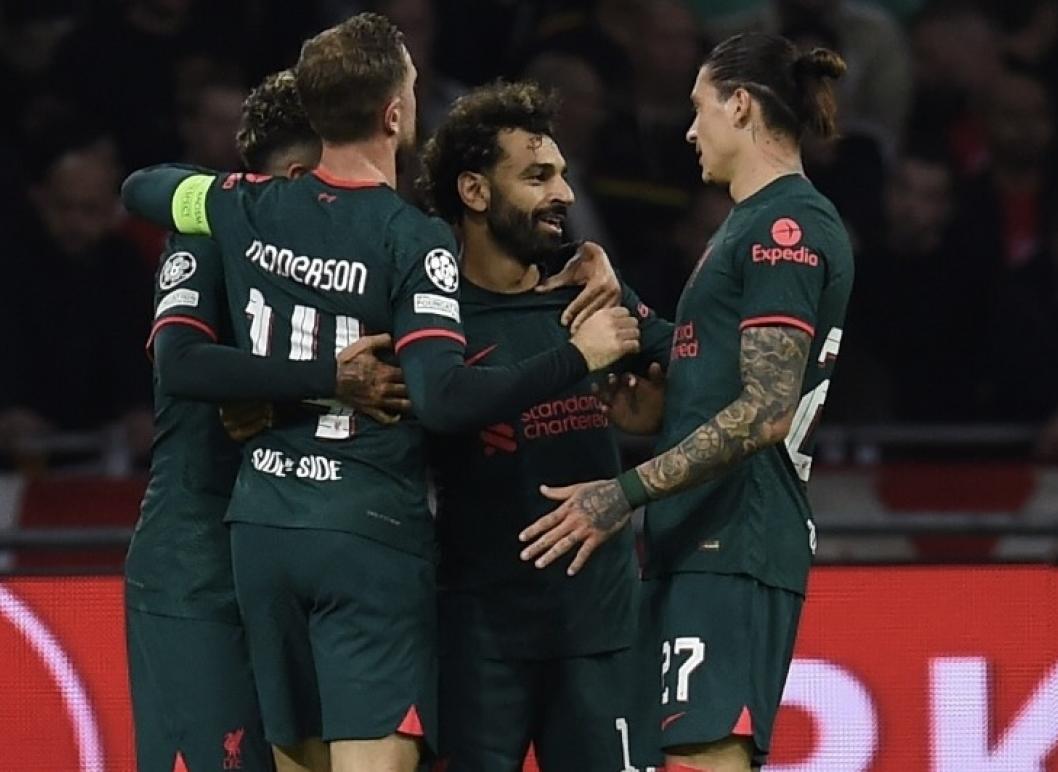 Jürgen Klopp's roster currently feels a little thin in a number of areas for Liverpool. Right-wing politics is one such area. Even though Mohamed Salah may be among the top players in the world at that position, there aren't many other players that could fill in for the Egyptian.

Diogo Jota has filled in there on a few occasions in the past, although he has looked less impressive on the right and is more effective there. In addition, Liverpool may need another attacker after losing Takumi Minamino and Divock Origi in the offseason. Julian Ward should therefore try to strengthen this area of the squad as soon as feasible.

The Liverpool sports director might want to fill the position in January, and it appears that the club is already interviewing potential applicants. Liverpool's scouts are keeping a close eye on one player in particular who might be a good fit for the position.

Liverpool scouts were reportedly present at the weekend's Danish top flight match between FC Midtjylland and FC Nordsjaelland, according to the Danish publication EkstraBladet. They maintained a tight eye on Gustav Isaksen, a 21-year-old winger for Midtylland.

Isaksen has been particularly impressive in the Europa League, where he has contributed to five goals in just six games for his side. He has seven goals and three assists this season. He averages 7.55 dribbles per 90 minutes in the Europa League this season, winning an astonishing 57.4% of his attempted take-ons. He is quick and adept at dribbling past his opponents.

Due to his versatility on the right wing, the Danish U21 winger will be a desirable player for Liverpool. Isaksen has spent the majority of his career as a right winger, however he can also play in the centre or on the left.

Isaksen, a left-footed winger, plays similarly to Salah in one-on-one situations by using his speed to outpace his opponent while displaying excellent technical skill. He then looks to cut onto his left foot to unleash a shot at goal.

He has only contributed to 0.43 goals per 90 league games on average for his team, although those figures are actually not that bad when you consider that Midtylland itself only scores 1.50 goals per 90. That implies he still contributes close to one-third of his team's goals as an attacker, which is a very respectable performance.

Isaksen's performance is significantly better in an offensive side, like the Danish U21 team, where the kid has scored seven goals and recorded three assists in just 1062 minutes, or 0.84 goal contributions per 90.

His successful pushing and excellent defensive effort rate during the Europa League group stages are two further appealing qualities. He won 69.2% of the 4.18 defensive duels he engaged in per 90 minutes, which is a very high and productive rate for a winger and is in line with Klopp's philosophy.

Although Isaksen is still a young player with plenty to learn about his game, he has a lot of promise and a playing style that might fit Liverpool. The Reds wouldn't necessarily be aiming for the finished product since the team simply needs a back-up, but having him sign would give Klopp some peace of mind knowing that there is a strong Salah cover.

Perhaps now is the right time for Liverpool to make a bid for Isaksen given that his contract has just one year left to go before it expires in 2024. The long-running Salah gamble taken by Klopp might finally come to an end.