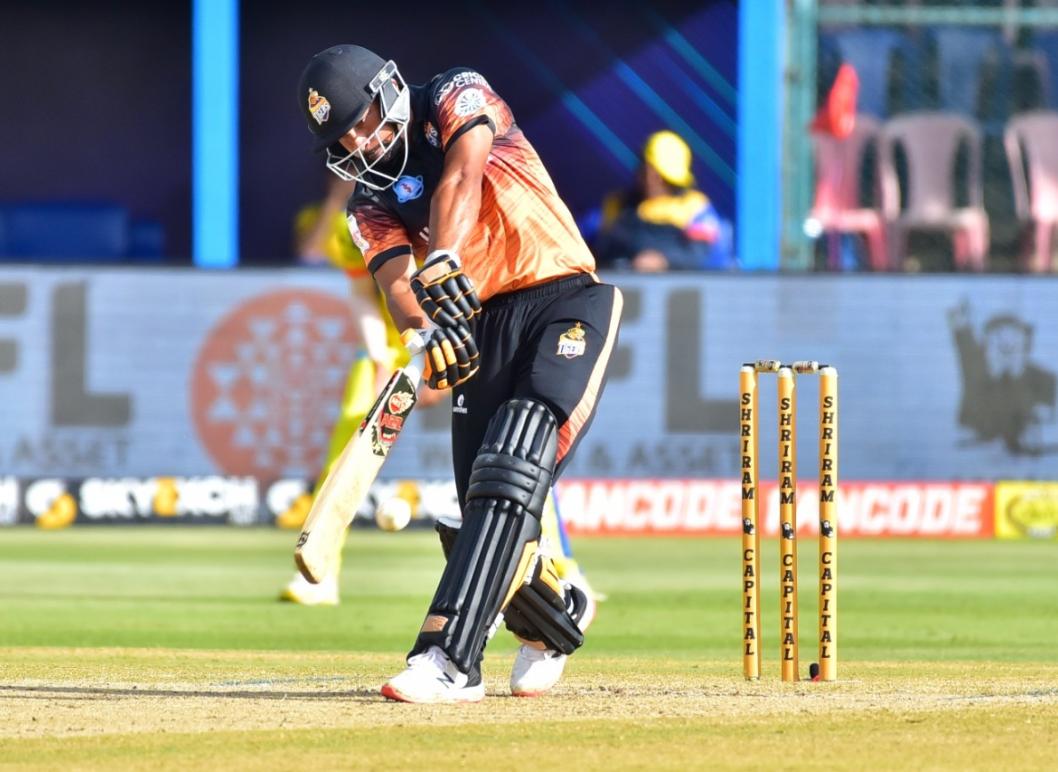 At the Srikantadatta Narasimha Raja Wadiyar Ground in this city on Wednesday, Mysore Warriors defeated Hubli Tigers by a score of 10-wickets thanks to captain Karun Nair's outstanding unbeaten innings (91 off 52).

When Hubli Tigers batted first, they lost BU Shiva Kumar (6) early on, but it didn't stop Luvnith Sisodia from smacking boundaries at will. In the powerplay, Sisodia's aggressive style propelled the Tigers' batting, but just as he looked poised to score a big one, he was out for 38 after hitting 9 boundaries.

After the powerplay, Shishir Bhavane needed to be carried off due to a knee injury he picked up while trying to take a second run. Liyan Khan and Naveem MG then tried to maintain the momentum, but the latter was knocked over for five.

The Tigers were 66/3 at the halfway point, and Khan and Sagar Solanki were playing well. But as the 32-run stand began to gain momentum, Solanki was dismissed for 8, Khan was next down for 26, and Abhimanyu Mithun was next, for 7. Tushar Singh made the most of his long handle by contributing 36 runs, bringing the Tigers' total after 20 overs to a respectable 140/6.

The Mysuru Warriors responded by getting off to a strong start as skipper Karun Nair and Nihal Ullal quickly adapted to their new roles and the home fans enthusiastically supported them. Both batsmen were content to wait to attack the poor deliveries rather than press the matter.

The diversified strategy allowed them to reach 47/0 during the powerplay while the Tigers bowling appeared to be struggling for inspiration. Soon after, the batters started the half-century stand and kept putting runs on the board.

Karun ramped up the pace as the halfway point drew near, reducing the equation to 58 needed in the next 10 overs. Karun reached fifty off 31 balls in the following over, and when it was time to leave, he either danced down the pitch or got on one knee to easily dismiss the bowlers. The Tigers' shoulders sagged as Karun increased the stakes, and soon the openers had completed the assignment in the 16th over.

The Bengaluru Blasters will play Mangalore United on Thursday, and the Mysore Warriors will play the Gulbarga Mystics in a different matchup. In Mysore, both games will be played.