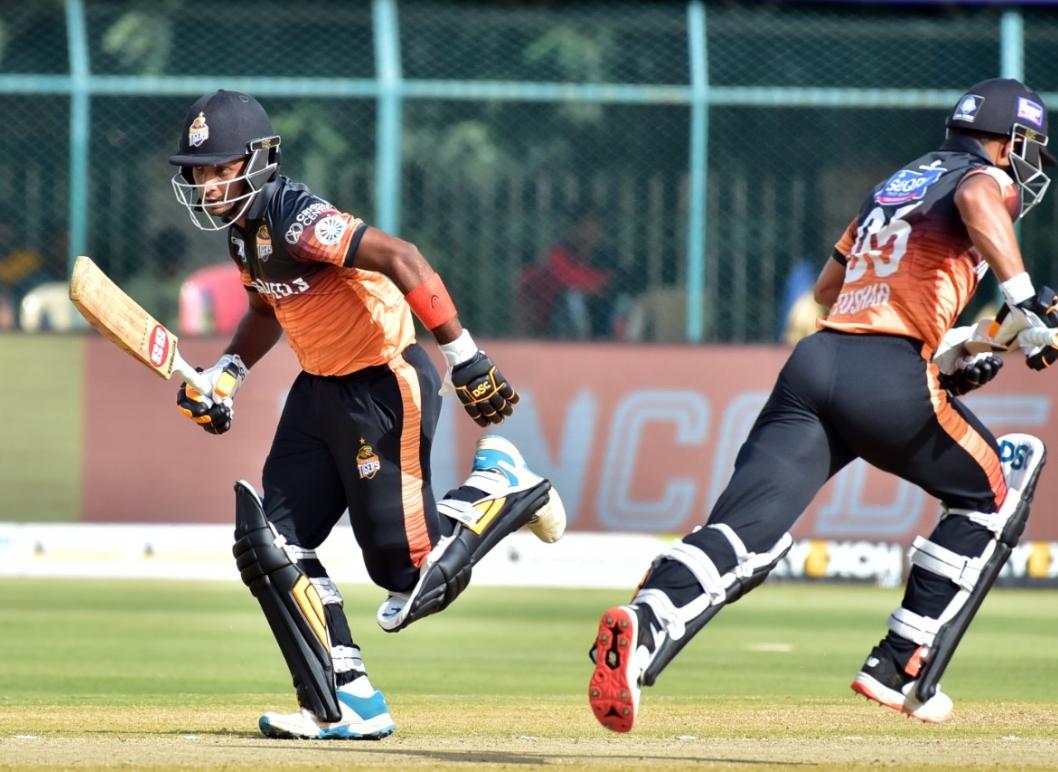 At the Srikantadatta Narasimha Raja Wadiyar cricket stadium on Monday, wicketkeeper-batsman Luvnith Sisodia finally lived up to the hype, scoring a brilliant unbeaten knock of 96 runs off 55 deliveries to lead his team Hubli Tigers to a 5-wicket victory over Gulbarga Mystics in the Maharaja Trophy T20 cricket competition.

Sisodia's innings was constructed on some deftly executed strokes, including 10 boundaries and four sixes.

Abhimanyu Mithun, captain of the Hubli Tigers, entered at No. 6, but didn't slow down the pace of the running. He had a lot of success, scoring 28 off 16 balls to help his team win quickly and stay in the game.

The Gulbarga Mystics scored a respectable 177/4 earlier in the game after being asked to bat first, according to an announcement from the organisers on Monday.

Jeswanth Acharya looked like a man on a mission while playing the final game in Mysuru before the T20 party goes to Bengaluru's Chinnaswamy Stadium. He smashed a magnificent 89 runs off 58 deliveries. His impressive innings, which featured six boundaries and seven overs, amused the enormous audiences in Mysuru that had gathered to watch the game on India's 75th Independence Day.

The Gulbarga Mystics hitters sought a high total after scoring a significant 191 on Sunday but losing to Mangalore United. Rohan Patil and Acharya provided a steady opening pair.

Before Patil, the first player to score a century in the event, was sent back to the pavilion by Gneshwar Naveen and caught by T. Singh, they both scored 78 runs. After receiving a life by Zahoor Farroqui for dropping a catch close to the boundary line, Patil earned 28 points off of 28 balls.

The second wicket to fall in the 13th over was wicketkeeper-batsman Krishnan Shrijith, who had five runs. Codanda Ajit Karthik (10) also lost his wicket shortly after, at 15.6 overs with 130 runs already scored.

The onus was on captain Manish Pandey and batsman Manoj Bhandage to stitch together a strong partnership after Acharya was sent back by bowler Vasuki Koushik in the 16th over. Pandey scored 25 off 14 balls and Bhandage scored 18 off 8 deliveries to put up a total of 177.