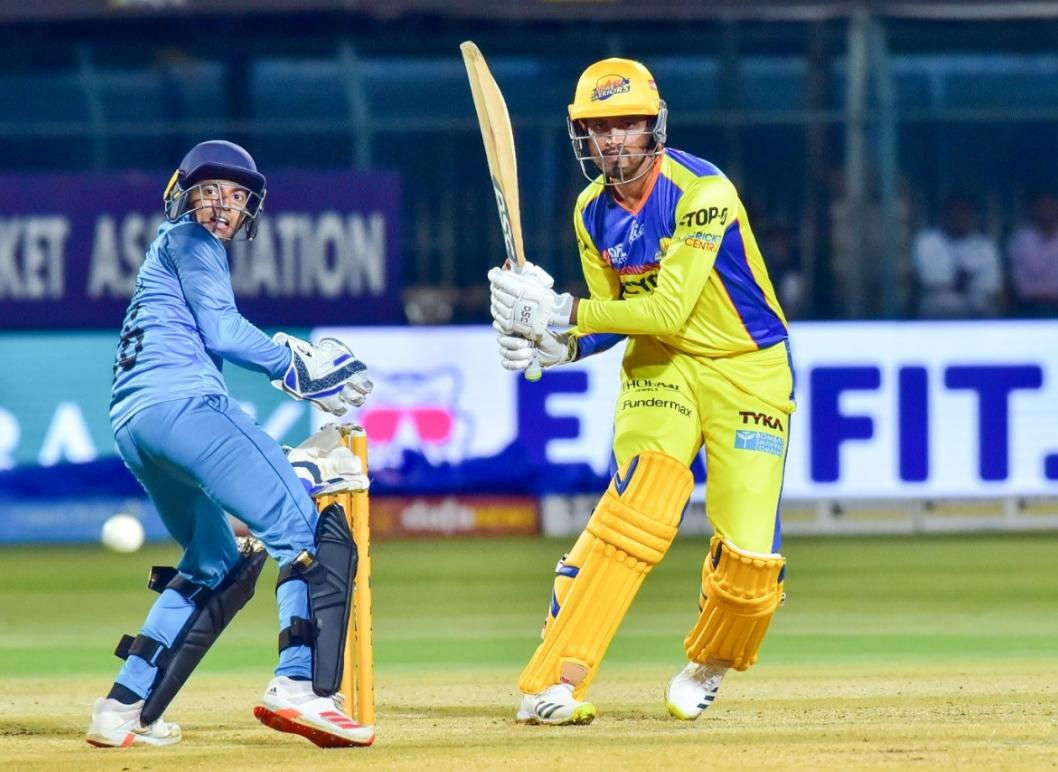 Rohan Patil, the opening batter for the Gulbarga Mystics, put up an amazing performance on Thursday, striking a magnificent 100 against the Mysore Warriors in a game that was postponed due to rain.

Patil's attack enabled the Mystics to win easily by nine wickets. Patil, who took 15 balls to achieve his fifty, took 42 deliveries to reach his hundred after previously hitting six sixes and ten fours. He won without a loss on 112.

The Mysore Warriors were given the opportunity to bat first after the toss was postponed due to rain, and they got off to a fast start thanks to their in-form openers Karun Nair and Nihal Ullal. The skipper was run out for 18 before they reached a speed of about 10 runs per over.

While Nihal and Naga Bharath made an effort to maintain the tempo, the opener fell in the process, returning to the hut for 27 in the ninth over. The Gulbarga Mystics had briefly applied the breaks, but Pavan Deshpande entered the game and immediately launched an assault.

Deshpande quickly scored 41 points by scoring four field goals and a six. Before Deshpande was out, he and Bharath put 63 runs together in an essential partnership.

The Warriors were given a platform from which to tee off. Before Bharath was fired for 35, Shivraj S and the total reached over 150. Shivraj (17*) and Shubhang Hegde (5*) completed the Warriors' innings as they reached 160/4 after 19 overs.

In response, Mystics opener Rohan Patil wreaked havoc, scoring 32 runs in the second over against Vidyadhar Patil, including four sixes and two fours. At the other end, Jeswath Acharya was unable to hold on for very long as he was dismissed for three runs in the fourth over with the score at 49.

Patil quickly reached his half-century, the fastest in the tournament thus far, at the end of the fifth over, after hitting four sixes and five fours during that span of time. His following over saw him smash three fours and a six as KL Shrijith took over at the other end. He was in no mood to slow down.

As Patil wasn't in the mood to spare any bowlers, the Mystics were 80/1 after six overs and appeared to be well on their way to a significant victory. After a break and a few quiet overs, Shrijith joined the group as Patil was very close to a fantastic century. Patil reached his century off 42 deliveries in the 13th over, just as his team was about to cross the finish line.

Patil and Shrijith (46*) compiled a century partnership before Patil ended the innings with a boundary at the start of the fifteenth over.