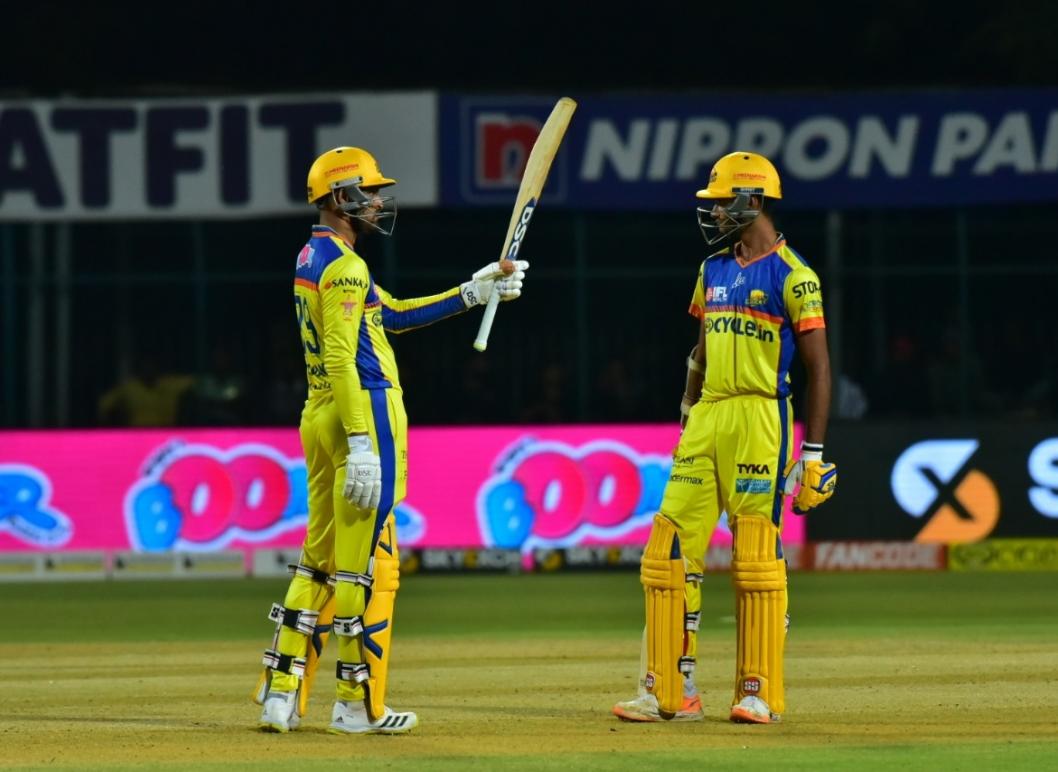 On Saturday night, Pavan Deshpande upped the ante for the Mysuru Warriors, striking a skilful half-century before Aditya Goyal and Shreyas Gopal helped limit the high-flying Bengaluru Blasters' batting to 165/8.

The Mysuru Warriors secured a 6-run victory at that point.

Mysore Warriors lost captain Karun Nair for one as they batted first, but that didn't really hurt them because Nihal Ullal and Pavan Deshpande got going. The pair only fully utilised the fielding limits during the powerplay and maintained the status quo, preventing the Blasters from making another early breakthrough.

Before Nihal was dismissed for 23, they put up a 59-run stand that gave the Warriors a lead. Despite the wicket falling, Deshpande kept playing aggressively, reaching his fifty in the 12th over with a six over midwicket. Deshpande hammered seven fours and two sixes throughout his 36-ball innings before being run out for 55 after being caught ball-watching a few deliveries later.

To move the innings forward, Shubhang Hegde and Shreyas Gopal added 35 runs before the latter was removed for 27. As the Warriors advanced quickly, Shivraj S added 13 more. Hegde finished unbeaten on 33 with three fours during his innings, giving the Warriors a final score of 171/6.

In retaliation, the Blasters got off to a sluggish start after losing captain Mayank Agarwal (8) and LR Chethan (4) in the first two overs. The burden of rebuilding fell to Aneesh KV and Shivkumar Rakshith, who put together a strong 50-run partnership until Shreyas Gopal struck.

Rakshith was removed by Shreyas for 34 and J Suchith was caught LBW on the first ball, but the hat-trick failed because Aniruddha Joshi was cautious. After the 10th over, with the objective still in sight, Aniruddha and Aneesh began to rebuild the innings.

Aneesh attempted to get things off by hitting a pair of sixes in the 15th over, but was quickly dismissed for 48, leaving the team with quite a bit of work to do. In the 17th over, Aniruddha (29) and Rishi Bopanna (2) were out for nothing, and Kranthi Kumar left for 5 as the lower order began to crumble. The remaining innings were completed by LR Kumar (9*) and Pradeep (11*), and the Warriors triumphed handily.

Both games on Sunday, in Mysore, will feature Shivamogga Strikers vs. Mysuru Warriors at 3 p.m. and Gulbarga Mystics vs. Mangalore United at 7 p.m.