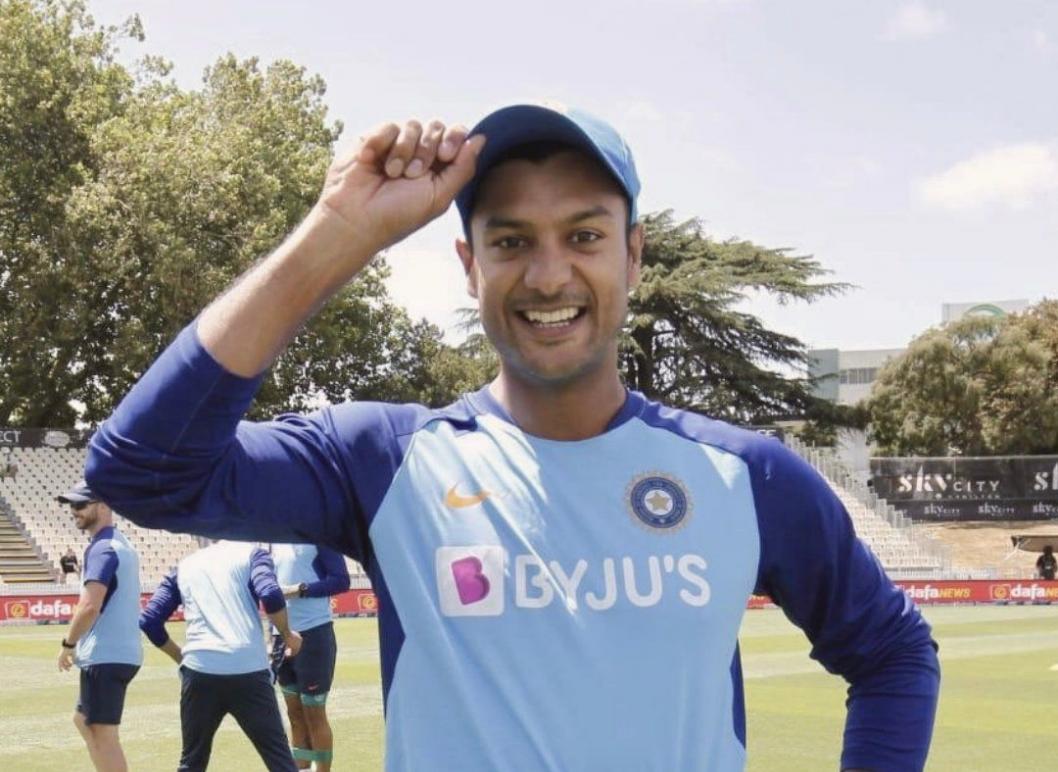 Opening batter Mayank Agarwal on Monday is all set to join the Indian team ahead of the upcoming Edgbaston Test against England, scheduled to start from July 1.

Prior to the rescheduled Edgbaston Test against England, the Board of Control for Cricket in India (BCCI) announced on Monday that opener Mayank Agarwal had been added to the Test squad as a replacement for skipper Rohit Sharma, who tested positive for Covid-19.

"Mayank Agarwal has been added into India's Test team for the rescheduled fifth Test in place of skipper Rohit Sharma, who tested positive for Covid-19, by the All-India Senior Selection Committee. Mayank has departed for the United Kingdom and will meet the team in Birmingham, "the BCCI stated in a formal statement.

As per his Instagram story, Agarwal was seen in the flight with "Birmingham" written above where he was seated. According to the latest government rules on travel to England, Agarwal won't be subjected to any quarantine period, and may be available to play immediately if needed.

Agarwal, 31, had initially been left out of India's squad for the Edgbaston Test named in May. But a right groin injury to KL Rahul, which ruled him out of home T20I series against South Africa in June and captain Rohit Sharma's availability in doubt due to testing positive for Covid-19 means that Agarwal is now on his way to Birmingham to join the Test squad.

Agarwal last played a Test match for India in March, during the two-match home series against Sri Lanka in Mohali and Bengaluru. He could manage to score just 59 runs at an average of 19.66. He then turned out for Punjab Kings in IPL 2022, where he was their captain.

While Punjab finished sixth in the points standings, Agarwal had a forgettable season with the bat, accumulating just 196 runs in 12 innings at an average of 16.33 and a strike rate of 122.5. He later played for Karnataka against Uttar Pradesh in the Ranji Trophy quarterfinal, scoring 10 and 22 in a five-wicket loss at Alur.

After a Covid-19 outbreak in the England visitors' camp, the fifth and final Test in Manchester was moved to Edgbaston this year. India is now winning the Test series 2-1. From July 7 to July 17, India will play three ODIs and the same number of T20Is.