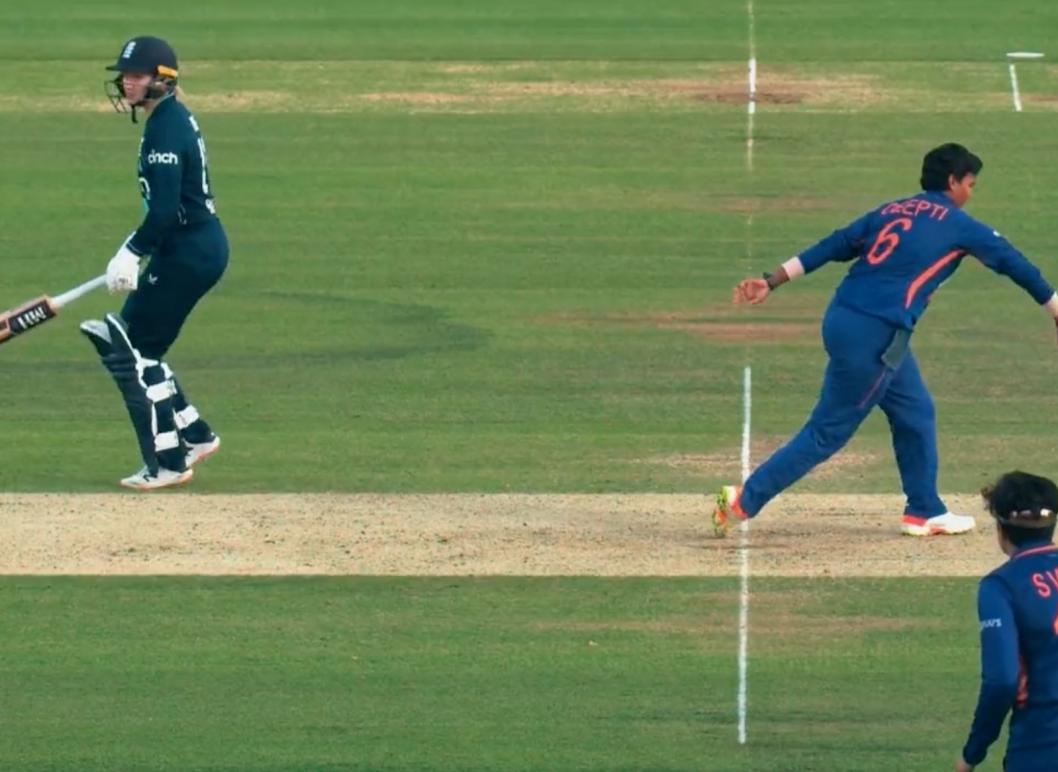 On Sunday, the Marylebone Cricket Club (MCC) requested that hitters stay in their crease until the bowler releases the ball.

In a thrilling conclusion to the third ODI at Lord's on Saturday, off-spin all-rounder Deepti Sharma ran out Charlie Dean at the non-end. striker's

Charlie's batting efforts and her 35-run partnership with Freya Davies for the game's final wicket gave England what appeared to be an unbelievable victory over India. However, Deepti saw Charlie leaving the crease at the non-end striker's on the fourth ball of the 44th over while in delivery stride and removed the bails, giving India a 16-run victory and a 3-0 ODI series victory over England.

The MCC has reaffirmed the guidelines that the off-spin all-rounder and the visitors followed at Lord's on Saturday in light of the harsh criticism that Deepti and the Indian squad have received from several England bowlers for violating the spirit of the game.

"The Law is unambiguous, as it must be for all umpires to be able to understand it at all levels of play and at all times. Cricket is a diverse sport, and this is also true of the way it is played. The MCC understands that the Spirit of Cricket is applied differently around the world because they are its caretakers."

"Respectful argument is healthy and should continue, since one person will point out that the bowler in such cases is breaching the Spirit, while another would point out that the non-striker is receiving an unfair advantage by leaving their ground early," the author writes.

"MCC continues to advise non-strikers to stay in their area until they have observed the bowler release the ball. Dismissals like the one we saw yesterday would then be prohibited. Although the match's unique conclusion yesterday was exhilarating, it was correctly officiated and should not be seen as anything more "According to the MCC's statement.

Being run out at the non-end striker's was changed from being considered "unfair play" in Law 41 to "run out" in Law 38 earlier this year by the MCC. The MCC stated that although the modification won't be put into practise until October 1, it was made "to clarify this topic and to place an onus on batters to ensure that they do not leave the crease at the non-end, striker's prior to a bowler releasing the ball."

Deepti ran Charlie out because she had backed up too far at the non-end, striker's leaving Charlie in tears. India has now won six straight games in the ICC Women's Championship 2022–2025 cycle, led by Harmanpreet Kaur.