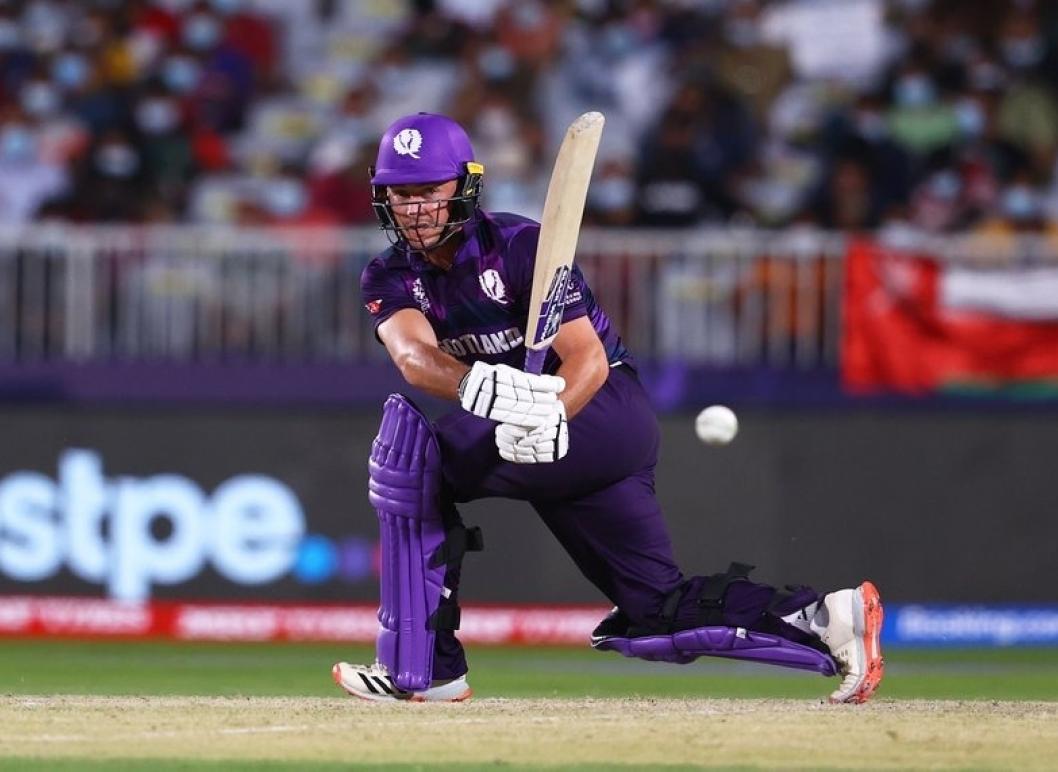 Scotland stunned Bangladesh with a six-run victory at the Al Amerat Cricket Ground in Match 2 of the Men’s T20 World Cup 2021 on Sunday, 17 October.

Chasing a below-par 141, Bangladesh did not get the start they were looking for. The openers – Liton Das and Soumya Sarkar – departed cheaply inside four overs, to Bradley Wheal (3-24) and Josh Davey (1-24) respectively.

Shakib Al Hasan and Mushfiqur Rahim steadied the ship, adding 47 in 46 balls before the former was undone by Chris Greaves in the 12th over. Rahim became Greaves’ second victim in his next over, as Bangladesh were down to 74/4 in 13.1 overs. They needed 67 in 41 at this point.

Afif Hossain played aggressively (18 in 12 balls) to keep the asking rate under control. But once he fell to Mark Watt (1-19) in the 18th over, Bangladesh went on the back foot again, and never really came back in the hunt. Mahedi Hasan played a breezy cameo (12* in 4 balls), but it came all too late. In the end, they closed on 134/7.

Earlier in the evening, Scotland rode on Greaves’ 28-ball 45 to reach 140/9 after being asked to bat. They got off to a poor start after Kyle Coetzer fell for a seven-ball duck to Mohammad Saifuddin. George Munsey (29) and Matthew Cross (11) held the fort, adding 40 in 28 balls before Mahedi Hasan trapped Cross leg before in the eighth over to trigger a collapse.

Mahedi (3-19) and Shakib (2-17) then spun a web around Scottish batters to reduce them from 45/1 to 54/6 in no time. Greaves launched his counterattack, laced with four fours and two sixes, and was ably supported by Mark Watt (22 in 17) to steer Scotland to a respectable total.

Barring Mahedi and Shakib, the other Bangladeshi bowlers went for more than seven and a half an over. Mustafizur Rahman bowled a maiden, but finished with 2-32.

Scotland will next play against Papua New Guinea on 19 October at the same venue, while Bangladesh will take on Oman on the same date later in the evening.